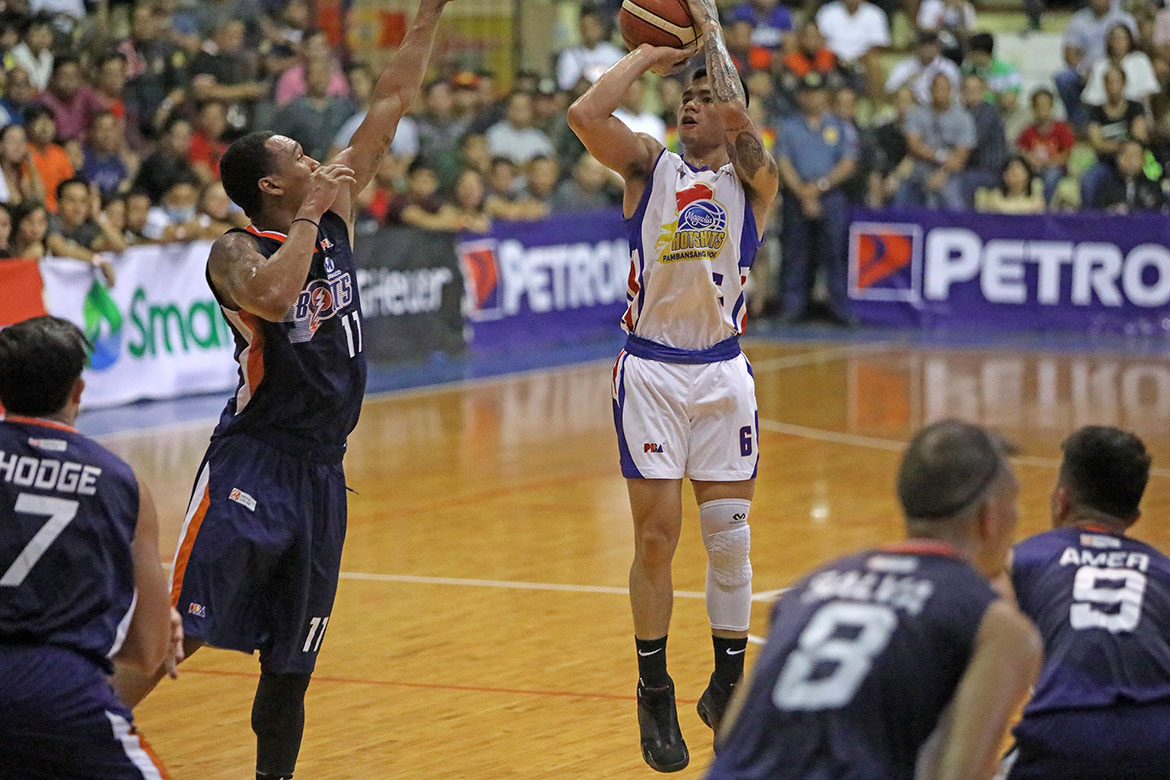 Jio Jalalon shone brightly in front of his compatriots as he led the Magnolia Hotshots to their first win in the 2019 PBA Philippine Cup, edging the Meralco Bolts, 92-86, Saturday at Xavier University Gym in Cagayan de Oro.

The third-year guard was Magnolia’s Mr. Fourth Quarter. He scored 11 in the Hotshots’ blazing 16-4 scoring spree that turned a five-point deficit to an 89-82 cushion with 3:49 left to play, which they would never give up the rest of the way.

Jalalon finished with 19 points, nine rebounds, and four assists in the win that snapped their three-game skid.

The victory served as a fitting welcome for the returning Paul Lee and Mark Barroca, who are both fresh from a successful tour of duty with Gilas Pilipinas. Lee had 15 points and six rebounds, while Barroca chimed in 11 markers.

Lee and Sangalang joined hands inside the final 1:10 by splitting a free throw and by sinking a nifty lay-up, respectively. That shut the door on the Bolts, who still got to within three 86-89, after Nard Pinto’s jumper with 2:13 left.

Chris Newsome produced 22 points, seven rebounds, and seven assists to lead Meralco, who absorbed their third loss in a row and are down to 2-5. Baser Amer chipped in 18 points and seven caroms as well.

Magnolia will now look to build a streak when they take on the Phoenix Pulse Fuel Masters on March 9, Wednesday. Meanwhile, Meralco will aim to end their slide versus the NorthPort Batang Pier on March 8, Friday. Both games are at the SMART Araneta Coliseum.

READ  #TheRivalry: Too early for the New Kid?