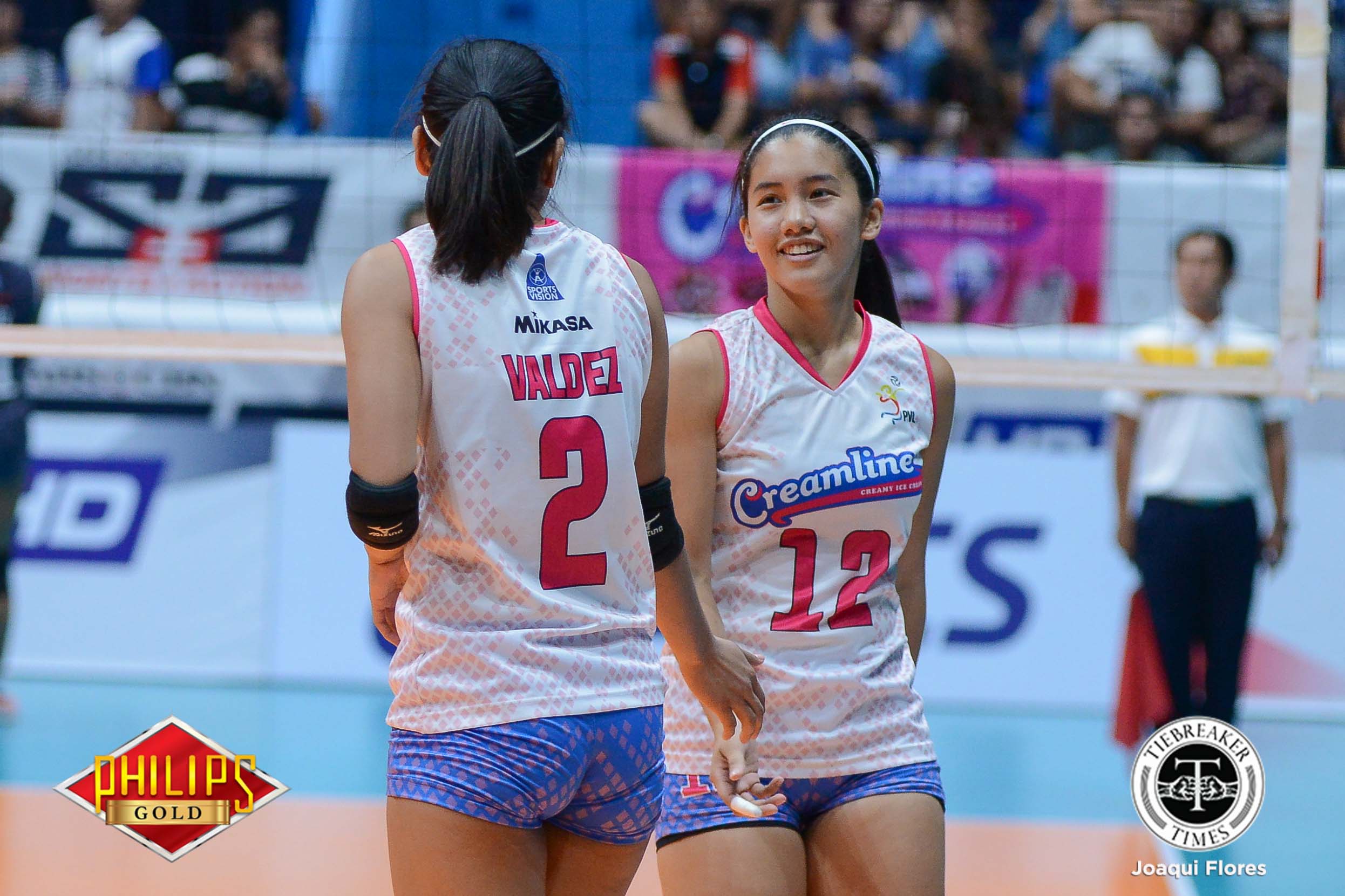 The 5-foot-7 setter picked Petro Gazz’s defense apart in Creamline’s four-set triumph. Amidst the pressure-packed atmosphere, her steady performance shone, dishing out a plethora of sets for her attackers with precise execution while dealing damage whenever she caught the Angels napping on defense.

The two-time PVL Finals MVP put all but three Cool Smashers in the scoring column en route to 21 excellent sets to go along three points. While Morado glued things together for Creamline, she still attributed her solid playmaking to her teammates.

The reigning champions showed that their vaunted offense isn’t just the only weapon in their arsenal as their defense is also up to par. To the delight of Morado, the Cool Smashers netted 70 excellent digs and 31 excellent reception in the win.

Moreover, her fine performance propelled Creamline’s three-peat bid as the Cool Smashers are now on the cusp of a title. Still, despite being a win away from supremacy, Morado said that her team will brush aside pressure and complacency in order to fulfill the task at hand.