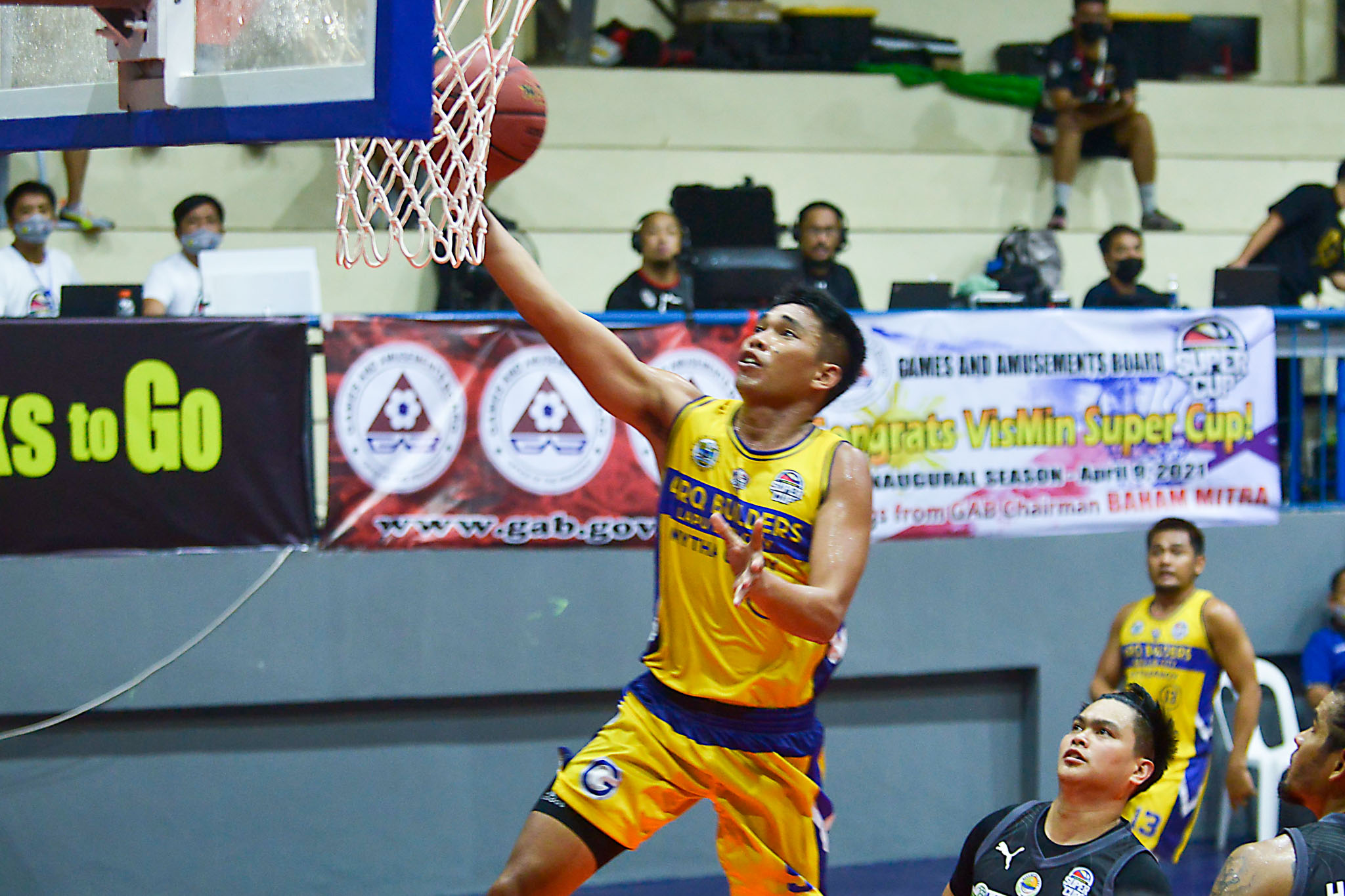 The Heroes were coming off a highly emotional week stemming from the controversial game it figured in against Siquijor last Wednesday that saw five of its core players in Jojo Tangkay, Reed Juntilla, Monbert Arong, Dawn Ochea, and Ferdinand Lusdoc suspended for the first round. Moreover, Talisay did not have its head coach Francis Auquico on the bench as he was slapped with a first round ban as well.

ARQ Builders-Lapu Lapu had all the excuses in the world to just roll over and let this game pass by.

But they did not.

“Mindset namin was to redeem ourselves,” said assistant coach Jerry Abuyabor, who along with Alex Cainglet, John Carlo Nuyles, Hamilton Tundag, and Roger Popot worked hand-in-hand to develop a game plan against the Aquastars.

For 36 minutes, the 10-man Lapu-Lapu squad kept toe-to-toe with Talisay.

Chris Regero, who had not scored a point in their first two games, played the game of his life scoring 12 points on 6-of-6 shooting. Same with Franz Arong who had 10 points despite not even logging in a single second prior to this contest.

Vince Manguito, who was entrusted to lead the squad, had 13 points and seven rebounds while Jerick Canada glued things together with 15 assists on top of 10 points.

“Our bench was always ready to step up. They just needed an opportunity,” shared Abuyabor.

Talisay’s depth proved to be too much for Lapu-Lapu in the endgame, however. In the closing stretches of the contest, their tired legs could no longer contain Jhaymo Eguilos, Shane Menina, and Paulo Hubalde.

The Heroes eventually succumbed to the Aquastars, 75-84, suffering their first loss of the season.

Still, there were a lot of positives in the game.

“All coaches were proud of the way all the players played. We did it with the full effort we had,” praised Abuyabor.

Lapu-Lapu still has two more games before they could have their core back — versus KCS-Mandaue on the 20th and Tubigon Bohol the next day.

With their outing against Talisay, Abuyabor is confident that they can snatch those games.

“With prayers and the right focus, we can get those two games. Kakayanin namin ‘to para sa aming pamilya at mga players namin na naiwan sa villa.”