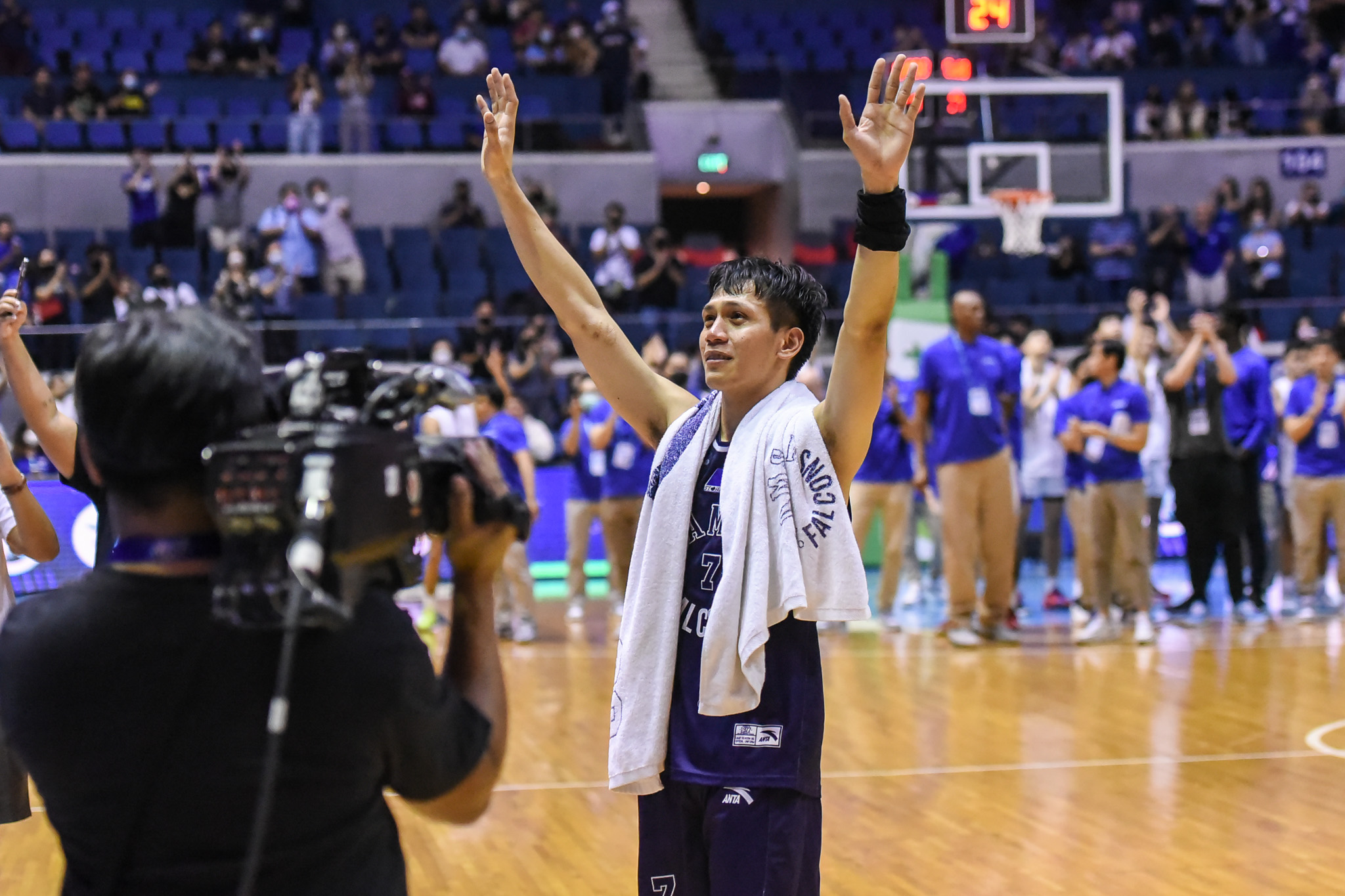 When the Soaring Falcons sang the Adamson for the last time this UAAP Season 85, Jerom Lastimosa was in front to lead the group.

In the UAAP, it has been a tradition that in a team’s final game in the season, the graduating players will stand in front as a tribute to their service to their respective schools.

Lastimosa still has one more year of eligibility left, but there are currently a handful of overseas offers for him at the table. It’s been a recurring theme as of late in the UAAP ranks, floating around since last season.

When asked about next season and if Jerom will be the first building block of it, there was an awkward silence before the 5-foot-11 guard said in jest:

Turning serious, then, the high-scoring playmaker out of Dumaguete said that in his four years in the Falcons’ nest, the job is not yet done.

Just like this season, Adamson’s goal is to enter the Finals. However, Ateneo de Manila University cut that dream short with a dominant 81-60 win on Wednesday at the Smart Araneta Coliseum. 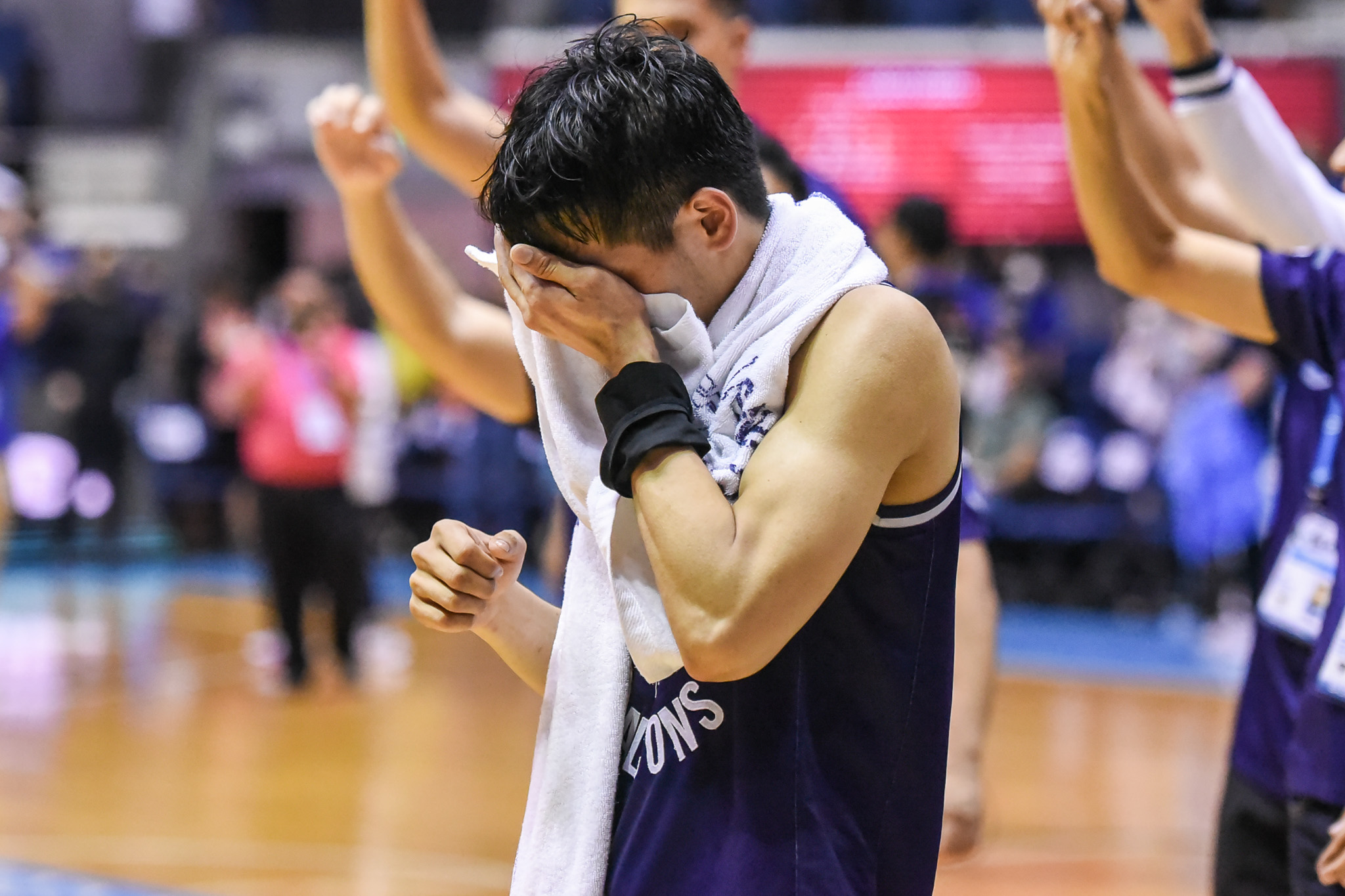 In his rookie year, the Soaring Falcons finished second after the elimination round. They then suffered elimination to University of the Philippines in the Final Four.

In Seasons 82 and 84, they fell short of a spot in the post-season.

But despite not reaching their goal in all of his four seasons, he still made a mark in Adamson, as proved by the love he accepted from the Falcons’ faithful after their final hymn this season.

And for that, Lastimosa could not help but feel emotional. When Adamson coach Nash Racela was put on the spot if there will be anyone from the team that would not be back in Season 86, he said there is none.

But there’s an “unless.”

“Everybody will be available next year, walang ga-graduate… unless something comes up. I’ll know for sure,” said Racela. 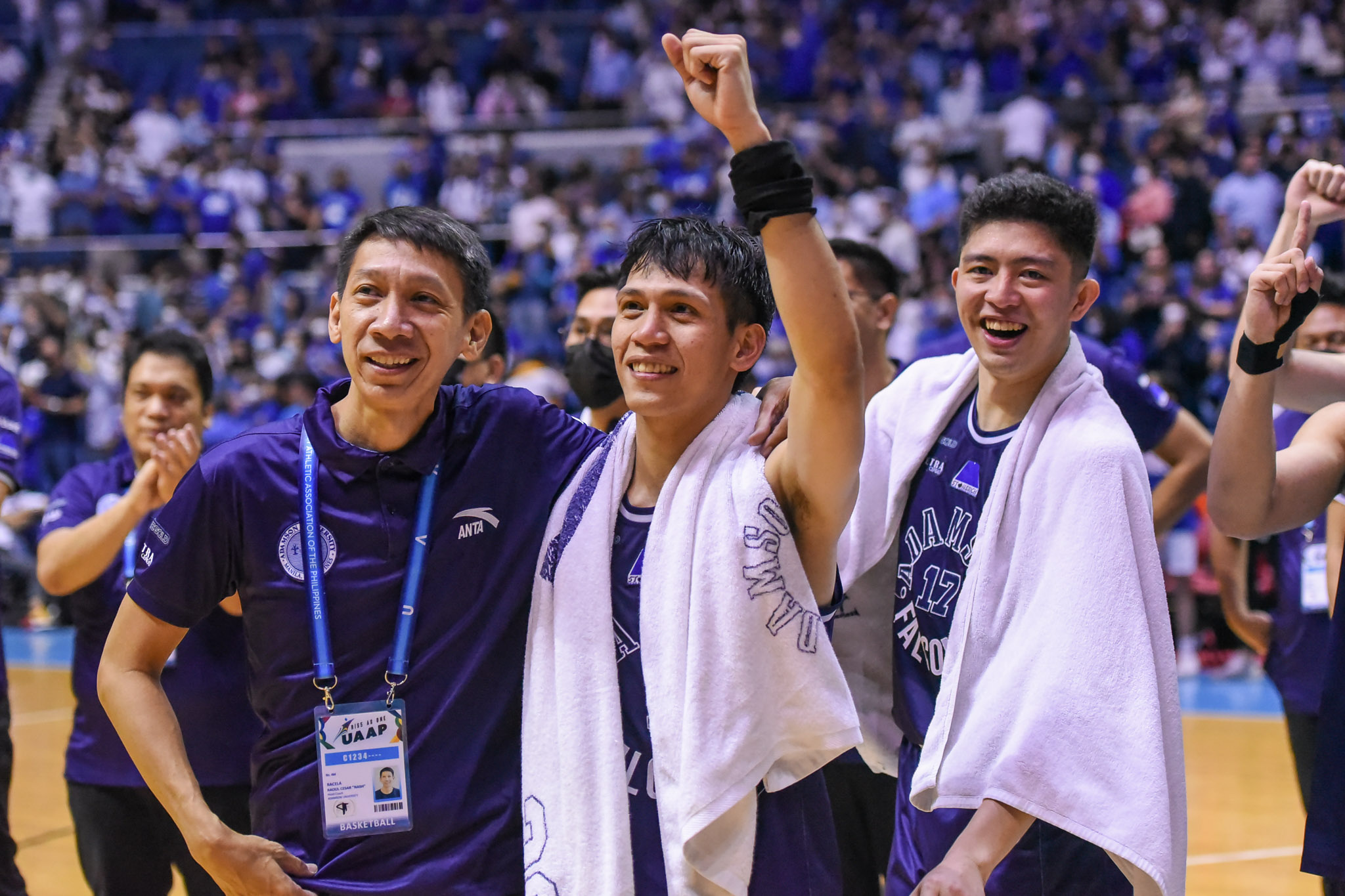