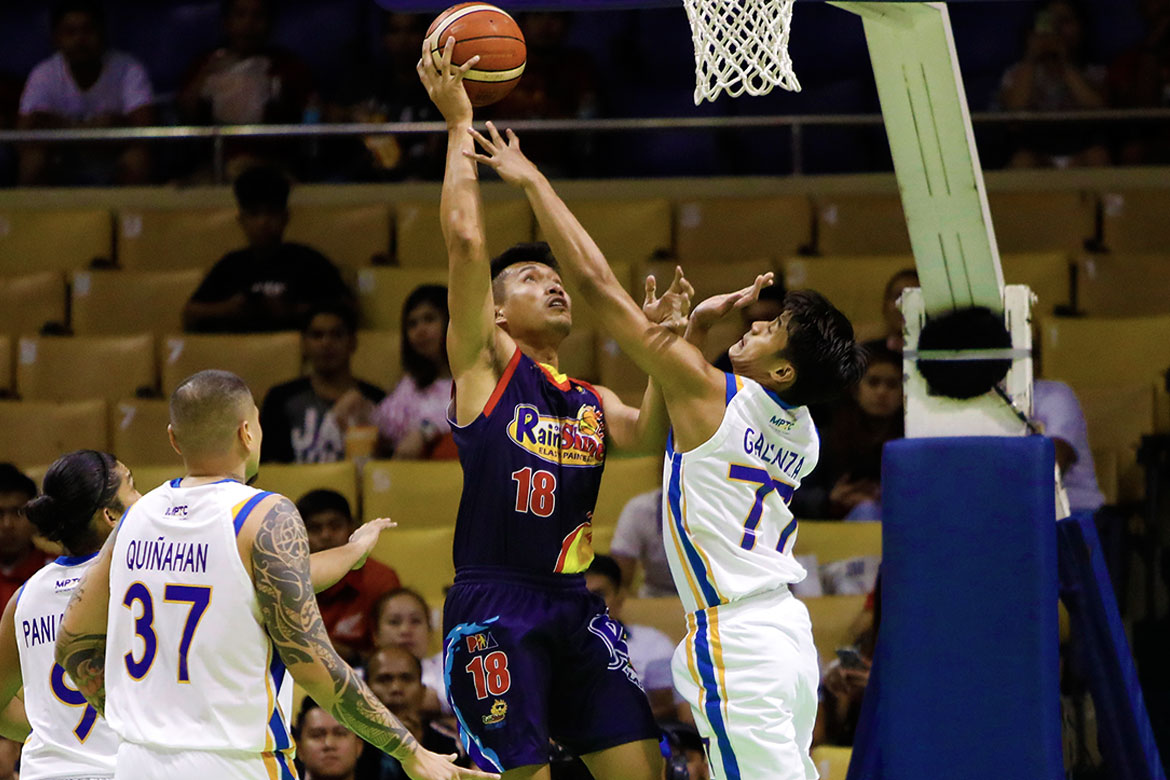 Despite facing a revamped squad, the Rain or Shine Elasto Painters kicked off their 2019 PBA Philippine Cup campaign on the right foot following their 96-87 victory over the NLEX Road Warriors, Friday night at the Cuneta Astrodome in Pasay city.

The Elasto Painters broke away in the second quarter by unleashing an overwhelming 23-7 blitz – punctuated by Norbert Torres’ bucket – en route to a 40-28 lead with 12 seconds to go. After that, they never looked back.

Rain or Shine would go on to lead by 18 early in the final period.

“Good start for us,” said Rain or Shine head coach Caloy Garcia. “Throughout the game we had a bad start. We had good ball movement. James [Yap] stepped up big time. It’s really difficult playing against NLEX.”

James Yap had a vintage performance in the win, scoring 20 points spiked by four triples alongside three assists to pace the Elasto Painters. Rookie Javee Mocon made quite an impression, as he had 13 markers and five rebounds.

Rain or Shine’s win spoiled the debut of Poy Erram and the return of Kevin Alas, who has finally graced the court since tearing his ACL back in the 2018 Philippine Cup semifinals opposite eventual runners-up Magnolia Hotshots.

But the Elasto Painters missed the services of Raymond Almazan due to a sprained ankle. “Sprained ankle nung Tuesday. Medyo ‘di maganda talaga yung injury. I’m not sure if he’ll be able to play against Ginebra,” said Garcia.

Rain or Shine will face the Barangay Ginebra San Miguel on January 26, Saturday, in Calasiao, Pangasinan, while NLEX will take on the NorthPort Batang Pier this Sunday, January 20, 4:30 PM at the SMART Araneta Coliseum.