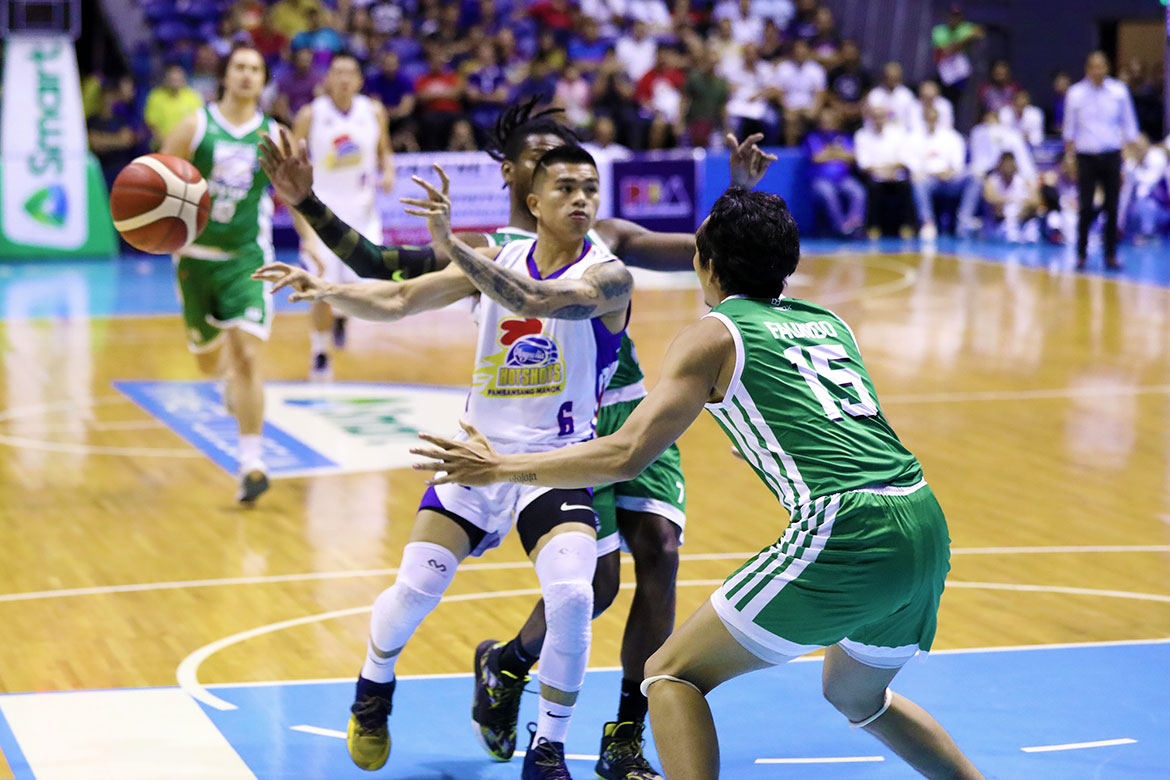 Playing their third game in five days hardly affected Magnolia, as the Hotshots beat the Columbian Dyip, 110-103, to collect their second win in the 2019 PBA Commissioner’s Cup, Sunday evening at SMART Araneta Coliseum.

Magnolia pulled off an overwhelming 18-0 blitzkrieg in the third quarter to turn a four-point deficit to a wide 76-62 advantage with 4:35 on the clock. The Hotshots then never relinquished their position in the driver’s seat.

The Hotshots have improved to 2-2.

James Farr and Ian Sangalang had 22 points apiece and combined for 19 rebounds to lead Magnolia.

Paul Lee produced 21 points on a 70-percent clip with three assists and two rebounds. Jio Jalalon flirted with a triple-double by churning out 17 points, 12 rebounds, and seven assists, with two steals against just one turnover.

Columbian’s loss spoiled the debut of import Lester Prosper — their replacement for Kyle Barone — who led the Dyip with 26 points on 55 percent shooting. He also had 14 rebounds, two blocks, and an assist in 41 minutes.

Moreover, the loss ruined the return of Jerramy King. The fourth-year guard from California played his first game back after suffering a slight tear in his posterior cruciate ligament back in the 2019 Philippine Cup last January.

Channon Thompson, surging Motolite dig deep, get back at PacificTown–Army