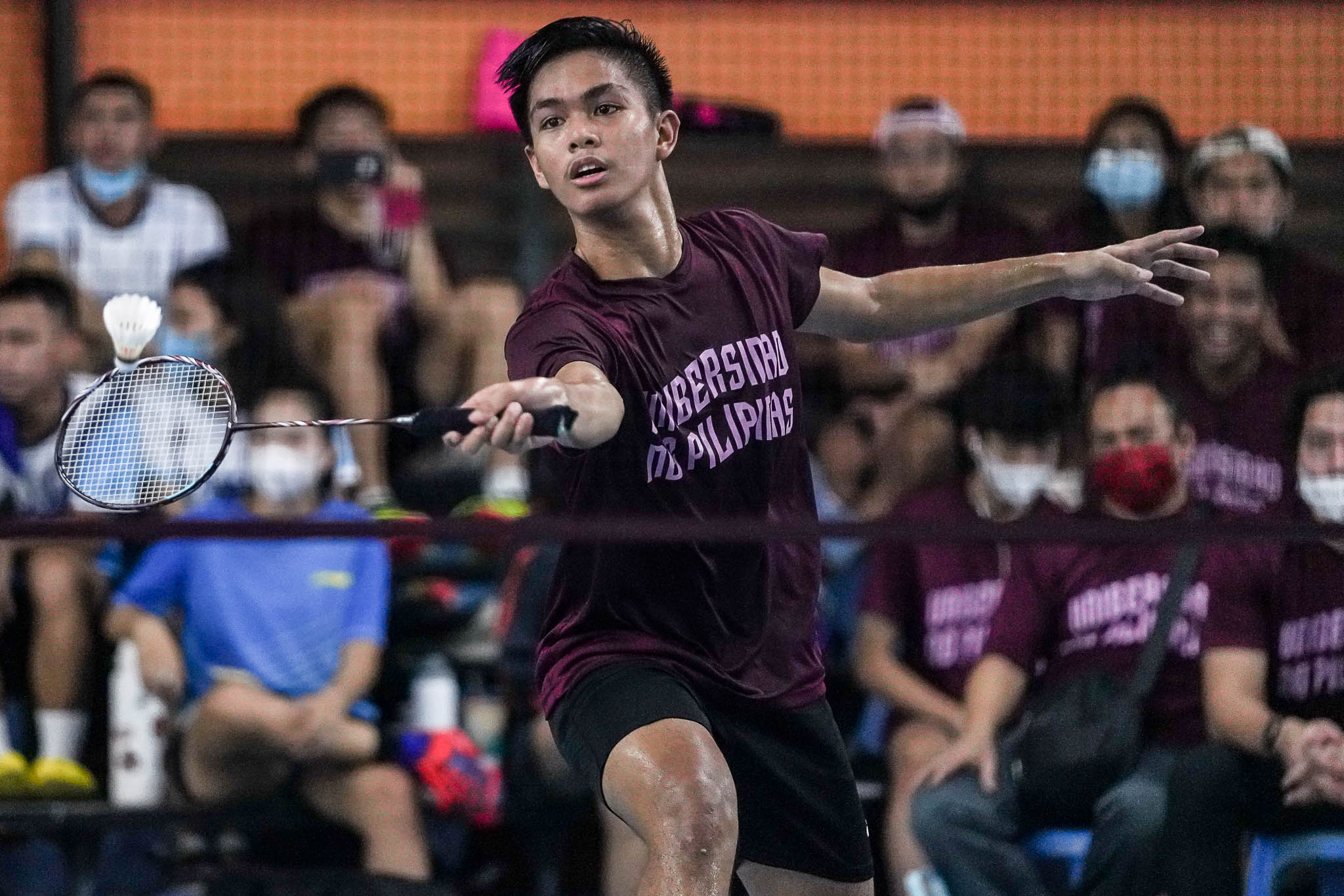 The Fighting Maroons took care of the all-UAAP Group A after a dominant 5-0 sweep of University of Santo Tomas to go into the winner-take-all tie later in the afternoon.
Freshman Kervin Llanes fended off the challenge of Golden Shuttler Lennox Cuilao in three sets, 21-14, 18-21, 21-12, in the men’s singles match to set the tone for the tie for the Fighting Maroons.

Fellow rookie Anthea Gonzalez followed it up with a 21-6, 21-5 crushing of Charlize Belen in the women’s singles rubber before super seniors Michael Clemente and Paul Gonzales closed out the tie once more in the men’s doubles. Clemente and Gonzales needed to shake off Francis Sarmiento and Lanz Ramirez, 21-17, 21-19.

Despite an exchange in pairings, the Fighting Maroons still took the women’s and mixed doubles matches to complete the rout.

Susmita Ramos and Althea Fuentespina took care of Elij Pena and Jennifer Saldaga, 21-15, 21-14, in the women’s side, while Jason Vanzuela and Lea Inlayo waylaid Rhafi Santos and Ron Jacob Galve, 21-15, 21-13.

On the other hand, the Red Shuttlers took down Polytechnic University of the Philippines, 4-1, to join UP in the championship tie.

Julie Gimena and Ianah Belen wrapped up the tie in the fourth match — women’s doubles — against Jermae and Angel Esto, 23-21, 21-5. This after Mary Joy Arizara of PUP took one back for the Mighty Maroons in the women’s singles match over Anniena Cruz of San Beda, 21-12, 21-18.

#ReadMore  Carlos proud of Ateneo run despite Finals loss to UP

Arthur Salvado and Lynden Laborte put the Blue Eagles for a bronze medal finish with a sweet 21-15, 21-15 rout of Adamson’s Noel Hernandez and Gabrielle Ganoy in the men’s doubles match.

On the other hand, Joanna Dumapit and Derothy Mella sealed one win for TUP to close its campaign, winning over RTU’s Lowella Navarro and Andrea Paurillo in their women’s doubles battle.

Ateneo and PUP ended up as co-bronze medallists as UP and San Beda will dispute the title later in the afternoon at 1 p.m.

This tournament is organized by the Philippine Badminton Association, powered by SMART Communications, and supported by the MVP Sports Foundation, Ducksports, Young, and Apacs.