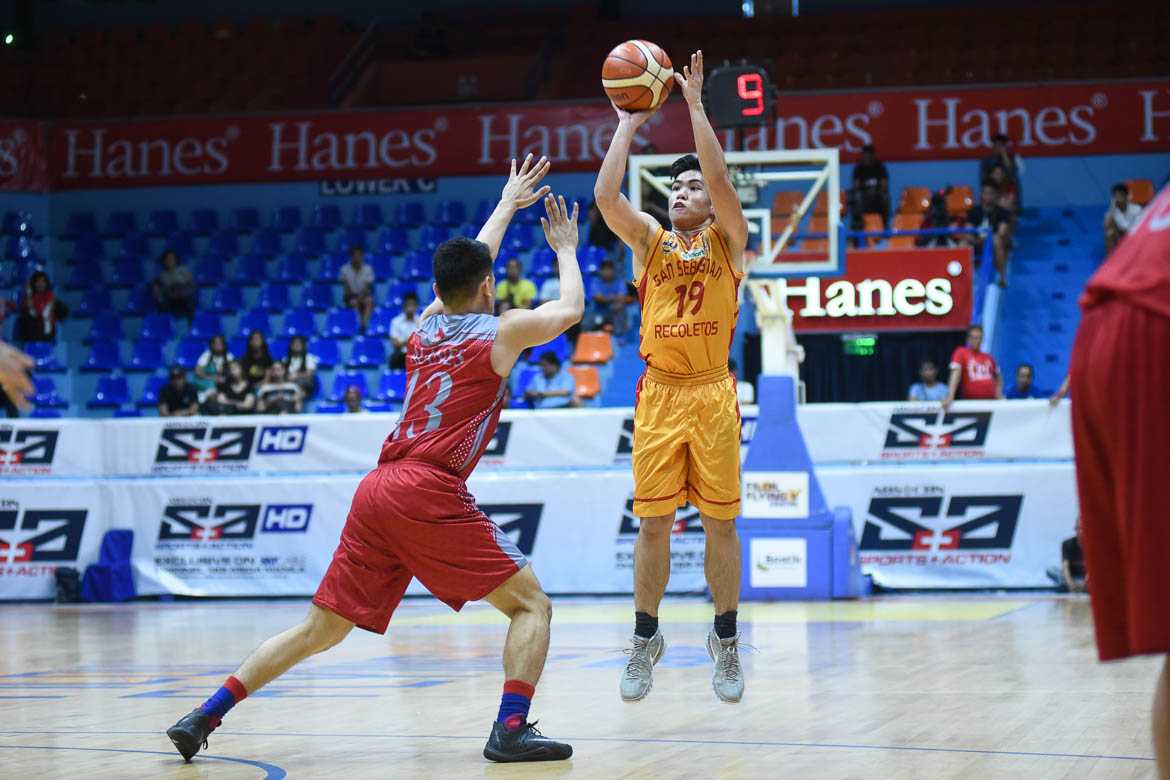 Another win, another Golden Stag student-athlete steps up.

Leading the charge this time for the Stags was 19 year old rookie RK Ilagan. The Bulacan-native was the high point man with 25 points on 8-of-17 shooting, knocking down seven three-pointers in the win – all in the second half.

“I guess everybody wanted to win and everybody stepped up for us and played defense,” San Sebastian head coach Egay Macaraya said.

After a close first half with Lyceum going toe-to-toe with their opponents, Alvin Capobres’ hustle and RK Ilagan’s hot-shooting led the San Sebastian third quarter surge that broke the game wide open. Ilgan knocked down four triples in the quarter.

San Sebastian’s three-point party extended its invitation to Jayson David and Jerick Fabian in the quarter, with the latter’s triple extending the lead to a game-high 13 points, 55-42 with 1:04 remaining.

On the other end, the Pirates struggled on the offensive end, shooting just 36 percent from the field. Moreover, Lyceum shot a horrendous 29-of-50 from the charity stripe that compounded their woes.

MJ Ayaay and Wilson Baltazar tried to will Lyceum back, going on a 5-0 run late in the final frame to cut the San Sebastian lead to just six points with 1:54 remaining. However, Ilagan dampered any hopes of a Lyceum comeback, knocking down a cold blooded triple – his seventh of the game, seven seconds later.

After notching its fifth win, Macaraya deflected all the credit to the team’s manager and the San Sebastian community for believing in them.

“Very supportive din yung San Sebastian community even if we lost a lot during the first round. Hindi sila nagsasawa sumoporta sa amin.”

Mike Nzeusseu was the only Pirate in double-figures with 24 points to go along with 19 rebounds.

In addition to the defensive stand they displayed, the Stags were also able to limit its turnovers to just eight in the game.

The San Sebastian Stags (8th, 5-9) look to continue the roll they are in on Friday, September 2, facing the Letran Knights at 4:00pm. On the other hand, the Lyceum Pirates (T-6th) tries to bounce back against the EAC Generals on the same day at 2:00pm.