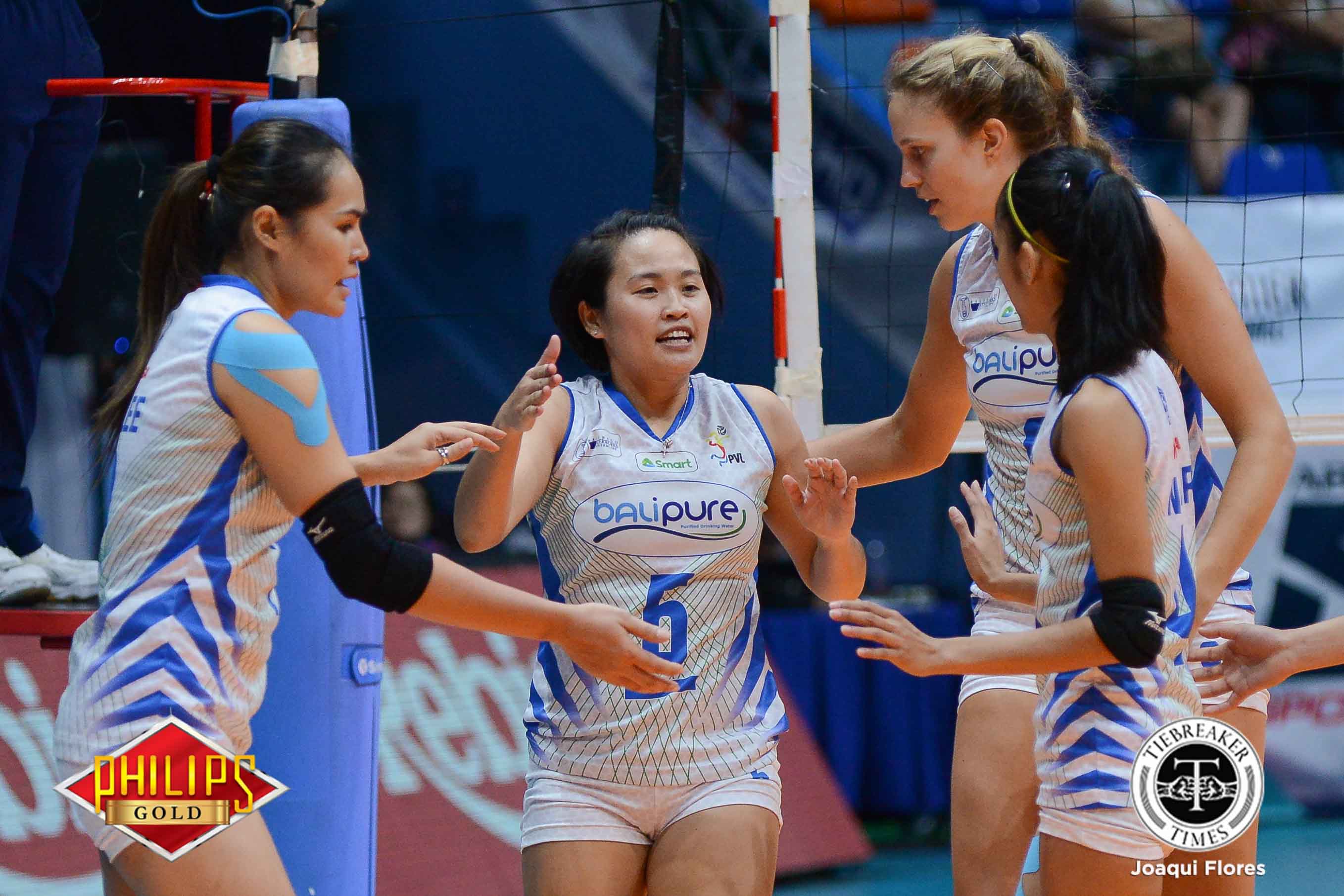 The Premier Volleyball League Reinforced Conference schedule has been frantic, to say the least. After changing the format to give imports more games to play, teams have had to play consecutive matchdays.

The Bali Pure Purest Water Defenders, for instance, have played six games in the last 10 days, including back-to-back games last Saturday and Sunday.

Despite this, Bali Pure still managed to keep their spot atop the standings and, with a five-set win over the Creamline Cool Smashers earlier today, clinched an outright semifinals berth with a 7-2 record.

Head coach Roger Gorayeb is proud of his squad’s perseverance in what he deems the toughest part of the season. The Water Defenders bought themselves valuable rest time while the bottom four teams slug it out for the two remaining semis spots.

The Purest Water Defenders still have a match on Thursday against the Perlas Spikers. Gorayeb promises not to take the encounter lightly, but his wards will be cautious so as not to risk injury.