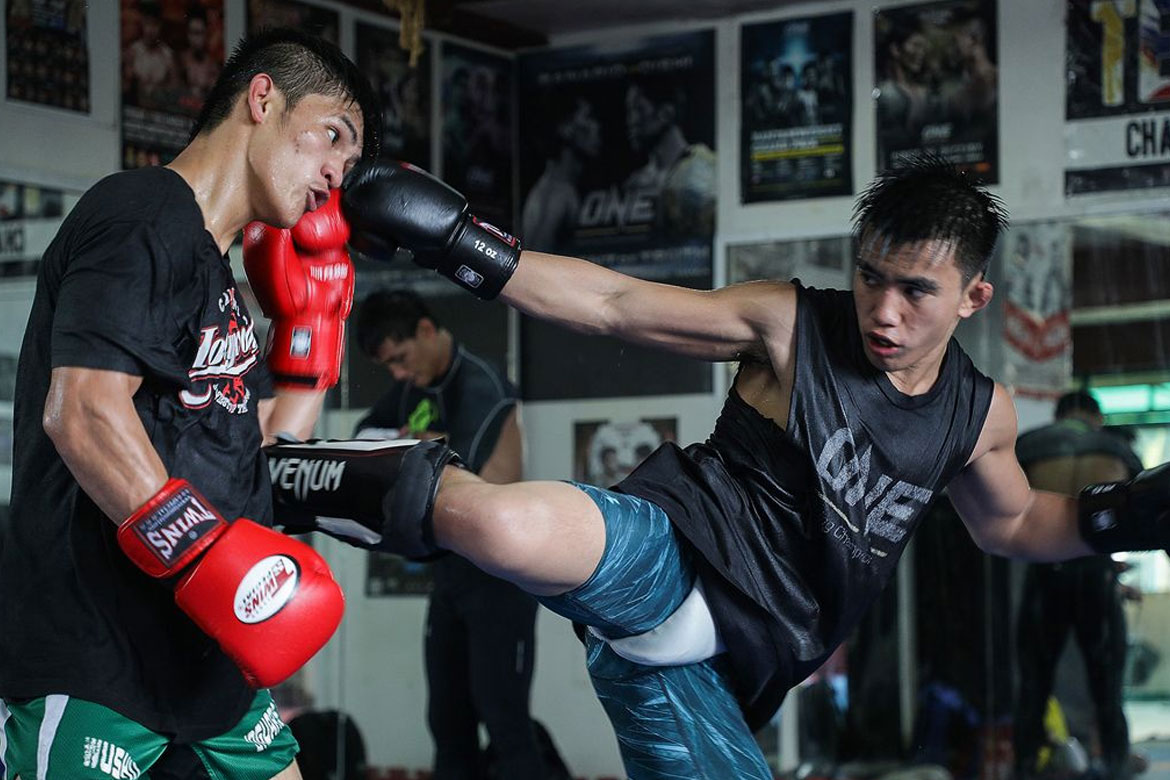 ONE Strawweight World Champion Joshua “The Passion” Pacio admitted as much, saying there comes a time when fatigue kicks in and it’s easier to give in to the urges of the human body.

Thankfully, his best friend and ONE Flyweight World Grand Prix semifinalist Danny “The King” Kingad is there to push him during those days — and vice versa.

There are times, however, when one of the celebrated duo from Team Lakay does not feel like training. In those cases, the other one will always make it a point to convince his friend to go to the gym and grind.

“The thing about Danny and I is that one would always mention going to training when another one feels lazy,” Pacio explained.

“We’re just a text away. If I feel lazy and he texts me to train with him in the afternoon, then I’ll come. Same goes with him.”

Their method might be simple, yet it’s effective — especially during the off-season, when neither of the two has a scheduled bout.

But now that Kingad is knee-deep into the ONE Flyweight World Grand Prix, it’s a different story altogether.

“The King” is slated to meet former ONE Flyweight World Champion Kairat “The Kazakh” Akhmetov in the tournament semifinals, and, evidently, there has not been any lazy days for the two of them.

“But win or lose, we have to stay motivated and keep this hunger.”

The winner between Kingad and Akhmetov will proceed to the tournament finals. There, they will face the victor of the semifinal match-up between former UFC World Flyweight Champion Demetrious “Mighty Mouse” Johnson and former DEEP Flyweight World Champion Tatsumitsu “The Sweeper” Wada.

READ  Lito Adiwang pays tribute to the woman who raised him

Johnson, touted as one of the greatest mixed martial artists in history, is widely regarded by scribes and fans alike as the favorite to win the ONE Flyweight World Grand Prix.

Even Pacio knows “Mighty Mouse” is a dangerous opponent, but warns that his pal will be ready and will do whatever it takes to beat the American sensation, should both reach the tournament championship.

“Demetrious Johnson will certainly be the biggest fight of his life, and it’s going to be really dangerous,” Pacio said.

“But I see the hunger in Danny, and I know he’s capable of pulling off an upset if he reaches the finals.”