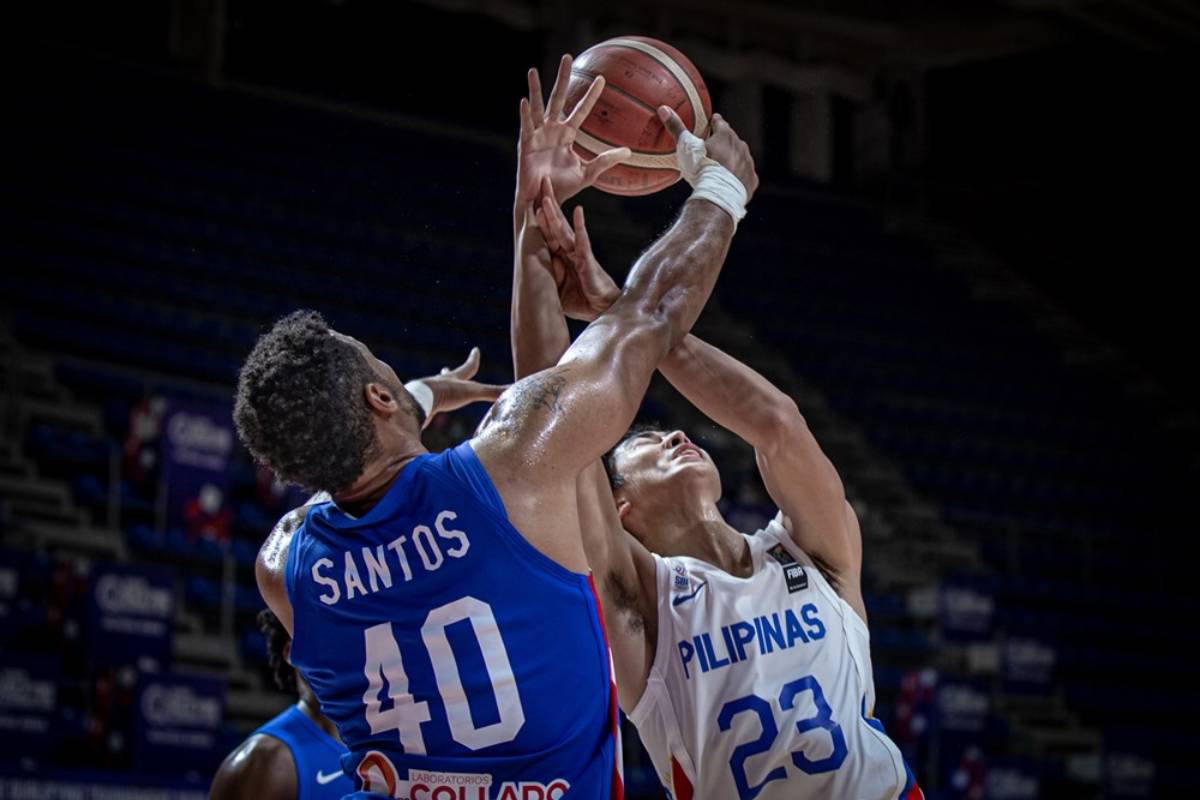 Gilas Pilipinas bid goodbye to its Tokyo dreams as it bowed to the Dominican Republic, 94-67, in the FIBA Olympic Qualifying Tournament at the Aleksandar Nikolic Hall in Belgrade, Serbia Thursday night (Friday morning, Manila time).

The Filipino dribblers had a solid first half that saw them lead by eight, but failed to sustain momentum as their more experienced foes came out roaring after the break and seized control in the third before cruising to the victory.

Gilas, who were coming off a rousing performance against world no. 5 Serbia 24 hours ago, finished its campaign with a 0-2 card.

“In the second half, they came out very physical. They came out to make a statement against us and they certainly did. But we didn’t stand up to the pressure,” said head coach Tab Baldwin postgame.

“We didn’t execute what we can execute, and what we should execute under pressure. It was a very disappointing second half for us. No excuses. Not much to say about it other than we were outplayed, outcoached, and outgunned.”

Gilas actually had a spotty start into the game, but finally got its rhythm in the second period. A one-point deficit turned into a 33-25 advantage following a William Navarro breakaway jam with 5:31 on the clock.

Jordan Heading’s three-pointers kept the Philippines ahead, but Republica Dominicana made it a close affair. Veteran Victor Liz buried a triple to make it just a two-point game before the halftime intermission.

And the break did not halt whatsoever the groove of the world no. 19. Their defense stifled Gilas, and eventually regained the upper hand, 47-45, following a Michael Torres Cuevas lay-up with 7:34 to go in the third.

Baldwin’s charges tried to be within distance, 53-51, but that proved to be the closest they could ever get as the cagers from the Caribbean unloaded an overwhelming 24-2 scoring spree that lasted for over eight minutes.

By the end of the blitzkrieg, the Dominicans were up with a commanding 77-53 advantage midway through the final chapter.

“You got to give the Dominican Republic credit for the way they played and doing what they had to do to win and win convincingly. All I can do is say that we’re disappointed and we have many things to learn from this,” Baldwin said.

Gilas also shot itself in the foot as they committed 23 turnovers that led to easy baskets for the Dominican. Moreover, the young Filipinos also went just 9-of-16 from the foul stripe.

Heading paced Gilas with 16 points, spiked by four triples. Ange Kouame chipped in 10 markers and six rebounds in the defeat.

Meanwhile, the 35-year-old Liz led the Dominicans with a game-high 23 points. The high-flying Gelvis Solano produced 21 points, as Torres Cuevas supplied 20 in the victory that completed the semifinal cast.

Dominican Republic (1-1) will take on Italy, who clinched the top seed in Group B following a come-from-behind 90-83 win over Puerto Rico earlier.

Gilas, on the other hand, will get little rest as they prepare for the Asia Cup proper which takes place from August 17-29 in Jakarta, Indonesia.