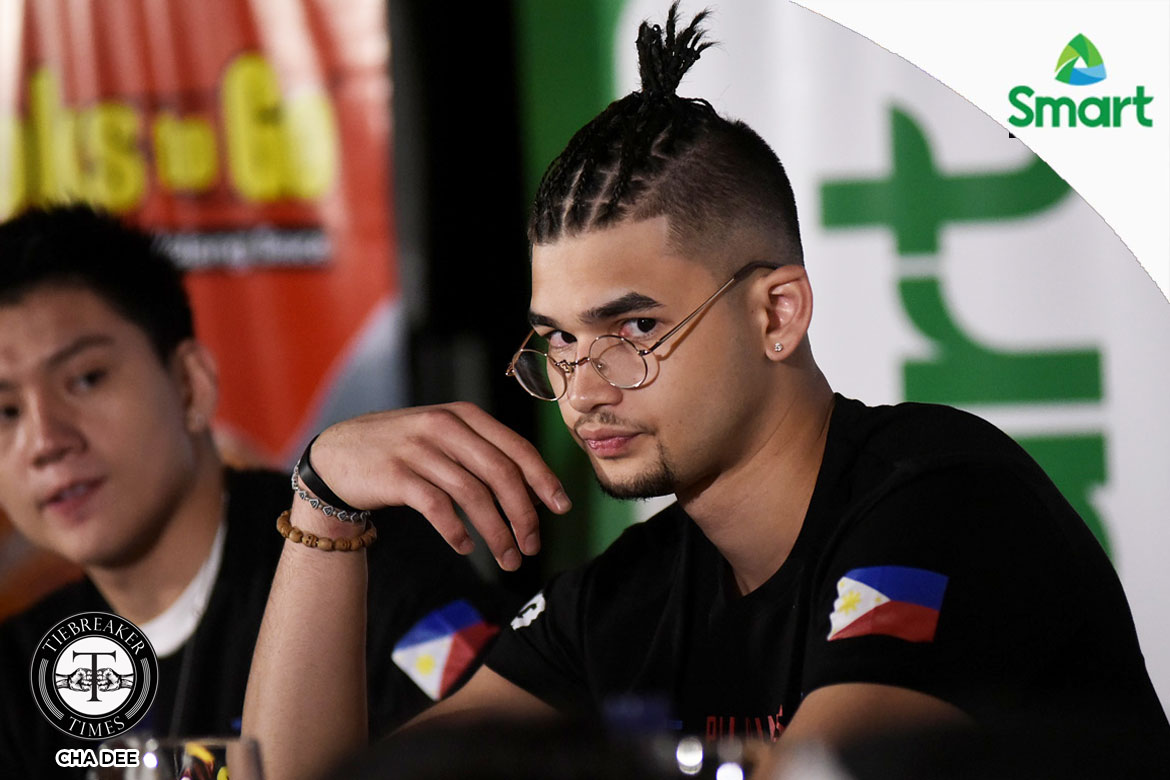 Back in 2013, 15-year-old Kobe Paras was just sitting on the stands of the SM Mall of Asia Arena, watching Gilas Pilipinas pick up second place in the FIBA Asia Cup.

The noise generated by the fans and the enormity of the event has stuck with the second-generation cager even up to this day.

“[I went there] because of the atmosphere and just the players, I looked up to everyone of those guys.”

Four years later, the 19-year-old will have a chance to play with the players he looked up to, after being named to the Gilas cadets pool for the 2017 SEA Games last Friday. And he admitted that he had felt goosebumps after seeing coach Chot Reyes’ tweet.

“I was excited, just because ever since I was a kid, I was watching them, parang sila idol Calvin [Abueva],” the 6-foot-6 swingman shared.

For the Chooks-Pilipinas 3×3 campaigner, being part of multiple youth teams has led him to this path.

“All the hard work and everything, I put it in.

“Kasi I started representing the country when I was 15, and I think it’s time na talaga na kaya kong i-represent at a higher level,” the transferee to Cal State Northridge declared.

Paras knows that this is a rare opportunity, especially for someone as young as him. With this, he plans to soak in everything he can from the team’s impressive line of coaches starting June 23.

“Gagawin ko whatever gusto ni coach Chot because it’s not up to us players, kung ano gusto namin. So whatever coach Chot makes us join or do, susundin ko,” he vowed.