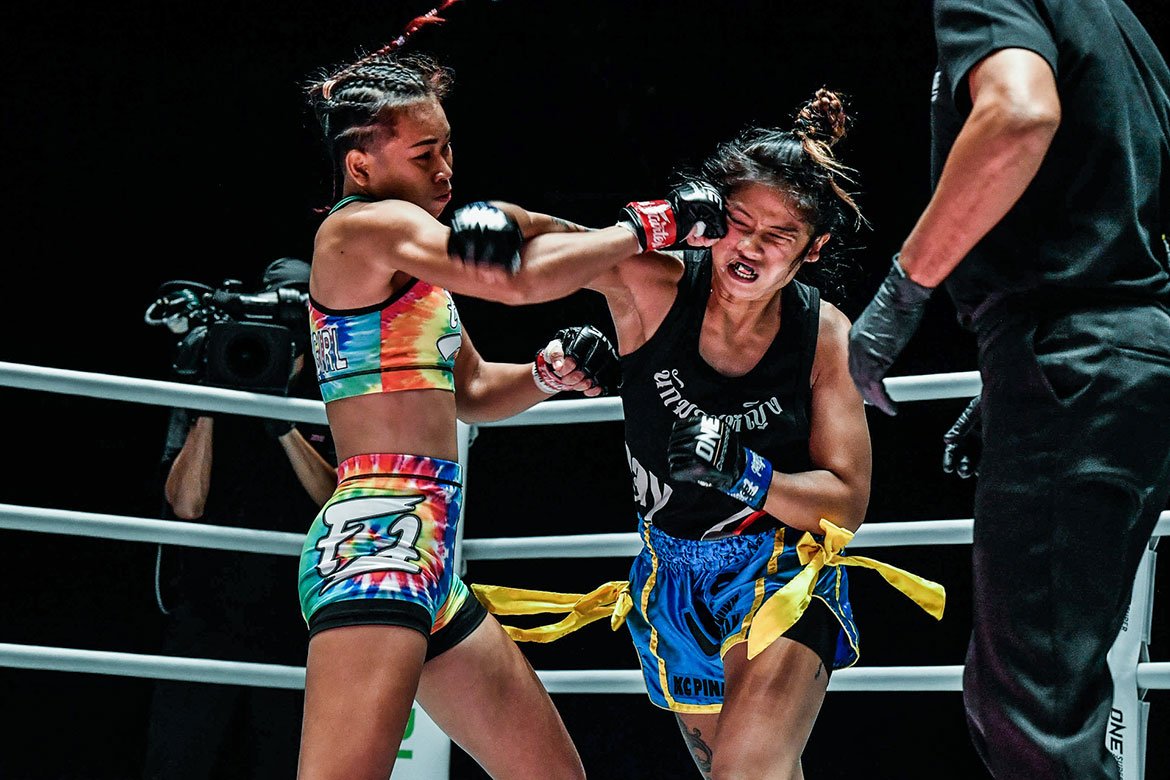 Filipino-American Muay Thai artist KC Carlos did not have the dream debut she wanted in ONE Championship.

The former WMC Muay Thai World title contender suffered a second round TKO loss to Wondergirl Fairtex in their strawweight bout during ONE: A New Breed held at the Impact Arena, Thailand, Friday evening.

Fairing well against her much-experienced opponent in the opening round, Carlos went on the offensive in the second round.

Wondergirl then stopped her from her tracks, connecting with a solid right straight to stun Carlos.

Sensing blood, the Thai blasted Carlos with two stiff elbows that broke the Filipina’s nose, stopping the bout just a minute and nine seconds into the second stanza.

Zamboangas sweep as Denice thrashes opponent at ONE: A New Breed

Drex Zamboanga puts foe to sleep in sensational ONE debut