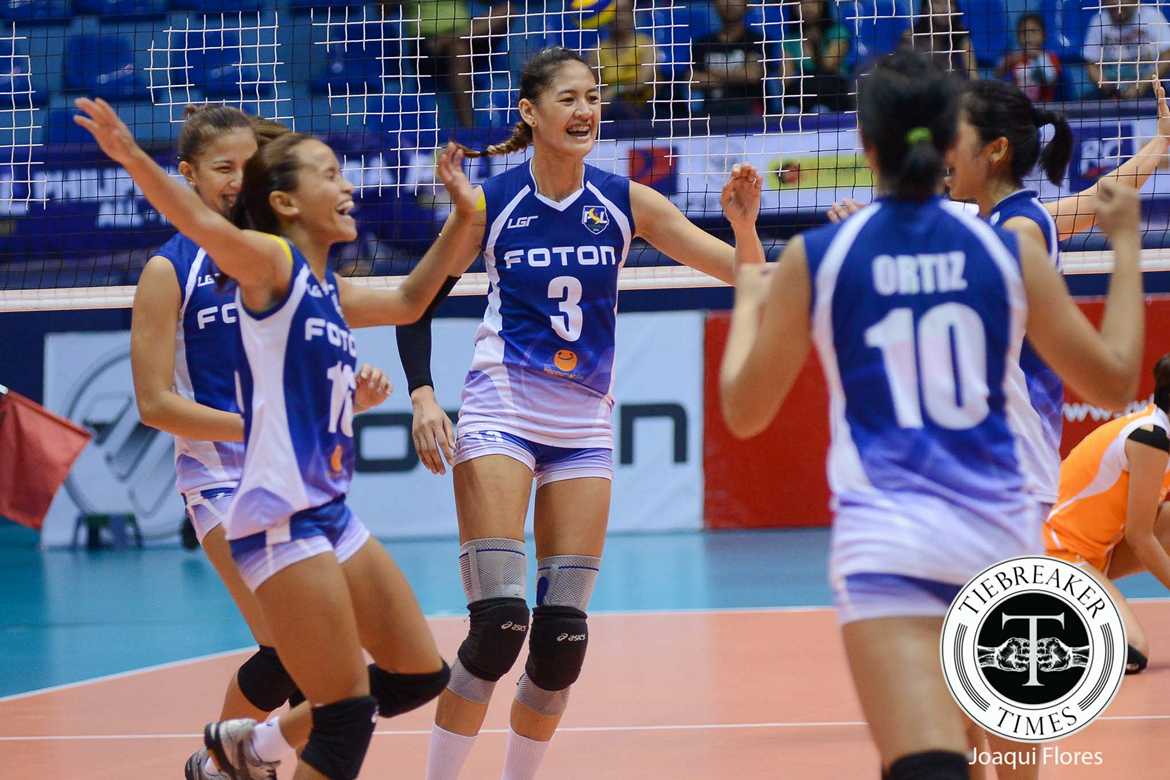 Foton Pilipinas are looking to come up with at least a semifinal finish when they compete in the AVC Asian Women’s Club Championship from September 3 to 11 at the Alonte Sports Center in Biñan, Laguna.

Team manager Alvin Lu revealed that hopes are high for the Tornadoes. Moreover, Lu vowed that his team will go all out to surpass the seventh place finish registered by Petron in the previous edition of this prestigious continental tourney.

Foton Pilipinas have already kicked off their preparations, and are tipped to kick it into higher gear once imports Lindsay Stalzer and Ariel Usher arrive next month.

So far, showing up consistently in their twice-a-week training are reinforcements Aby Marano of F2 Logistics, Jen Reyes of Petron, and Rachel Anne Daquis and Jovelyn Gonzaga of RC Cola-Army.

The team will be formally launched on July 22 at Crimson Hotel in Alabang.

“We want to have a strong finish, but at the same time we’re also tempering our expectations,” Lu shared.

“We have a strong and fighting team. Making it to the semis is our ultimate goal.”

Foton Pilipinas are in a relatively light bracket in Group A, together with Lien Viet Post Bank of Vietnam and the Hong Kong national team.

READ  Castro, Delos Santos link up as FEU grounds Ateneo to bounce back

But things will get testy in the next round, as perennial contenders Taiwan Power of Chinese Taipei, Jakarta Electric PLN of Indonesia, April 25 of North Korea, Zhetysu Almaty of Kazakhstan, Sarmayeh Bank of Iran, and a team from Malaysia are expected to give Foton Pilipinas a serious fight.

“This is a very competitive field,” Lu said. “While advancing to the semifinals will be a great achievement, we will still keep on working to make it to the finals and win the crown.”

“After all, we have the homecourt advantage. We will be playing with the crowd on our side.”