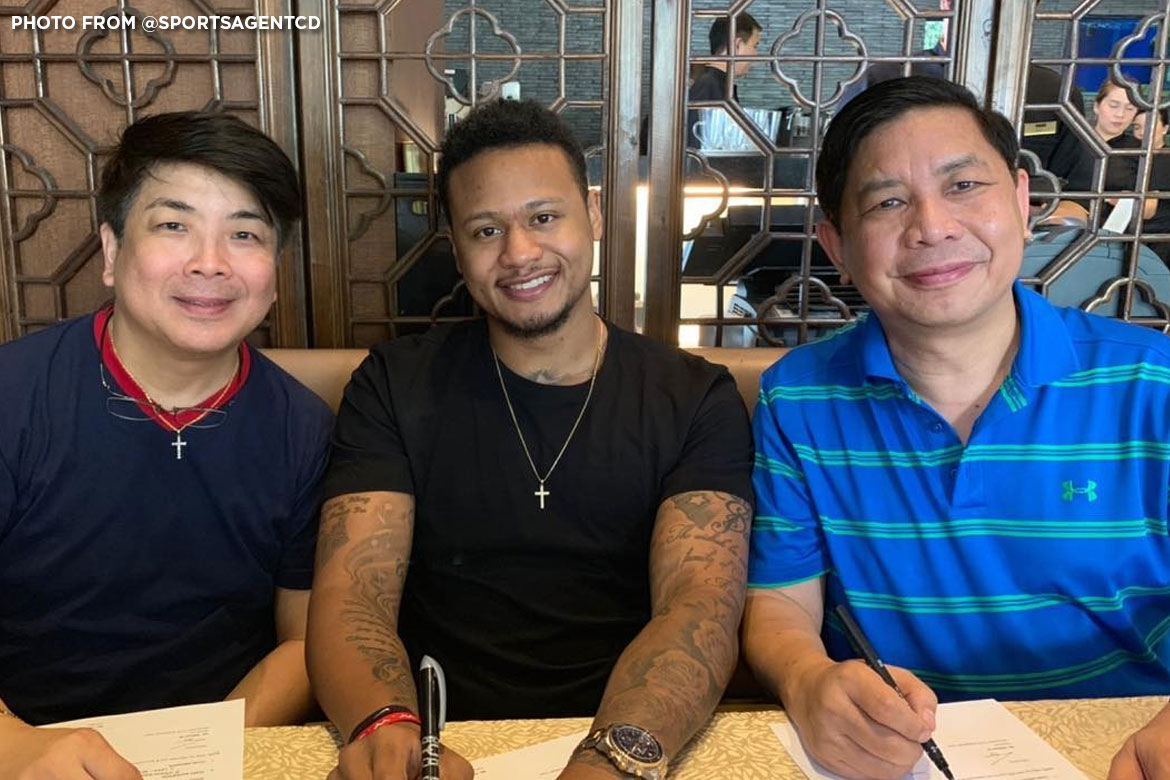 After so many questions and speculations, Ray Parks Jr. will be suiting up for the Blackwater Elite.

The second-generation cager has signed with the Blackwater, Parks Jr.’s agent Charlie Dy confirmed by posting a photo of their contract signing with team governor Silliman Sy in his Instagram account Tuesday afternoon.

The deal is PHP 2M for a year, according to Sy.

The 27-year-old product of National University is coming off a heartbreaking stint with San Miguel Alab Pilipinas in the ASEAN Basketball League, where they failed to defend their crown after getting swept by rivals Hong Kong Eastern Basketball in the quarterfinals.

In his third year with the Philippine-based club team, the two-time ABL MVP averaged 15.8 points, 4.2 rebounds, and 3.3 assists per game.

Parks Jr. is expected to play for the Elite in the 2019 PBA Commissioner’s Cup in May.

The Elite struggled during the Philippine Cup, finishing dead last with a 2-9 record.

Last December, the 6-foot-4 guard was the second overall pick of the 2018 Rookie Draft.