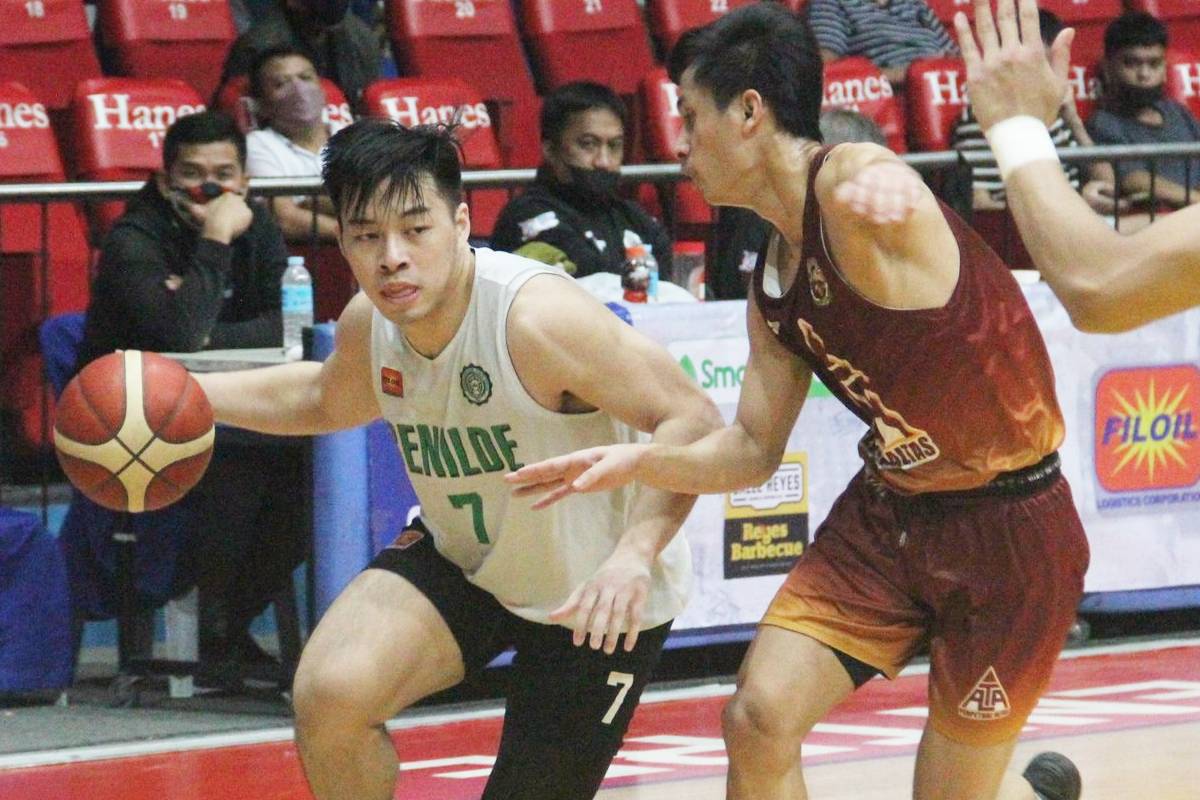 Robi Nayve powered College of St. Benilde over the University of Perpetual Help System DALTA, taking a wire-to-wire, 91-78 win in the Group A of the 15th FilOil EcoOil Preseason cup, Friday in San Juan City.

Nayve shot the lights out scoring 26 points on 10-of-15 from the field together with seven rebounds, six assists, a steal, and a block, helping the Blazers bounce back from their 56-point loss against University of the Philippines on Wednesday.

“Well, first off… siyempre, we wanted to bounce back. We had an embarrassing loss against UP… I missed that game. Worst for me I also lost at the PBA Game no?” said Blazers head coach Charles Tiu, who is also an assistant coach for the Meralco Bolts.

“But that was an embarrassing loss for us, it shouldn’t happen to any team. UP is a great team, but I don’t think they are 50 points better than us. So, I’m happy that the boys somehow responded [today],” he added.

Before that, Mark Omega was slapped with a disqualifying foul at the 2:52-mark of the second canto after hitting Michael Maga with an elbow to the head.

Carlos Sumabat was also called for an automatic ejection with 29.6-ticks left in the fourth after a close fist to the stomach of John Boral.

For Perpetual, Carlo Ferreras had a game-high 27 points, six rebounds, and two assists on a losing effort.