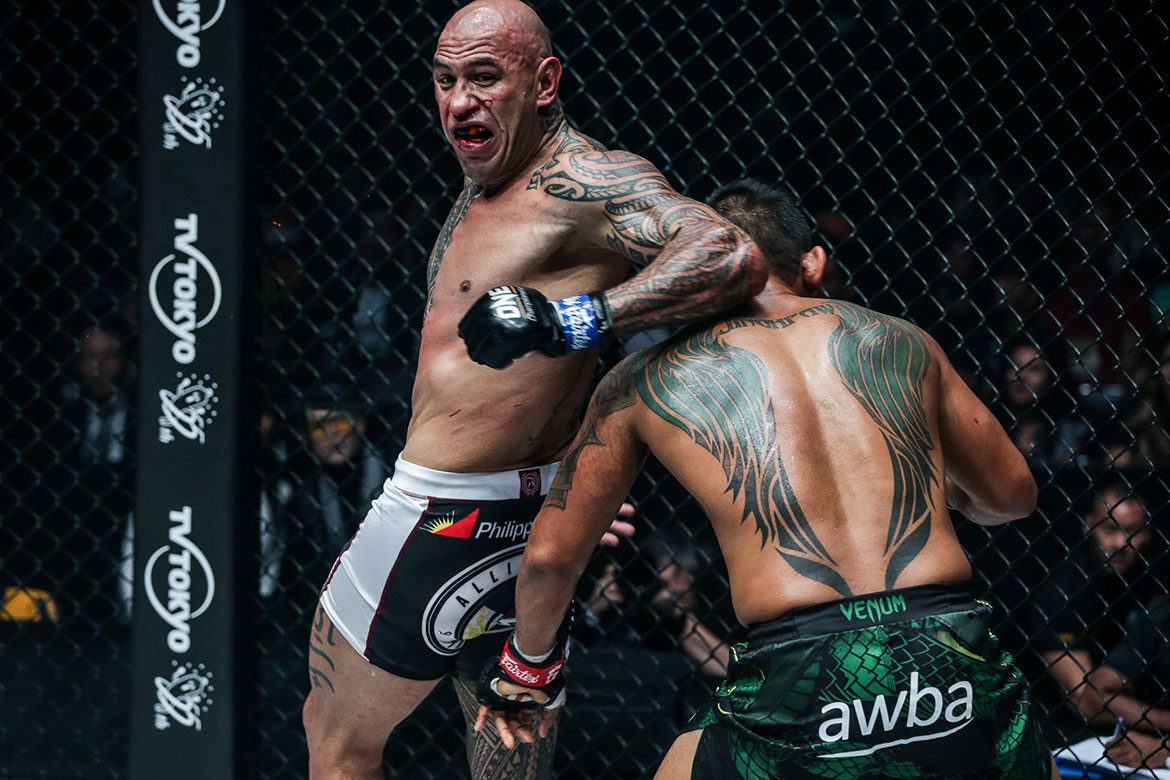 And it was a crushing and humbling defeat for the 42-year-old Filipino-American sensation.

“Sometimes, things don’t go as planned. Sometimes no matter how hard you chase them, no matter how you work hard, it still doesn’t turn out perfect.”

In Vera’s first four matches under the ONE banner, he only spent an average of about two minutes inside the Circle. But N Sang was able to make it out of the first round.

With the match reaching the second round, Vera needed to dig deep.

His experience could not outlast the youth of N Sang, though, as he suffered a TKO loss due to strikes at the 3:23 mark — Vera’s first loss in six years.

“But Mr. Aung La N Sang, congratulations again. You deserve it, you earned it; man, you’re a tough bastard. Everyone else, I’ll see you soon,” said Vera, as N Sang survived even his heaviest blows.

Having experienced this setback, Vera can’t wait to take it back. And he wants to defend his crown immediately.

“Alliance, we’re still coming. Still the Heavyweight World Champion, still defending that ASAP. Thank you for coming to Japan, thank you for your help, thank you ONE Championship,” said Vera.

“Sometimes it doesn’t turn out the way you want. That doesn’t mean you have to stop chasing your dreams.”