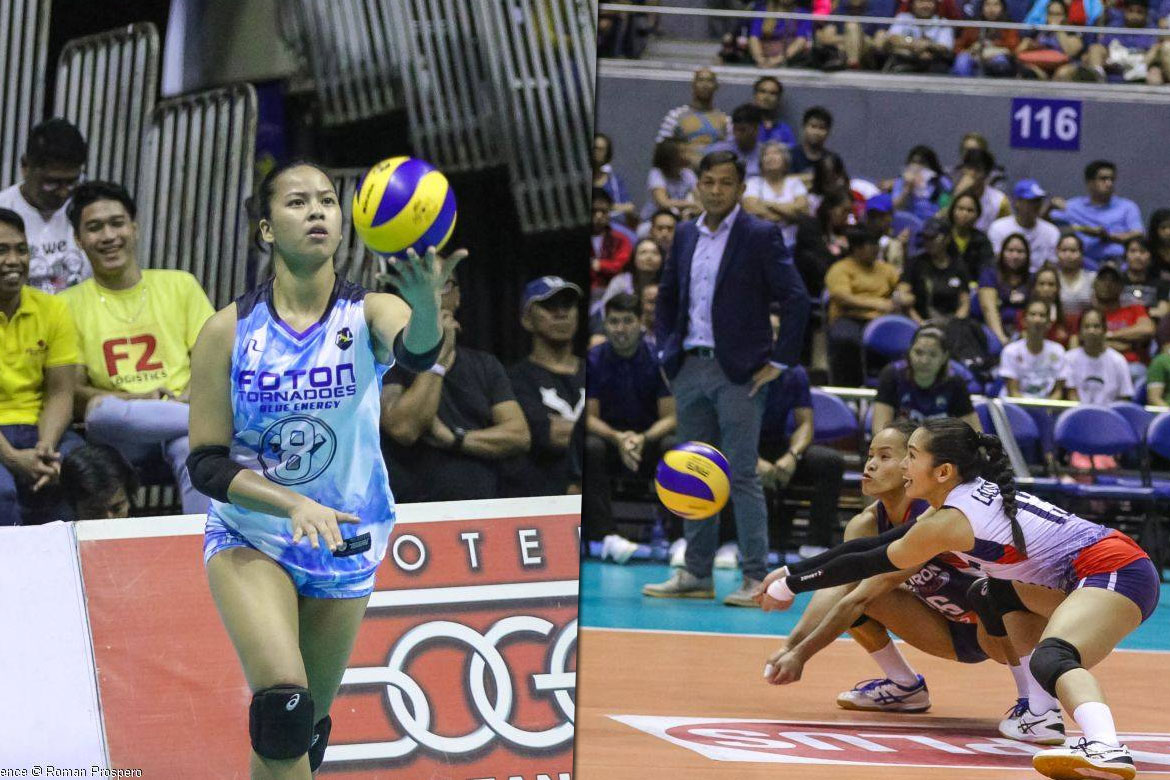 In front of a mammoth crowd inside the SMART Araneta Coliseum, Sisi Rondina and Eya Laure lifted the University of Santo Tomas past the Ateneo Lady Eagles to take Game One of the UAAP Season 81 Women’s Volleyball Finals.

That momentous opener, however, was their lone victory in the championship series. The Golden Tigresses fell prey to the Lady Eagles, settling for silver.

It was also the very last time the Rondina-Laure duo gave the black-and-gold community a triumphant moment.

Almost four months after their gallant campaign in the collegiate scene, Rondina and Laure shared the court inside the Big Dome once again. This time, though, they were facing each other across the net.

Rondina and her Petron Blaze Spikers tangled in a bronze medal match in the 2019 PSL All Filipino Conference against Laure and her Foton Tornadoes.

After the epic match that went the distance, the 5-foot-6 dynamo shone the brightest. She delivered in the clutch and towed her Blaze Spikers to a podium finish, erupting for 33 points built on 30 attacks and two blocks.

The battle for third did not only feature the personal match-up between two former partners. It also capped a four-game conference stint for Laure, who was activated from the reserve list after Maika Ortiz sustained an injury.

While her first foray in the club league might be short-lived, the experiences she gained during Foton’s playoff run have given her a better grasp of what is like being a professional athlete.