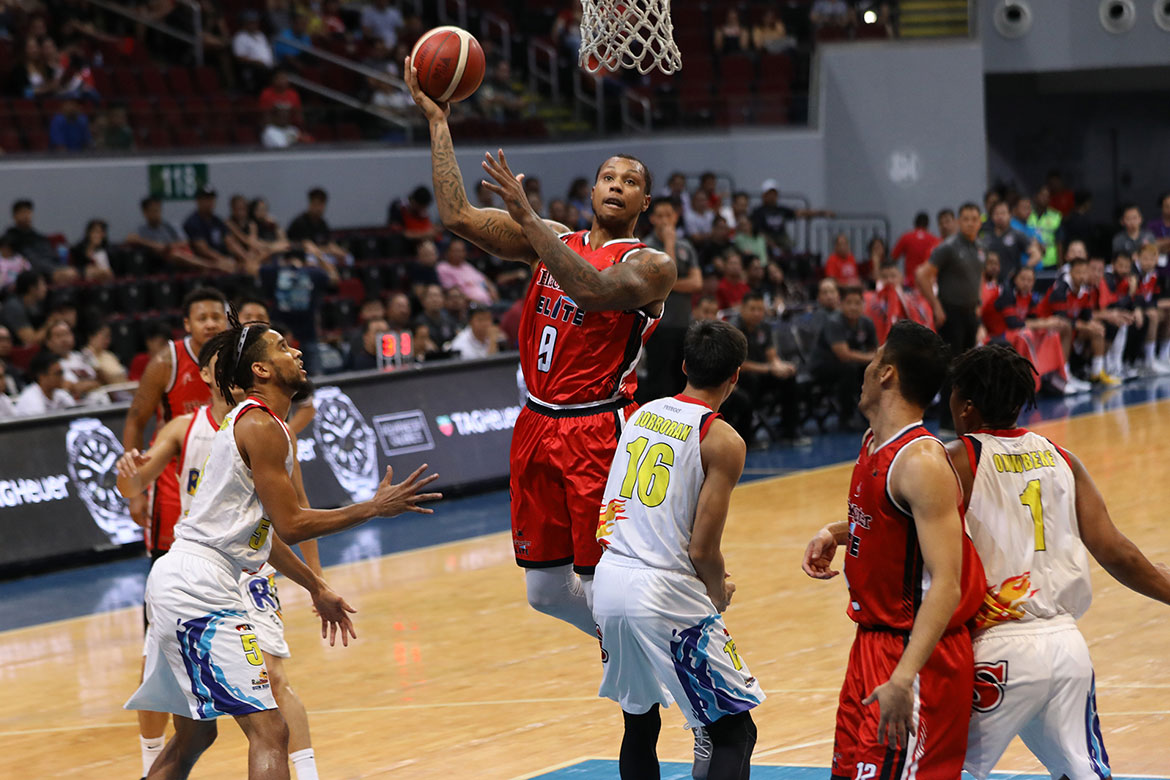 Greg Smith opined that his Blackwater Elite played “undisciplined” basketball versus Rain or Shine Elasto Painters Saturday, and that cost them so much as it led to a 0-1 deficit in their 2019 PBA Commissioner’s Cup quarterfinal series.

Smith said so as the Elite already built an eight-point cushion with 1:32 left to play, only to lose hold of it as the Elasto Painters roared back with an 11-0 blitz — punctuated by a Rey Nambatac triple — to walk away with the 83-80 victory.

“It was a really tough loss. They came out, they played hard, we missed a couple of shots that last minute. Kinda played undisciplined,” Smith said after the match.

“A couple of turnovers, not making the right decision on defense.”

The stinging defeat was also a rude welcome for Smith, who was flown in by the team to take over the hurt Staphon Blair, marking his second tour of duty with the Elite after suiting up for them in the 2017 Commissioner’s Cup.

The former Houston Rocker finished with 16 points, 19 rebounds, three assists, two steals, and a block in nearly 45 minutes of play, but he struggled shooting from the field as he made just two out of the 11 shots he took.

With that, the 6-foot-10 slotman vowed that he will bounce back from such a horrid shooting.

“Me personally, I would never have a game where I’ll shoot two-for-eleven,” promised Smith. “I’ll be more aggressive and I’ll make those shots. Back to practice, back to scouting and get ready for next game.

Game Two of their best-of-three series will be on Tuesday, July 23, and one misstep will mean the end of the third-seeded Blackwater’s run this conference. But Smith is greatly confident with the Elite’s ability to bounce back.

“Am I confident? One-hundred, twenty-percent confident we can win Game Two and Game Three. I’ll put my life on it.

“I know they’re hungry, I’m hungry. I won’t have a game like that again. Great gameplan by that team, they played great. But Game Two I’m gonna be ready, we’ll be ready,” he closed.

READ  Alex Compton on loss to Magnolia: 'We got handled'
Related Topics:2019 PBA Commissioners CupBlackwater EliteGreg SmithPBA Season 44
Up Next