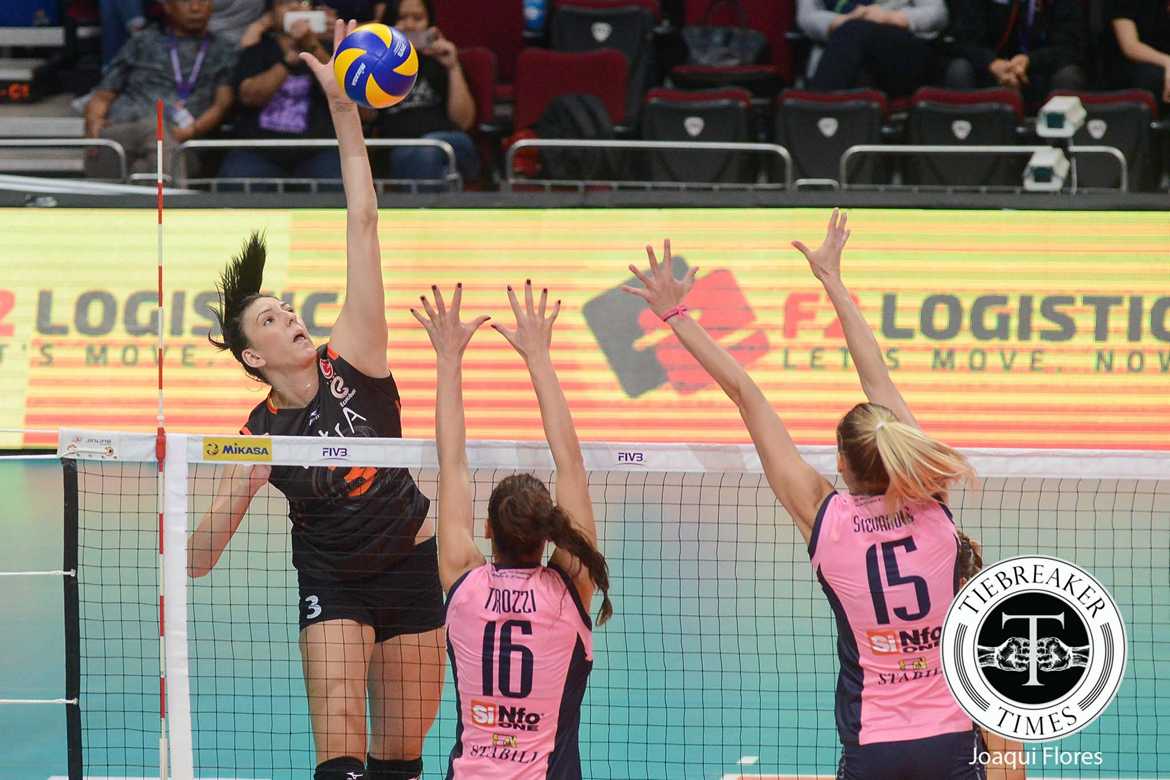 Powered by six 2016 Olympians in the starting lineup, the Turkish side overpowered their Italian foes throughout the match. VitrA tallied 34 attacks to Pomi’s 25 and 12 block kills to Pomi’s six.

Pomi had tied the first set, 14-all, before VitrA bolted ahead, 19-14, thanks to clutch digs and hits from Tijana Boskovic and Tatiana Kosheleva. The Italian side again kept the second set close, forcing a 17-all deadlock. The Turks pulled away in the end behind Joran Larson’s serving, amassing a 23-17 lead. The third frame saw no tying effort from Pomi as Vitra led wire-to-wire.

“It was a good game for a first game. There are a lot of things we did well but I definitely think my team will continue to get better as they get more games under their belts,” said Vitra head coach Massimo Barbolini. 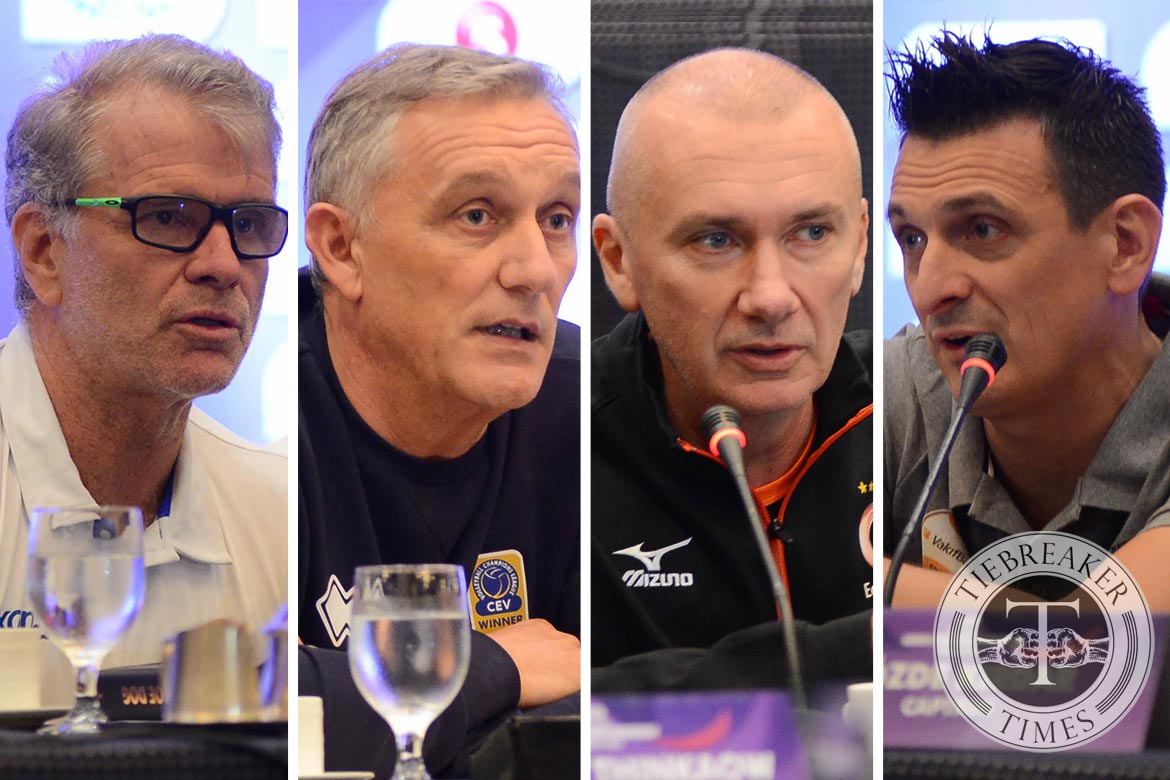 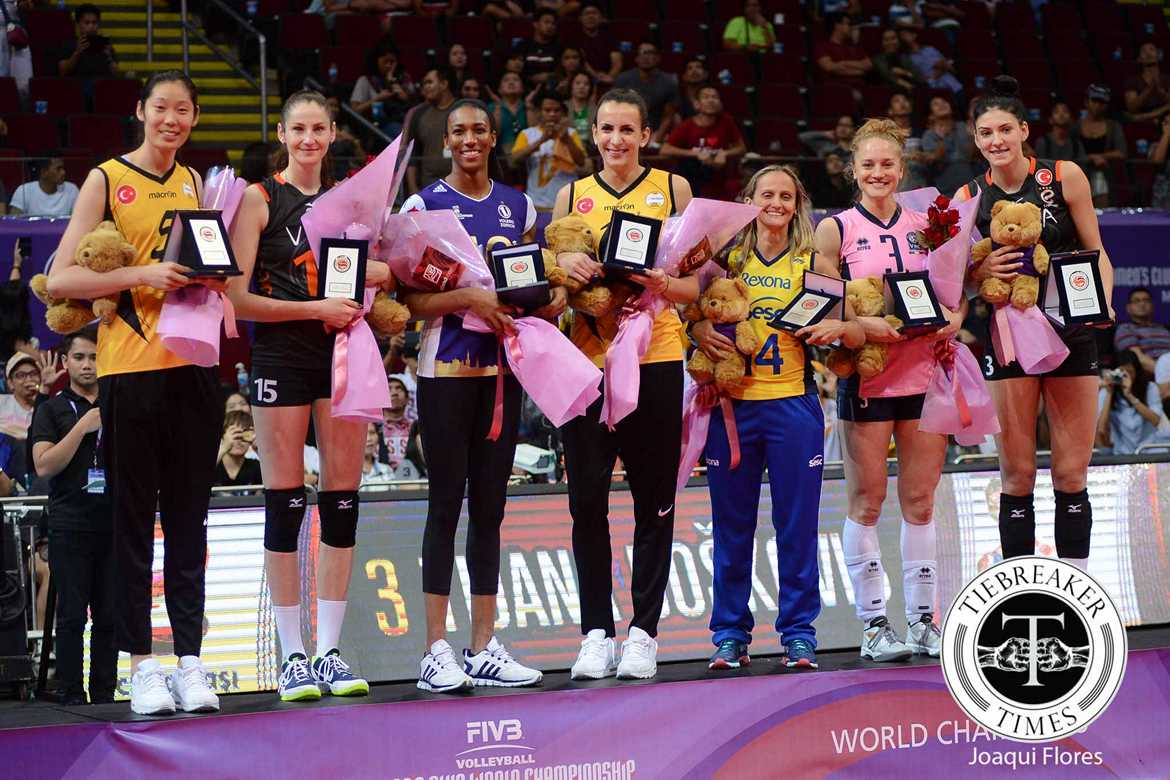 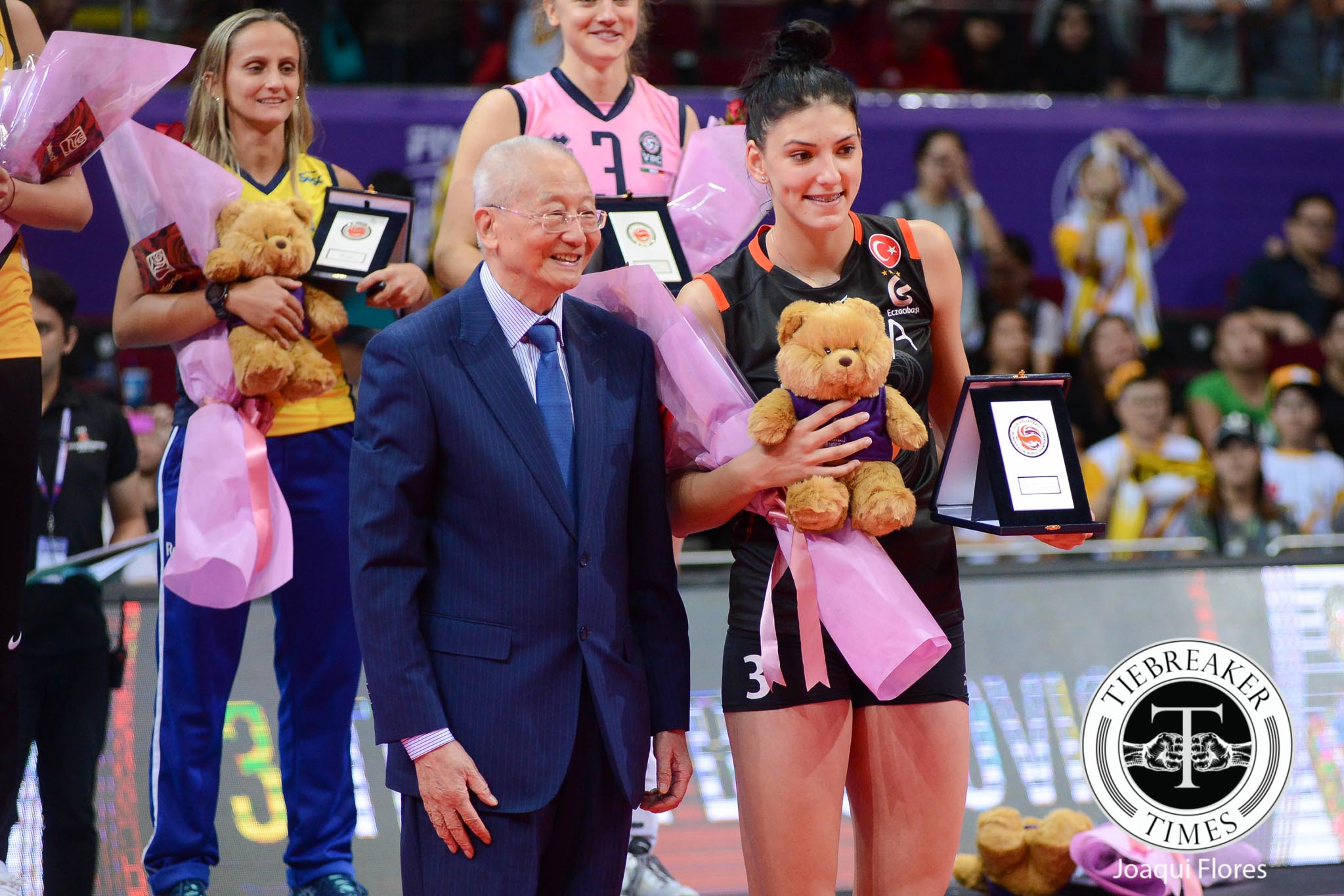 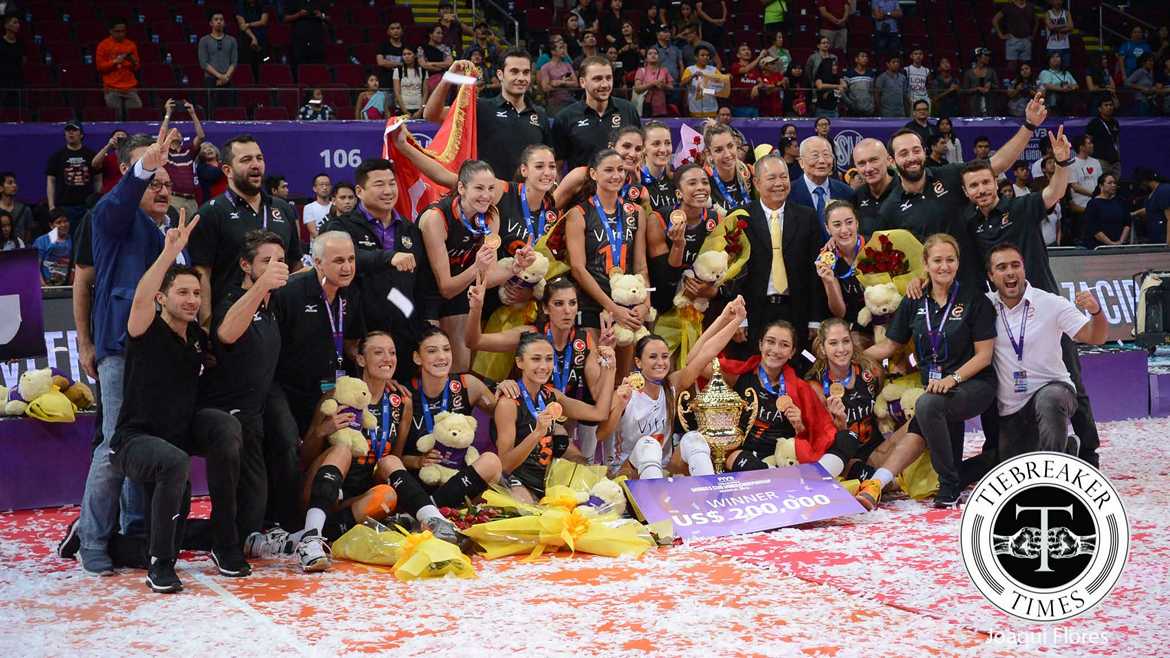 With their weaknesses exposed, Turkish club team Eczacibasi VitrA rolled with Pomi Casalmaggiore’s punches and pulled through in the end to take the FIVB... 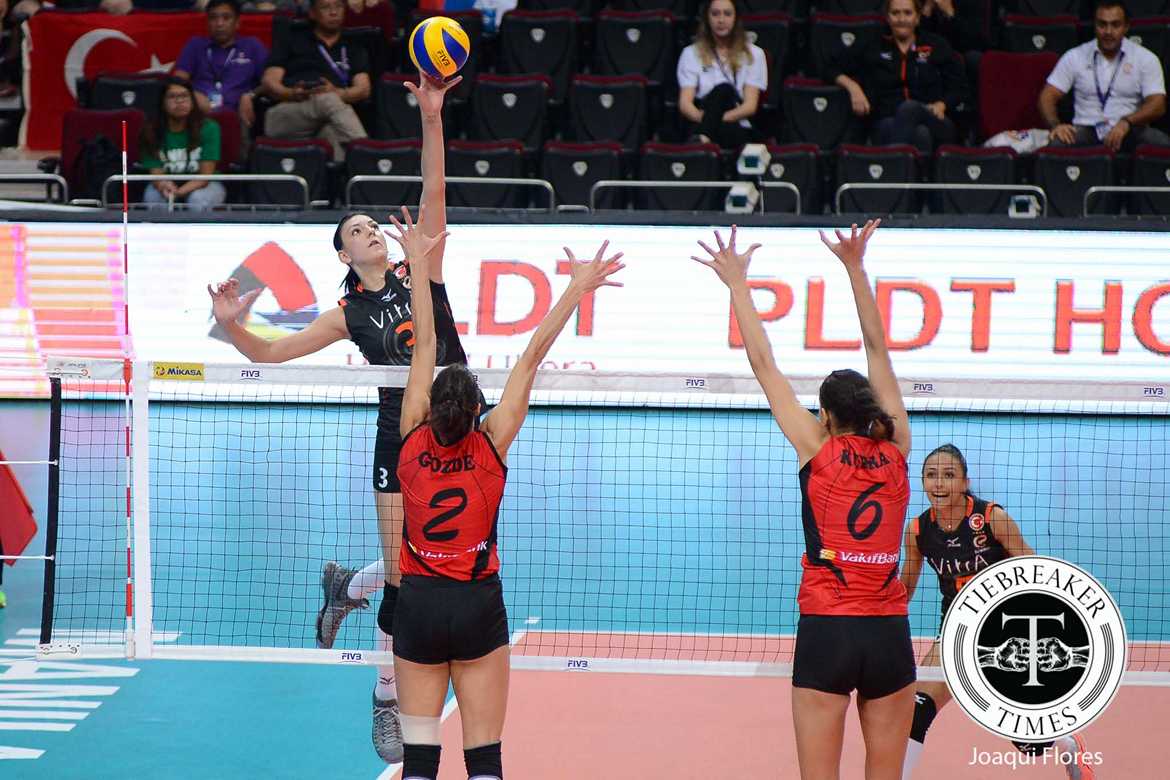 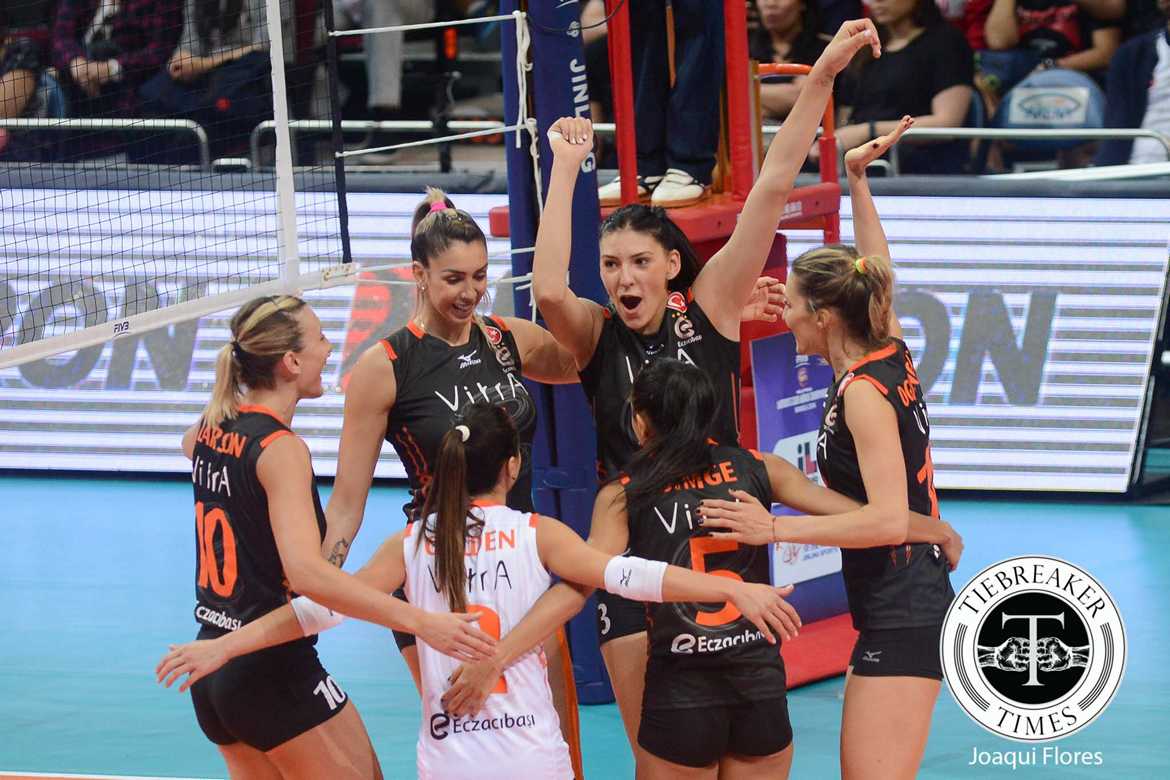 When the 2016 FIVB Women’s Club World Championship was advertised as the tournament of stars, Eczasibasi VitrA Istanbul were the team that is on...