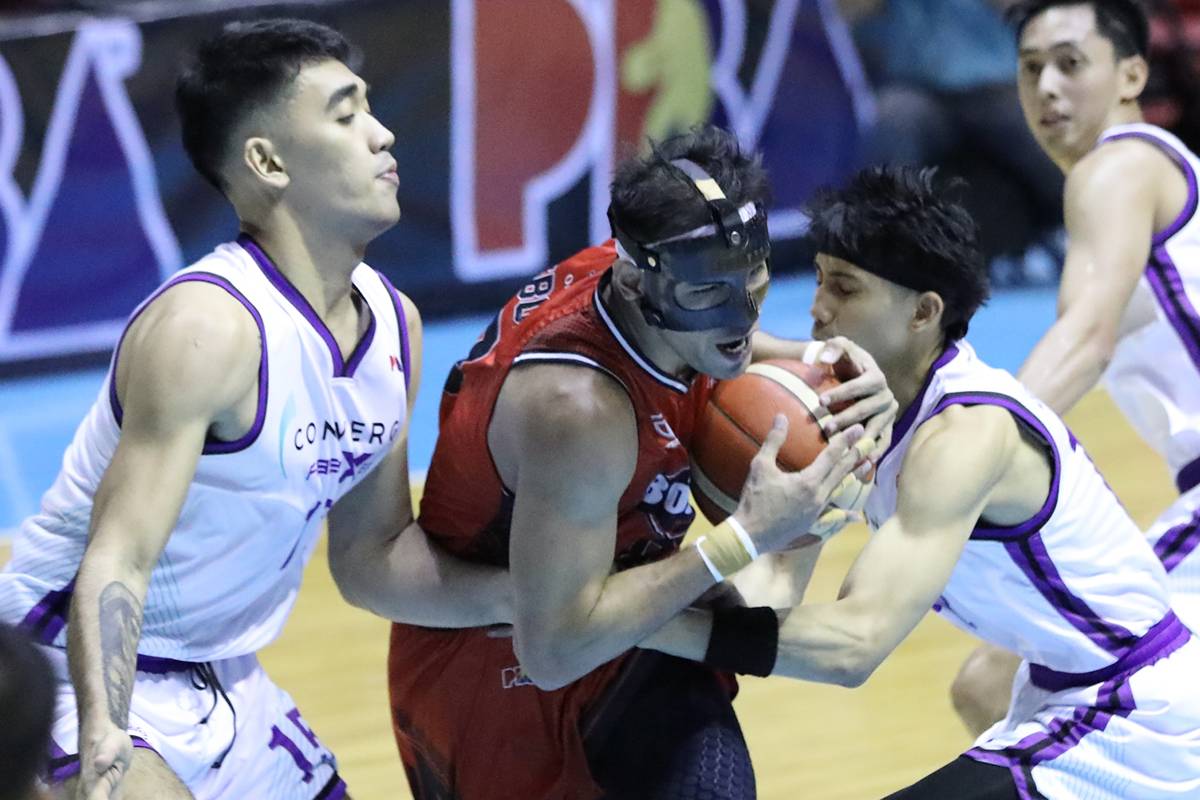 Barkley Eboña got an open chance to send Blackwater’s game against Converge to overtime late in regulation – but he missed point blank.

And the 6-foot-6 big man knew he could make that routine shot. Unfortunately, though, tonight was just not his night.

With the FiberXers ahead by two with 8.4 seconds remaining, the Bossing called for a timeout.

Jvee Casio received the ball behind the arc and penetrated the basket, dishing the ball to Eboña. His teammate was wide open underneath but his shot was strong, giving Converge the 92-90 win in the 2022 PBA Philippine Cup.

It was not only Eboña who thought that his attempt was a no-brainer, made shot already though. Even Converge head coach Jeffrey Cariaso breathed a sigh of relief when the former flunked it.

The victory allowed the FiberXers to stay alive in the playoffs race at 5-6, now at eighth place.

“I think he only misses that once out of the next 1,000 attempts from the same spot,” said Cariaso of Eboña.

“We’ve been lucky and sometimes it’s good to be lucky I guess right?” the bench tactician added.

The Bossing, after their dream 5-1 start, have now lost four straight games at 5-5 with Magnolia their last opponent on Friday.