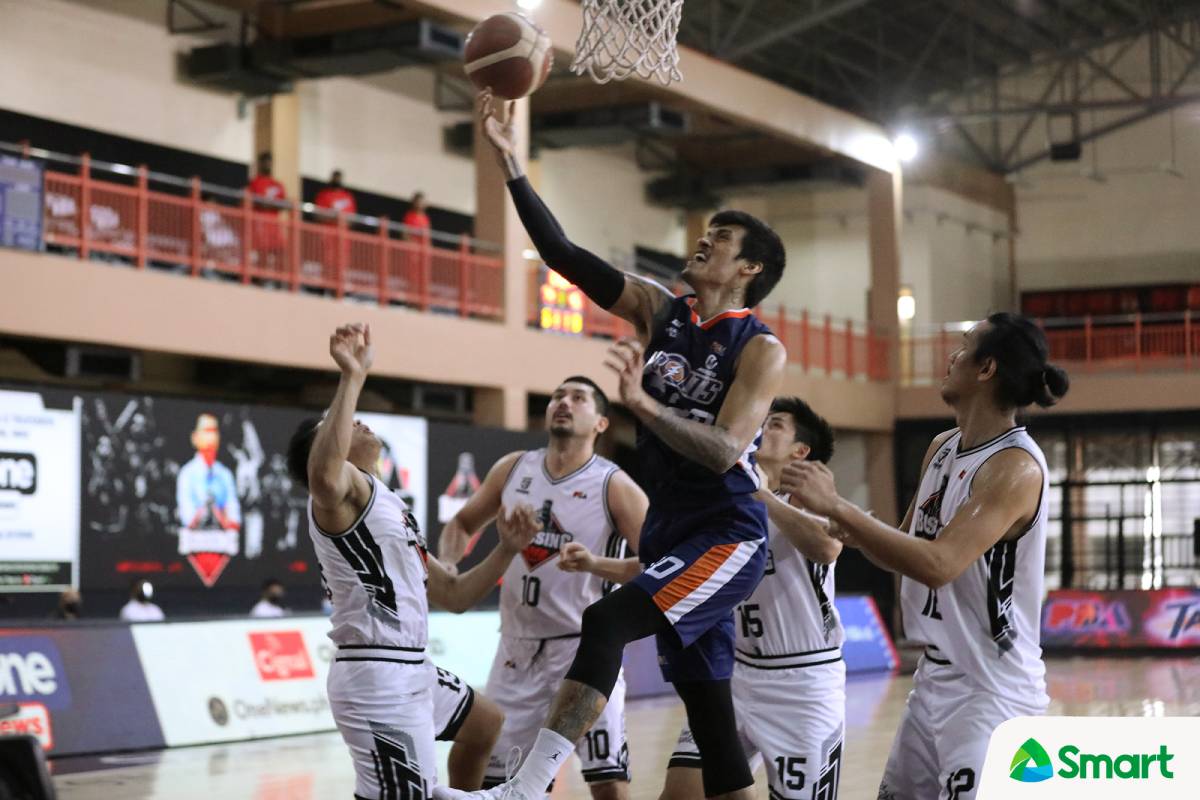 Meralco handed Blackwater the PBA’s record for futility all to itself by way of a 104-97 decision in the 2021 Honda Philippine Cup, Saturday afternoon at the Don Honorio Ventura State University in Bacolor, Pampanga.

The Bolts were still without key players Chris Newsome, Cliff Hodge. and Aaron Black, but they managed to deal the Bossing their 19th consecutive defeat — a drought that began all the way back from last year’s Clark bubble.

It is now the longest losing skid in league history, eclipsing the 18 straight of the Great Taste/Presto franchise set in the 1980 season.

This winless stretch, moreover, had brought the PBA coaching record of chief mentor Nash Racela to below .500. He went 51-41 in nearly two seasons at the helm of TNT while he is now 2-19 with the Dioceldo Sy-owned ball club.

His wards, though, still tried to salvage some pride. They could’ve easily folded after being down by 29 points early in the third, but woke up and unleashed a 22-2 run to slice the gap to nine, 68-77, with 1:44 left in the quarter.

Allein Maliksi, however, converted a big four-point play for an immediate response. Still, the Bossing remained within striking distance and eventually got to within five, 95-100, following a Simon Enciso trey with 1:47 to play.

But the Bolts made sure that their foes wouldn’t come closer. Anjo Caram made a triple to widen their lead to eight, and a split from the charity stripe by Raymond Almazan in the final seconds sealed the victory.

“Well, we seem to be very focused tonight in the first half. Blackwater played much, much better than the second half and they rallied back against us and we did not play as well in the second half,” said head coach Norman Black.

“But, we played well enough to win the game. At this point of the season that’s all it really matters, if you get as many wins as possible.”

Maliksi torched his former team with 21 points and 10 rebounds in the win that improved Meralco’s record to 7-2, further tightening its grip on the no. 2 spot in the standings to close in on a twice-to-beat edge for the quarterfinals.

“We’re looking at the number two spot para magkaroon kami ng advantage coming into the playoffs,” said the veteran gunner, who went 3-of-4 from deep.

Almazan also had a big double-double with 15 points and a conference-high 17 rebounds while he continued to be impactful on defense with three blocks. Reynel Hugnatan made 14 points, as Bong Quinto chimed in 10.

Black said that conquering the Bossing was ‘very, very important’ for the Bolts heading into their final games of the elimination round against reigning champs and rivals Barangay Ginebra San Miguel and NLEX.

“We still have two more games coming up against NLEX and Ginebra, so winning this game was very, very important for us. Even though it wasn’t very pretty in the second half, I’ll take it,” he said.

Blackwater, meanwhile, saw a total of five players finish in double figures in the loss that marked yet another winless conference for the franchise — it also went 0-11 in its debut in the 2014-15 Philippine Cup.

Mike Tolomia, KG Canaleta, and Richard Escoto all had 15 points. Simon Enciso supplied 14 points, as rookie Josh Torralba added 12 markers for a Bossing crew that did not have Kelly Nabong and Baser Amer.

Blackwater actually started the match well with a 9-4 lead but Meralco answered with a 17-0 blast, and never gave up the driver’s seat.