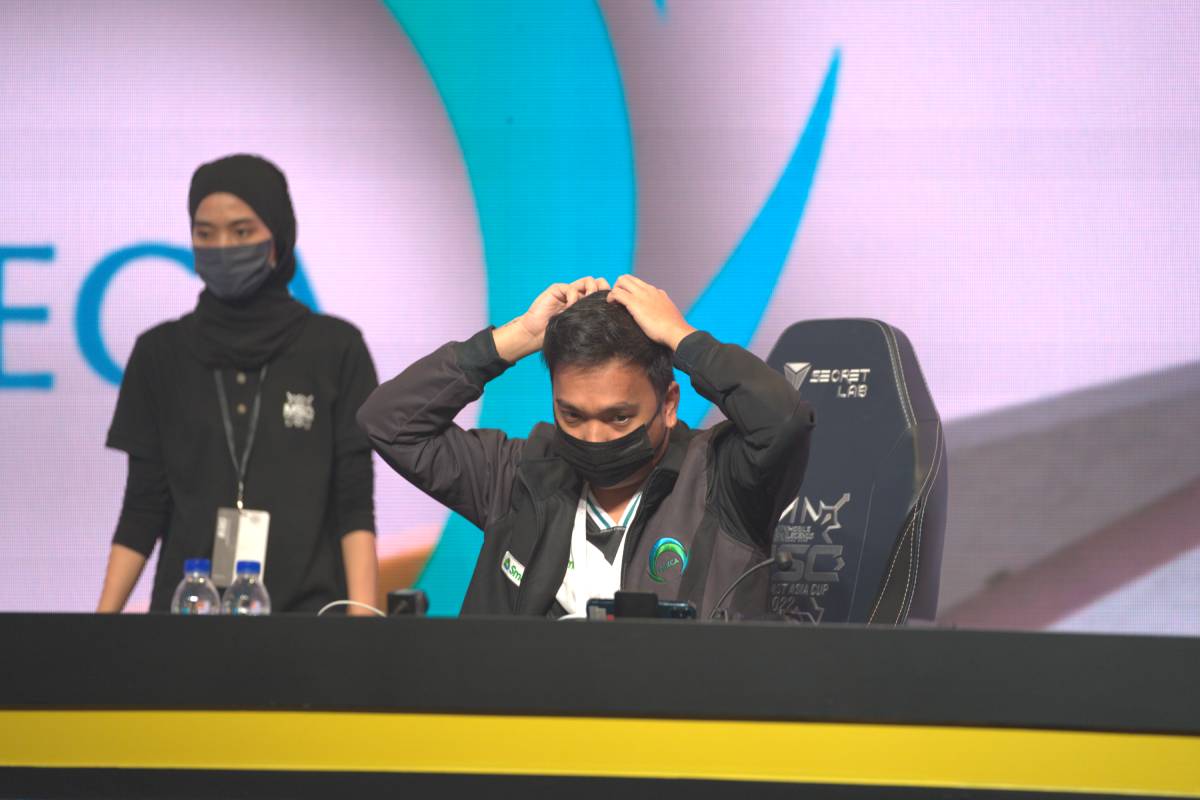 The SMART-backed team — who started the tournament hoping that they could finally complete a perfect run in the upper bracket — found itself in the lower bracket anew after faltering against the host squad via a 1-2 outcome on Tuesday.

While it was not the outcome that they hoped for, Omega Esports team captain Patrick “E2MAX” Caidic remains positive that the team can still turn things around.

After all, they have done it so many times before in the past.

Back when they were still carrying the Execration banner, the Omega Esports core crawled their way from the lower bracket to set up a grand finals date with Blacklist International in the MPL Philippines Season Seven.

Unfortunately, the team, who already put up a 3-1 advantage in the best-of-seven series, ran out of gas and lost the title to the Tier One-backed squad.

The team then cemented its ‘Comeback Kings’ nickname when it trekked the lower bracket once again of the 2021 MSC. There, Execration exacted revenge against Blacklist International to claim the regional title.

Omega Esports already established a huge advantage in the opener that could have given them a 1-0 lead over the Malaysian squad. However, E2MAX admitted that the team failed to come up with a close-out plan in the opener which led to a huge meltdown during the end-game.

The MPL Philippines Season Nine second placer handed Todak a dose of their own medicine with a come-from-behind win of their own in Game Two before eventually dropping a lopsided Game Three.

E2MAX also said that they were surprised with how Todak drafted all throughout the series. That, for him, proved to be one of the key factors in the loss.

Now back in their niche, E2MAX has already put out a warning to the rest of the field: “Expect nyo na babawi kami, papakita namin yung tunay na laro ng Omega.”