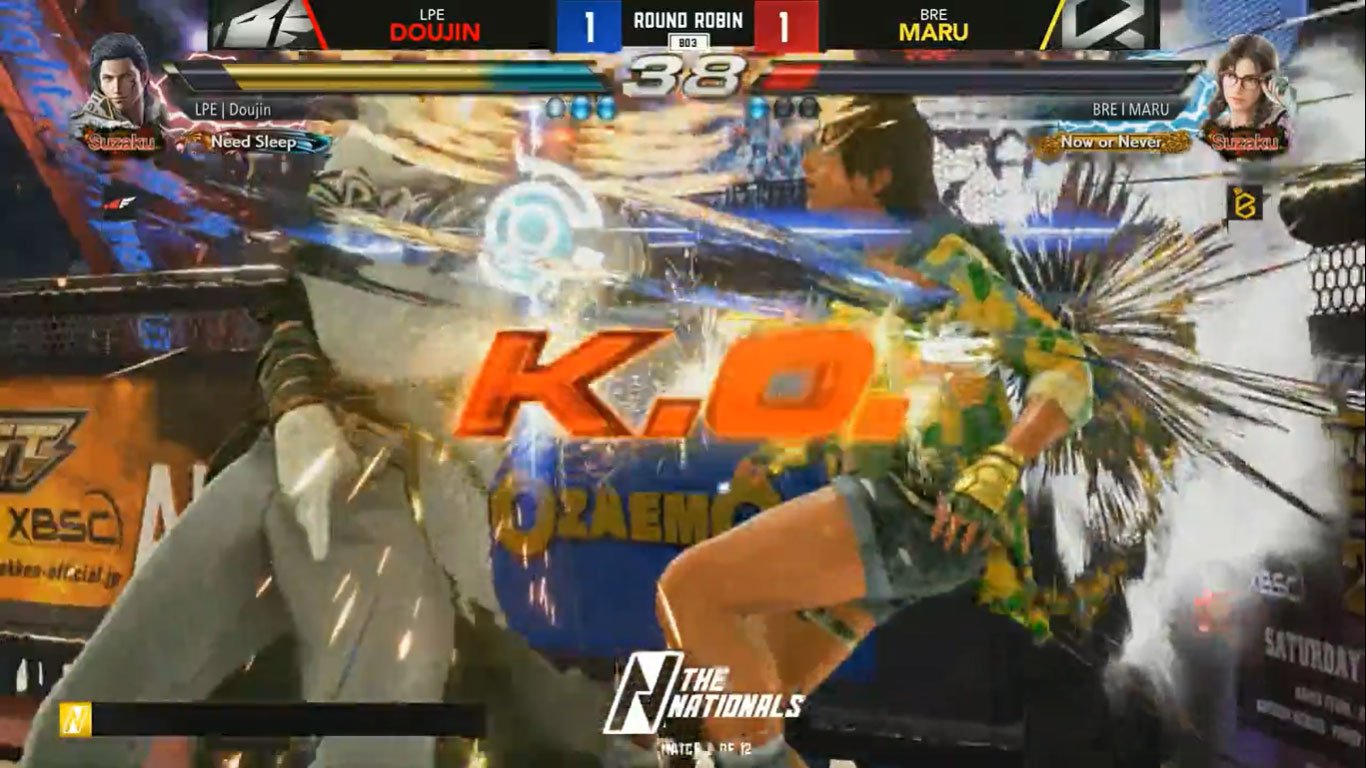 Doujin of Laus Auto Group Playbook Esports maintained distance from the pack while the last two spots in the playoffs remained open after the ninth day of The Nationals Season 2 Tekken 7, Saturday evening.

Doujin currently boasts a 30-10 card with 42 points in the first place.

Vermillion used Feng in his first two games against AK and finished him off with Zafina. He then opened with Paul against Mawts and lost two straight rounds using Feng. He now has a 29-15 standing good for 37 points — five points behind Doujin.

Happy Feet Emperors’ Hapon tallied 26 wins and 18 losses for 32 points — good for fifth while CUW’s NatureLover has a 21-19 card and 29 points for the sixth place.

The top six players have already secured a spot in the playoffs.