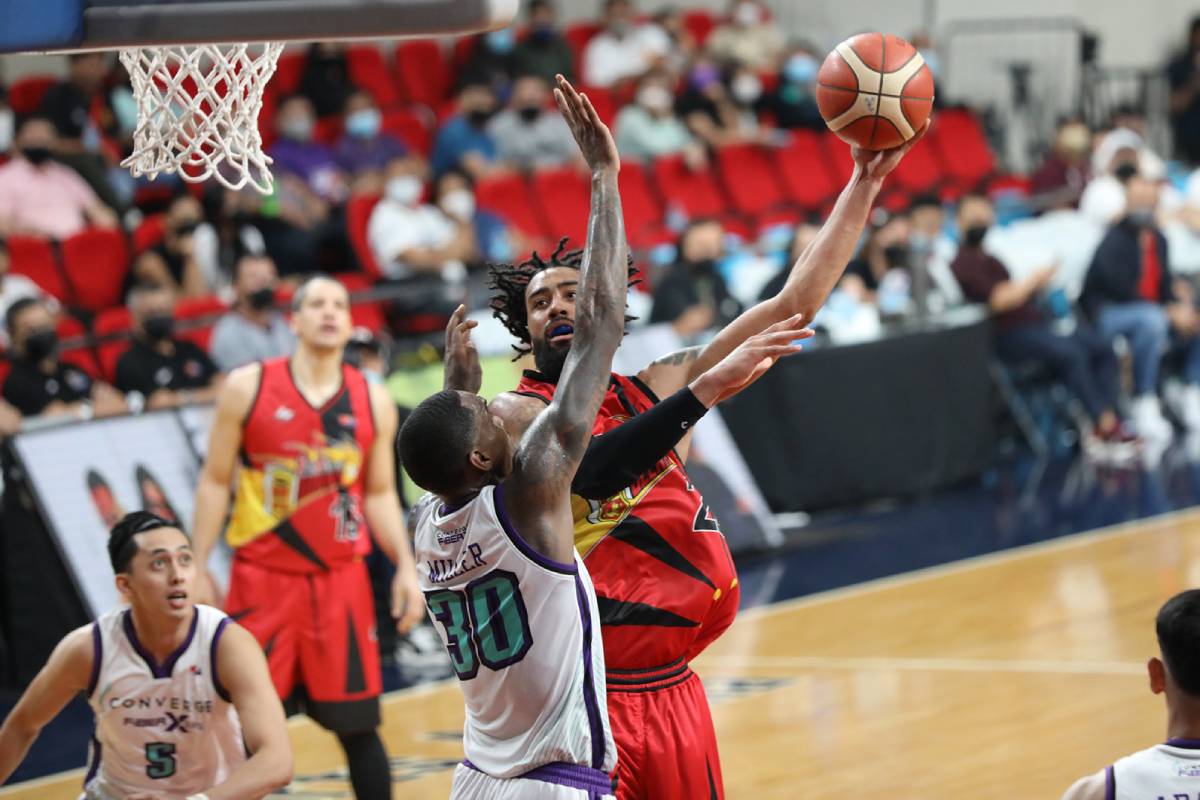 A shot at payback awaits Devon Scott as San Miguel takes on Converge in the 2022-23 PBA Commissioner’s Cup quarterfinals on Wednesday.

It has been over a month already, yet the American cager hasn’t forgotten one bit about how the FiberXers spoiled his league debut. The youth-laden crew stunned the perennial contenders, coming away with a 106-102 decision.

“I take a lot of my shoulder from that game why we lost,” he admitted shortly after the Beermen wrapped up their elimination round campaign with a 113-108 escape of Meralco, Friday at the Philsports Arena in Pasig.

That match saw the 28-year-old struggle to find the mark with just 7-of-18 shooting from the field, although he still managed to contribute a double-double with 16 points and 15 rebounds together with six assists.

Furthermore, he had a hand in SMB’s rally late that saw the crew string together 11 unanswered points to take a 100-95 lead with under five minutes left.

But the loaded side uncharacteristically failed to get the job done, as their foes unloaded their own 11-0 run behind Quincy Miller and Maverick Ahanmisi for a six-point lead with 45.1 seconds left on the way to catching a big fish.

“It was a very close game coming down the stretch,” Scott said. “It was my first game with the team, first game in the PBA, so I was kinda trying to feel it out.”

A lot has changed between the two since that matchup. Converge, still in the process of establishing its foundation, at one point was the hottest team with seven wins in a row, eventually clinching the fourth seed with an 8-4 card.

As for San Miguel, the crew struggled in the middle of the tournament, but gained steam at the tailend of the eliminations with four consecutive wins to finish with a 7-5 record — good enough to seal the fifth spot.

Scott himself is coming in as a much better player compared to the first game. Entering the quarters, the 6-foot-9 forward from Ohio is averaging 23.4 points on 53.7-percent shooting, 15.4 rebounds, 5.6 assists, and 1.6 steals.

It would also be intriguing to see how a complete Beermen unit would fare against the gritty FiberXers with June Mar Fajardo now in tow.

The only six-time MVP missed the October 21 encounter after undergoing throat surgery, which kept him out for a month. He played his first game back against Terrafirma last November 21 and has been in action since.

Scott can’t wait to see how all that will unfold when the best-of-three series tips off at 3 p.m. at Philsports — the very same venue where he debuted.