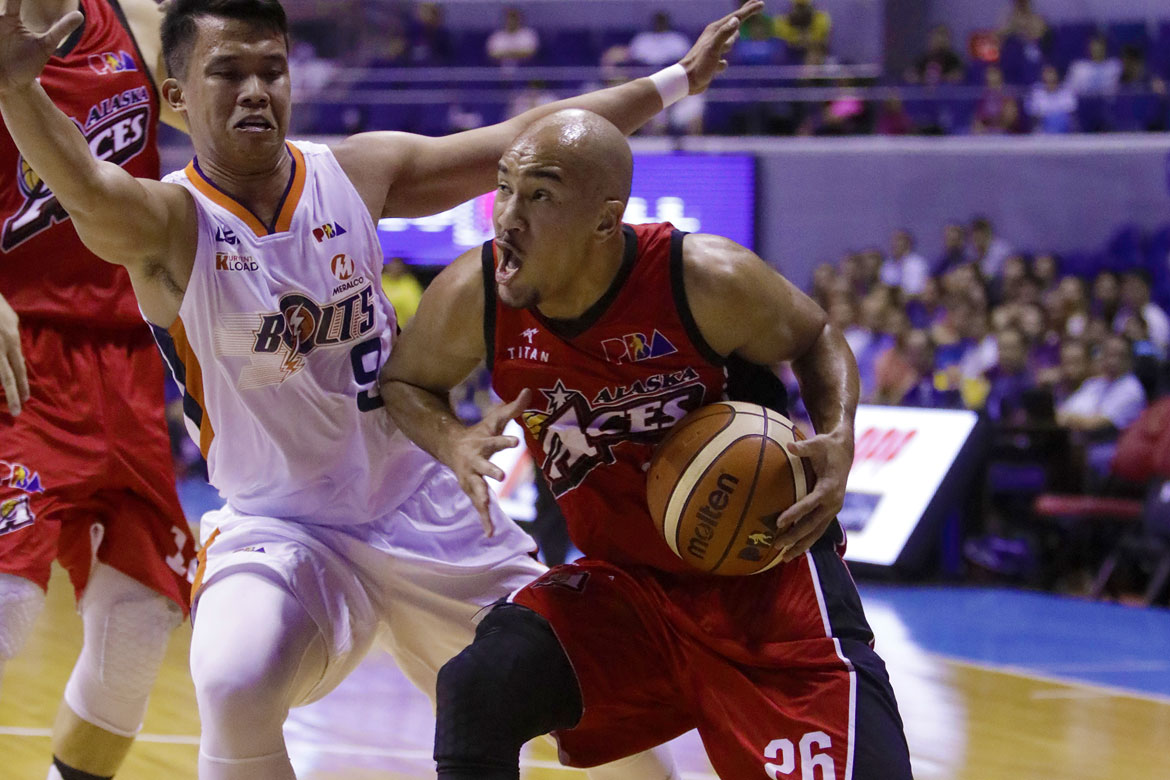 After two games of riding the Alaska Aces’ bench, rookie Davon Potts finally played his first-ever PBA game on Wednesday night at the SMART-Araneta Coliseum. And the 25-year-old guard was relieved to finally get his feet wet.

“I was very happy but definitely just in a professional way ’cause you know, basketball’s always the same thing. It’s the same room, same court, same ball,” the 18th overall pick in the Rookie Draft said.

“Gotta do what you’ve been doing since you were four, five years old.”

Potts couldn’t ask for a more fitting pro debut. The Aces broke their two-game slump at the expense of the Meralco Bolts, 103-98, and the former San Beda Red Lions standout played 15 minutes and collected four points and a steal.

“I wanted to give him a chance today. I actually didn’t know that I was gonna give him that many minutes, but I thought he earned them with the way that he played,” said Milkmen head coach Alex Compton.

“And he’s been doing a good job. We’re trying to operate in a meritocracy. You gotta earn it, earn your minutes.

“He’s been doing a good job in practice, doing the work. He came in and made the plays,” added the amiable tactician.

Asked if he felt that he was the Aces’ lucky charm as his debut led to a win, Potts smiled wide and chuckled a bit. “You never know,” quipped the California-born cager. “[But] It was perfect. It’s just the beginning.

“I’m just glad that this is a good step, a direction for us as an organization.”

The Aces’ next match will be against the struggling Kia Picanto this Sunday, January 14. It might be another chance for Potts to sniff the hardcourt, but the two-time NCAA champion doesn’t expect anything.

“I don’t expect anything. All I do is I just go to practice every single day with the same mindset, just do whatever I can to get better,” the Filipino-American gunner furthered. “That’s really my main thing. Like I said, you can’t expect anything. Nothing is given, you have to earn it.

“And that’s where my mentality has always been, and that’s where I am with Alaska. I’ve been patient with the organization. I trust their judgment on what they need to do moving forward.”