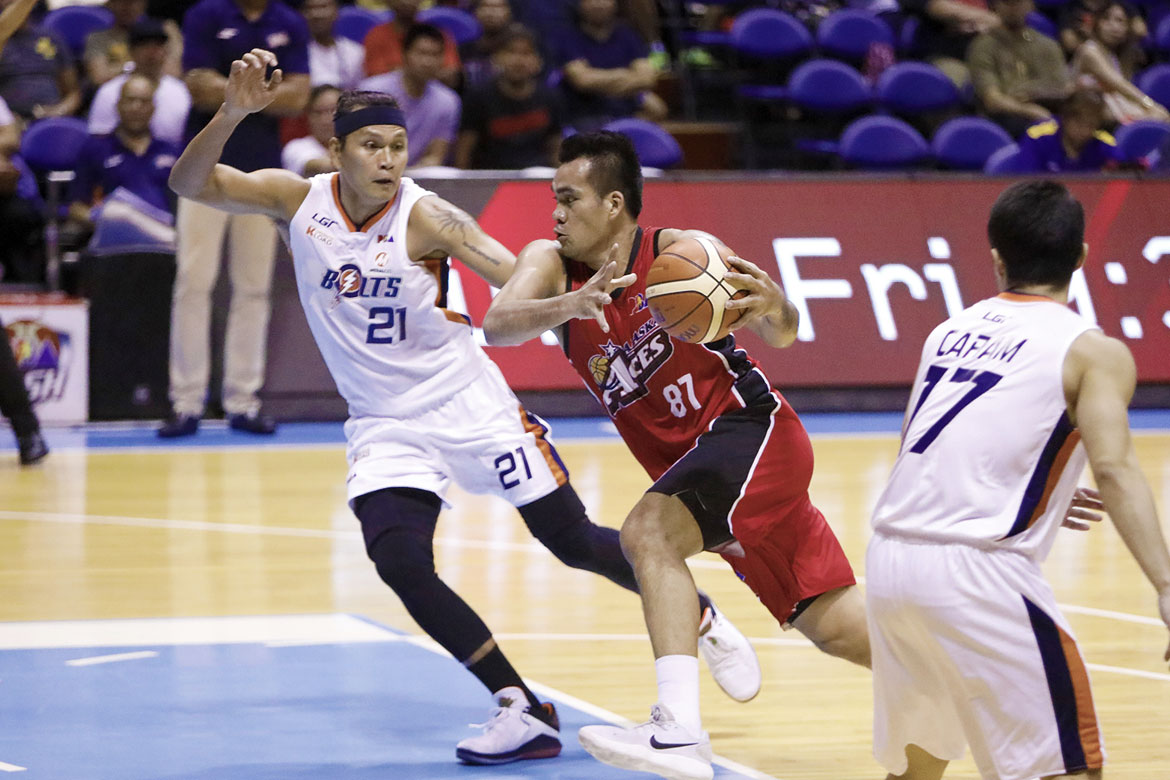 The Alaska Aces’ bad start in the 2017-18 Philippine Cup can finally be laid to rest, as they have reigned victorious after warding off the depleted Meralco Bolts, 103-98, Wednesday night at the SMART Araneta Coliseum.

Both the Milkmen and the Bolts are now carrying identical 1-2 win-loss records after the match.

“The defense was way better,” said a bearded Alaska head coach Alex Compton. “I thought our defense was great. It was nice to see, and I felt there were contributions from everybody who stepped on the floor.”

Calvin Abueva and Vic Manuel were both at the forefront of Alaska’s breakthrough win as they produced 19 points each and combined for 13 rebounds. Chris Banchero also made his presence felt with 13 markers.

Alaska had the upper hand early on as they led by double digits multiple times. But Meralco are known for their comebacks, and quickly knocked within four, 83-87, with 3:10 to go in the final frame.

However, the Aces reacted quickly with a 9-5 scoring spurt — highlighted by Kevin Racal’s booming back-to-back treys and ended by Abueva’s three-point play conversion — to widen their lead to eight, 96-88, with 1:24 on the clock.

“For him to have that breakthorugh, that’s massive,” he added, as Racal finished with eight points.

The Orangemen then never had any chance to mount another return, and free throws by Chris Banchero and JVee Casio in the dying seconds served as Alaska’s finishing touches in the victory.

#ReadMore  Dillinger downplays win against Ginebra: 'It’s not gonna be revenge unless we beat them in the playoffs'

Rookie Davon Potts finally sniffed the court for Alaska after being a DNP in the last two games, and scored four in 15 minutes.

Chris Newsome led Meralco, who have now lost two straight, with 23 points, six rebounds, and four assists. Niño Canaleta had a double-double of 16 points and 10 rebounds, while Baser Amer scored 15.

Alaska will try to make it two in a row against the Kia Picanto on Sunday, January 14, 4:30 PM still at the Big Dome, while Meralco will face the TNT Katropa after 11 days on January 21, Sunday, 4:30 PM at Ynares Center in Antipolo.