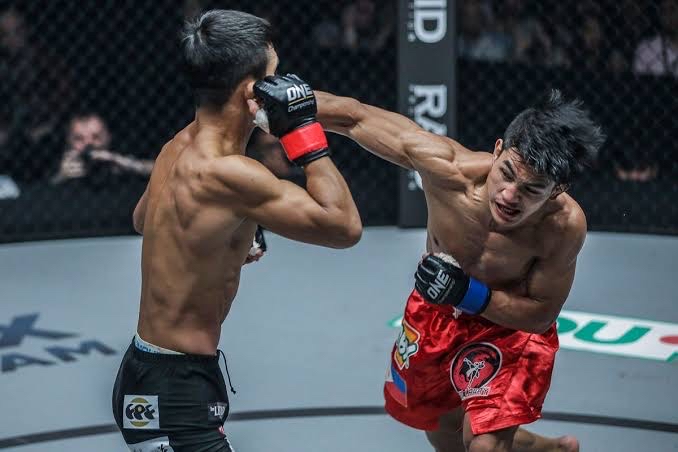 Danny “The King” Kingad is oozing confidence ahead of his return to action next month at ONE Fight Night 7: Lineker vs. Andrade II.

Kingad will look to derail the red-hot Eko Roni Saputra when they tangle in a crucial flyweight MMA bout at Lumpinee Stadium in Bangkok, Thailand, on 25 February. And he’ll feel extra motivated to do so, especially after seeing his December return postponed.

The third-ranked contender was initially scheduled for a Manila comeback against Gurdashan Mangat at ONE 164. However, the Indian-Canadian had to pull out, forcing “The King” to further wait for his return to the ONE Championship Circle.

Now he’s eager for an impressive comeback, especially since he hasn’t stopped preparing – even after the cancellation of his previous bout.

“My training pretty much continued even after Mangat dropped out. I never stopped and I stayed in shape, so training and preparation are not an issue for me,” Kingad said.

Kingad won’t be facing a pushover against the Indonesian wrestling machine, but he believes that aside from Saputra’s wrestling, nothing will really threaten him.

“Eko Roni Saputra has been impressive. He’s on a seven-fight winning streak. What I see from him, though, is that he always favors his ground game and wrestling. That’s where he’s at his best, and that’s what I’ve observed from his previous fights,” he said.

“I’ve watched his every fight, and it’s the ground game that I have to worry about. Sure he had a knockout win, but his opponent wasn’t a good striker.“

The Team Lakay dynamo knows that this match will be crucial for his goals moving forward, especially since he’s eyeing to be back on top by the end of the year.

Reeling off a shutout decision loss to Kairat Akhmetov, the 27-year-old knows that if he wants to get a shot at the ONE Flyweight World Title, it all starts by beating Saputra.

“I’m coming off a loss, so I have to get back on the winning track, start a winning streak, and then become a World Champion before the year ends. That’s my goal this 2023.”