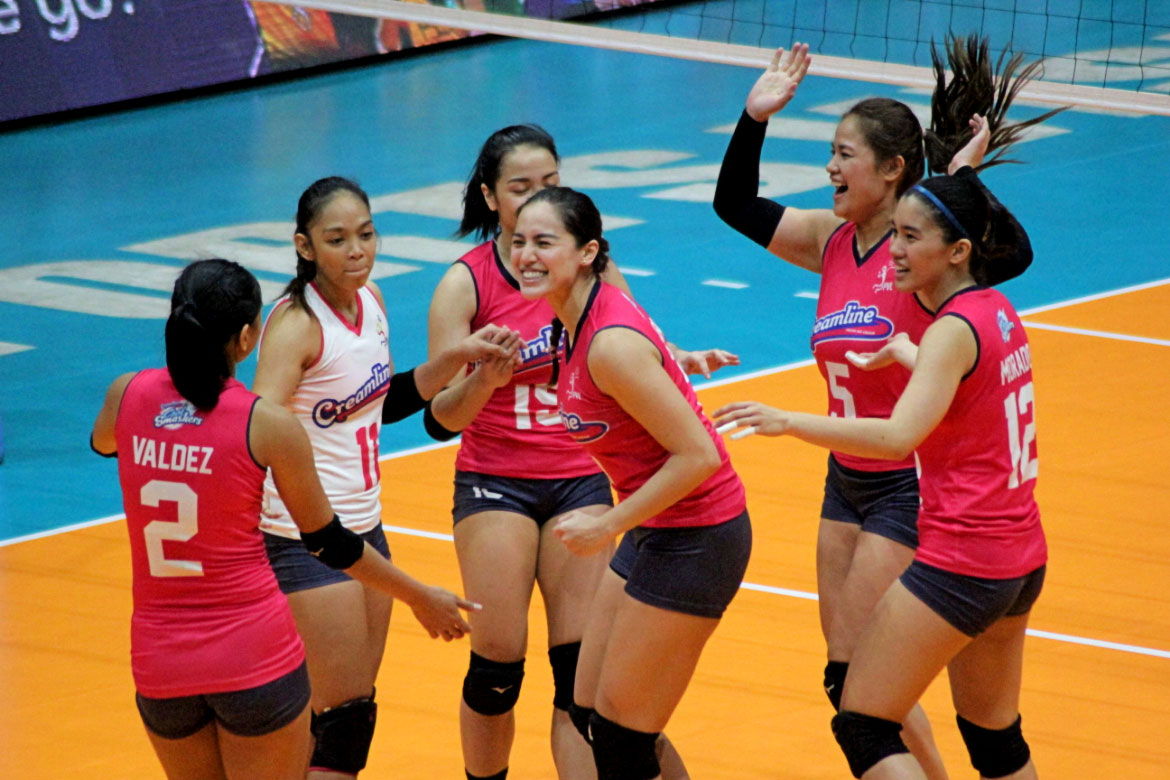 Michele Gumabao and the Creamline Cool Smashers made sure to send a statement when they raised the curtains of the Premier Volleyball League Season 3 Open Conference, Sunday afternoon.

The defending champions fended off the battle-tested core of Air Force, spoiling the PVL return of the Lady Jet Spikers with a straight-sets stunner, 25-23, 25-20, 25-15, at the FilOil Flying V Centre.

“I think every start of the conference, there’s this feeling na you don’t know what to expect from your opponents,” Creamline skipper Alyssa Valdez.

“We’re really expecting a long and hard match. But definitely in the first set, even as a team, nag-adjust din kami,” she added.

Holding a two-set advantage, the Cool Smashers leaned on their steady service game. They raced to an 18-9 spread in the third set — courtesy of back-to-back aces from Valdez — and never looked back.

Jia Morado put all of her attackers on the scoring column en route to 23 excellent sets on top of two markers.

On the other hand, Dell Palomata also had a game-high 14 points in a losing cause. She contributed 11 attacks and three blocks. May Ann Pantino added 10 points, while Angel Anipuesto managed seven markers and 11 excellent receptions.

Creamline look to make it two in a row when they face the Motolite Power Builders . Meanwhile, Air Force will try to notch their first win at the expense of the BanKo Perlas Spikers. Both matches will be played on Wednesday at the same venue.