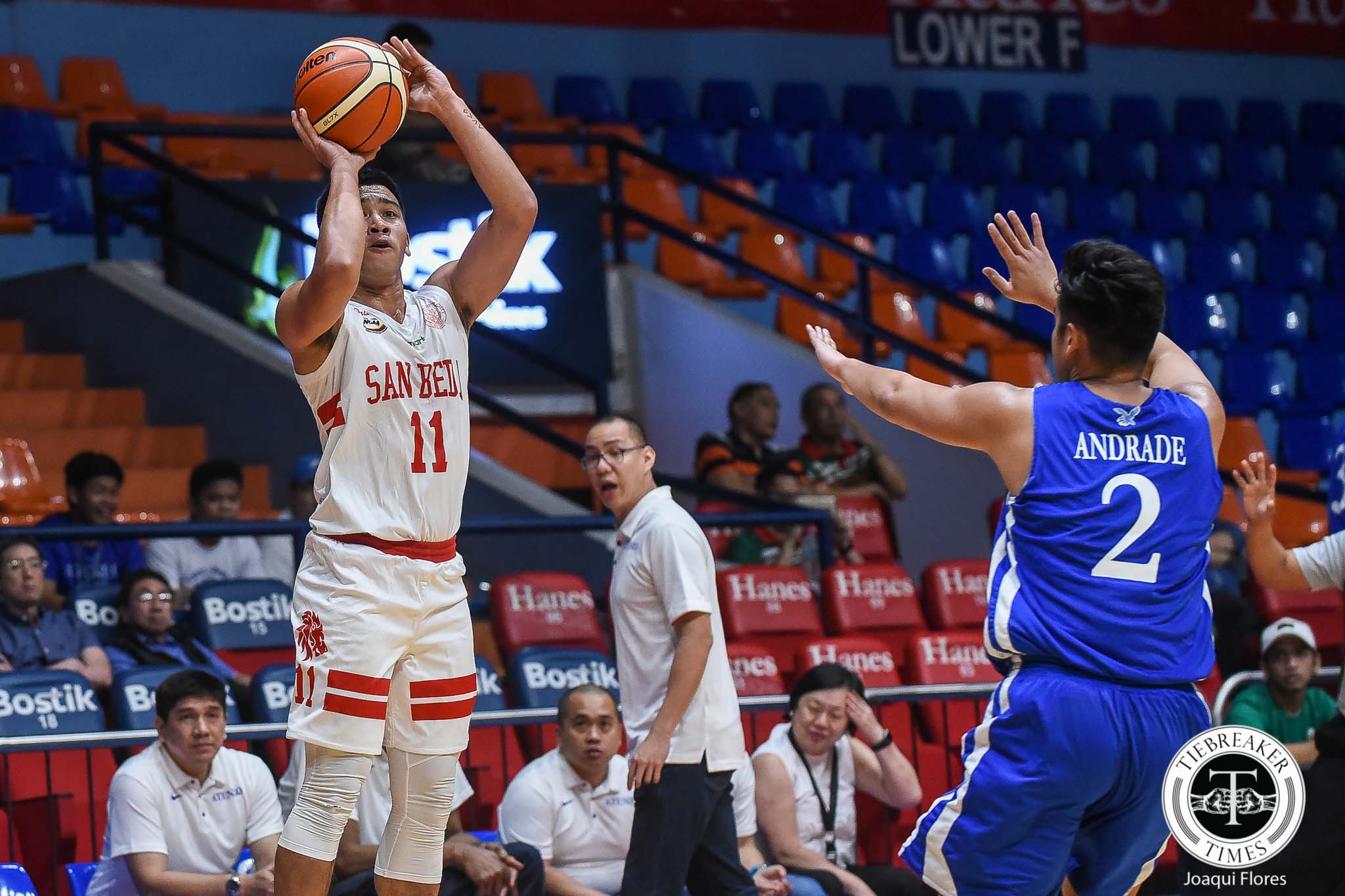 Twenty-four hours after their gallant stand in the 2019 PBA D-League quarterfinals, the Centro Escolar University Scorpions were sent crashing back down.

Behind Clint Doliguez and Donald Tankoua, the San Beda University Red Lions sent their Legarda neighbors back down to earth with an 80-59 thrashing, Friday afternoon in the 2019 Filoil Flying V Preseason Cup.

Unlike yesterday that saw CEU play just seven players, the Scorpions fielded 10 players in this match-up in Group A.

Most of those players though are either from the school’s Team B or are just recovering from injuries.

“Again, a win is a win and the boys stepped up,” said San Beda head coach Boyet Fernandez as San Beda picked up its third win in a row.

Doliguez tallied 12 points and seven rebounds in the win while Tankoua added 16 markers.

And the two were instrumental in San Beda’s 29-point third quarter that turned a nine-point lead into a 21-point cushion.

“Actually, we’re trying to challenge our players. I did challenge the boys and we’re just really lucky that CEU is not a hundred-percent, not a complete team. Medyo we are re just lucky today,” added Fernandez.

Malick Diouf, who is playing with tired legs, tallied 10 points and 11 rebounds for CEU, who dropped to 2-3. Jerome Santos and Franz Diaz had 14 and 12 points respectively.

San Beda will next face the San Sebastian Golden Stags on Monday, June 3 at 5:45 pm. CEU, on the other hand, takes on the Arellano Chiefs on Friday, June 7 at 7:30 pm.