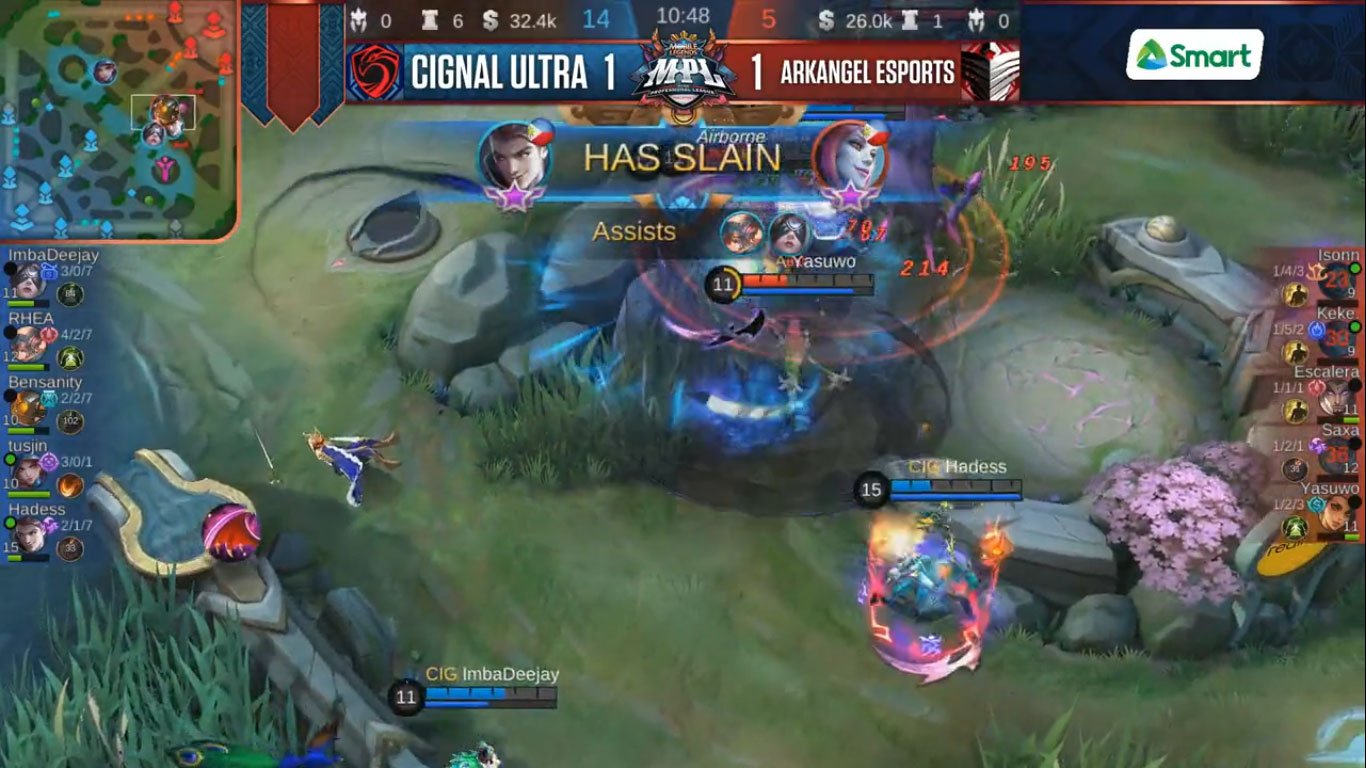 Cignal Ultra staged a come-from-behind victory to punch its ticket to the Mobile Legends: Bang Bang Professional League-Philippines Season Six after taking down ArkAngel, 2-1, in the Group A Main Qualifiers, Saturday.

Cignal, who won it all back in Season Two, will be making their comeback to the league after missing the previous season.

Despite dropping the series opener of the finale, Cignal Ultra was able to snatch to games in a row to take the first of two slots in the qualifiers.

RHEA (Thamuz) took down Saxa (Lancelot), cutting down ArkAngel’s main source of power. Hadess followed it up with a kill on Keke (Selena) and Yasuwo (Esmeralda), leaving Escalera (Yu Zhong) the lone survivor for ArkAngel.

With no one left to contest, the trio of Bensanity, Hadess, and tsujin (Natalia) secured the lord, forcing ArkAngel to defend.

Cignal Ultra bagged the game through a four-man wipe, making their entry to the league’s main draw.

ImbaDeejay spearheaded the win with four kills and 10 assists while RHEA finished the game with six kills, nine assists, and two deaths.

Hadess put up four kills, nine assists, and a death while the supporting cast of Bensanity and tsujin combined for 15 assists and five kills.

The main qualifiers for Group B will be held tomorrow.

After Ateneo, Poy Erram was ready to quit basketball