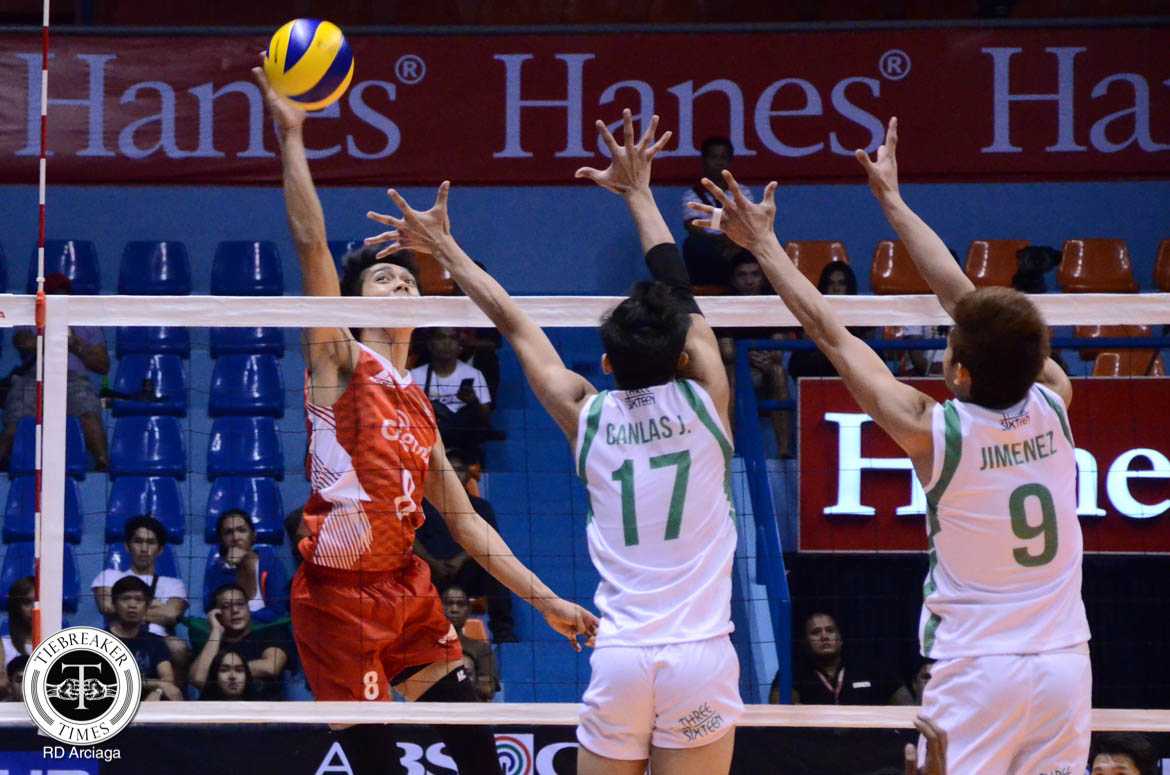 Coach Michael Carino admitted that rust was a factor in Cignal’s game today, coming off a two-week rest.

The second set was a different story for both teams. Neither one pulled away from the other for more than three points, until they reached a 23-23 deadlock, capped by a cross court hit by Herschel Ramos, who scored a total of nine markers.

The two teams then exchanged 11 set points, only four of which were in favor of the Volley Masters.

Then, Cignal went back to its solid form in the third set, never letting the Balubar-led squad catch up after a 9-3 opening, which helped them finish the set with a 10-point lead, 25-15.

The Volley Masters, however, turned the momentum of the game around and took the fourth set, 25-17. They were led by top-scorer Greg Dolor, who notched 21 for his team, with 18 coming off attacks and two from service aces.

The HD Spikers had match point, 14-12, in the fifth, but consecutive miscues once again put the red-clad team in danger, 14-14.

The final set of the game was slowly becoming a repeat of the second set, with both teams exchanging set and match points, when a crucial service error by Peter Pirante, followed by an Edmar Bonono cross court hit ended the game, 19-17 for Cignal.

Aside from Dolor, Jeffrey Jimenez led IEM in scoring with 18, 14 of which came off attacks and four off blocks.

On the other hand, Ysay Marasigan scored 16 for the HD spikers, with 14 off attacks and a service ace.

Both teams have been playoff-bound since their games before this one.

Kaya return to winning ways with rout of Green Archers