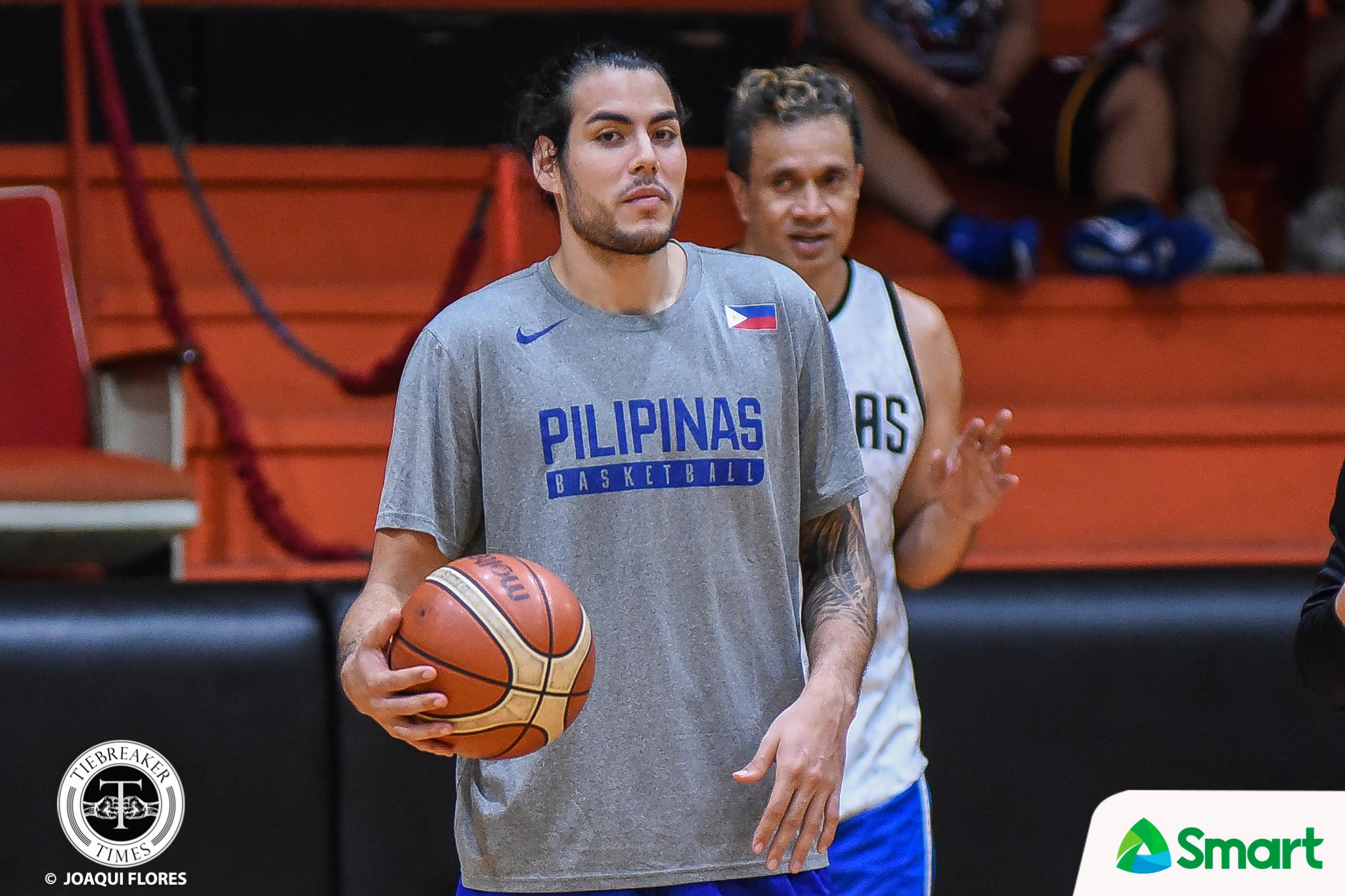 Having made himself known as one tireless workhorse, it has become hard to think of Christian Standhardinger sitting out games and practices all because he got sick.

Too bad it happened.

The Fil-German wasn’t able to join the Philippine Men’s National Basketball Team practice on Saturday, and their tune-up match against the iECO Green Warriors on Sunday due to a bum stomach.

“I don’t know what happened,” shared Standhardinger. “But I had to run to the toilet, I had coughing, I had headache, I had everything.

“So I had to sit out, unfortunately.”

Fortunately, Standhardinger has recovered. He joined the Nationals’ practice on Monday morning, their last session here in Manila before they fly to Iran on Monday night.

The 29-year-old reiterated that he doesn’t know what in particular hit him over the weekend, but he’s just grateful that he has overcome it and he’s now on his way to reaching full health.

“I don’t know what it was, to be honest with you. But I took a lot of pills so the doctors must have known what it is. Now it’s getting better step by step and that’s the most important thing,” he said.

Now that he’s back working with his fellow flag-bearers, Standhardinger has shifted his focus to Iran, which they will face in the FIBA World Cup 2019 Asian Qualifiers this Thursday.

He even likes the Filipino dribblers’ chances against the powerhouse squad, even if the Iranians will parade seven-foot-plus behemoth Hamed Haddadi as their patrolman in the paint.

“He’s a great player. He played NBA and obviously that comes with a lot of experience. But I think we are quick enough – we Filipinos are quick and fast – to counter that strength in sight,” the workhorse shared.

“I hope we can execute.”