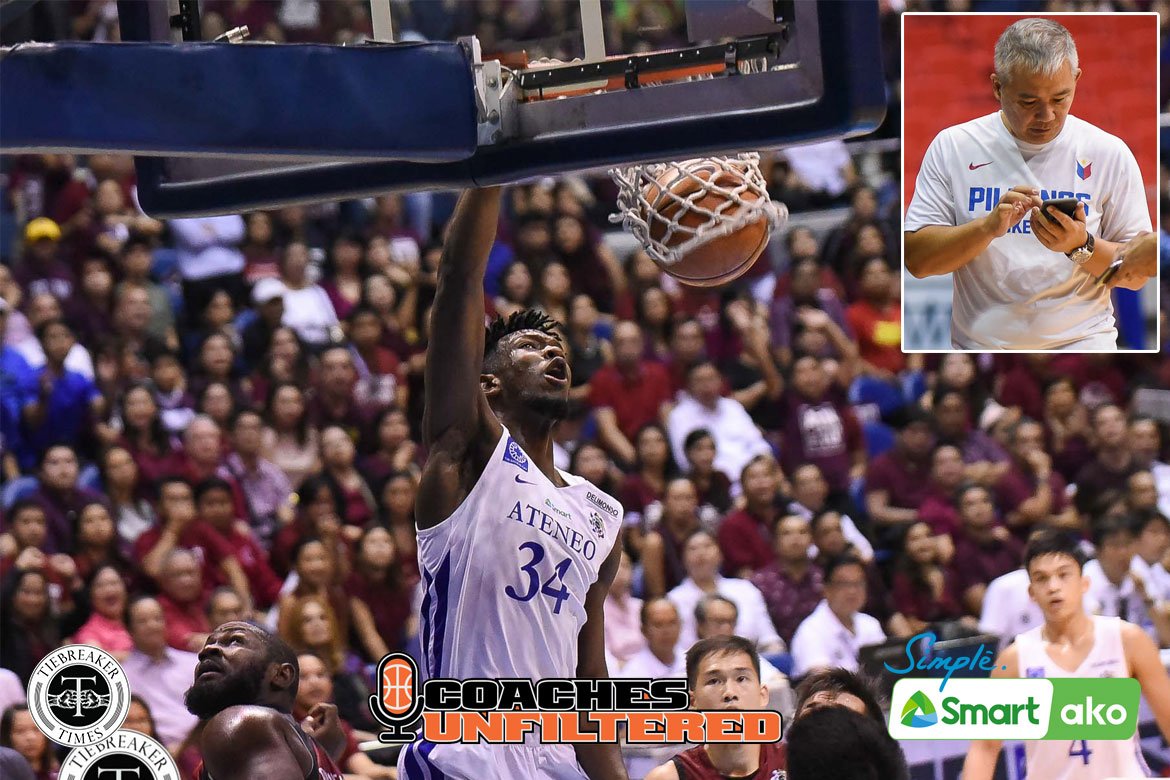 Chot Reyes believes that hiring a naturalized player who has the size and the ability to play outside remains ideal for Gilas Pilipinas.

The former national team mentor offered the opinion on Thursday’s Coaches Unfiltered, presented by SMART and supported by Mighty Sports and Choi Garden.

“We need a tall guy who can also play outside because that’s our advantage. That’s the way we give other teams problems,” he said.

“If our big man can be a stretch four or five, that’s the perfect type of player. If there’s a 7-footer who’s pretty young and is willing to give up his citizenship.”

During his time as Gilas’ drillmaster, Reyes got to handle two naturalized players — first Marcus Douthit, and then Andray Blatche.

However, the Samahang Basketbol ng Pilipinas is moving on from him, and the search for the new naturalized player is now on.

Perfectly fitting the bill of a 7-foot outside shooter is 20-year-old Ivorian big man Kouame, who stands at 6-foot-10.

“There’s quite a few that the SBP and the current coaches are looking at,” Reyes said.

“It entails a lot of planning and forward-looking.”

But for Reyes, it doesn’t necessarily mean that Gilas should strictly look at skilled 7-footers, given the program’s prospective talents.

Sotto is currently part of the G League select program, while Edu is with NCAA Division I school University of Toledo.

And if those bigs of the future would further develop, Reyes said that Gilas could afford to take a look at a wingman as its naturalized player.

“Right now, if Kai and AJ develop as we think they should, maybe we can look at somebody who’s more skillful, more all-around wingman type who can play guard, forward, shoot the three, ’cause we already have the seven-footers in Kai and AJ.”