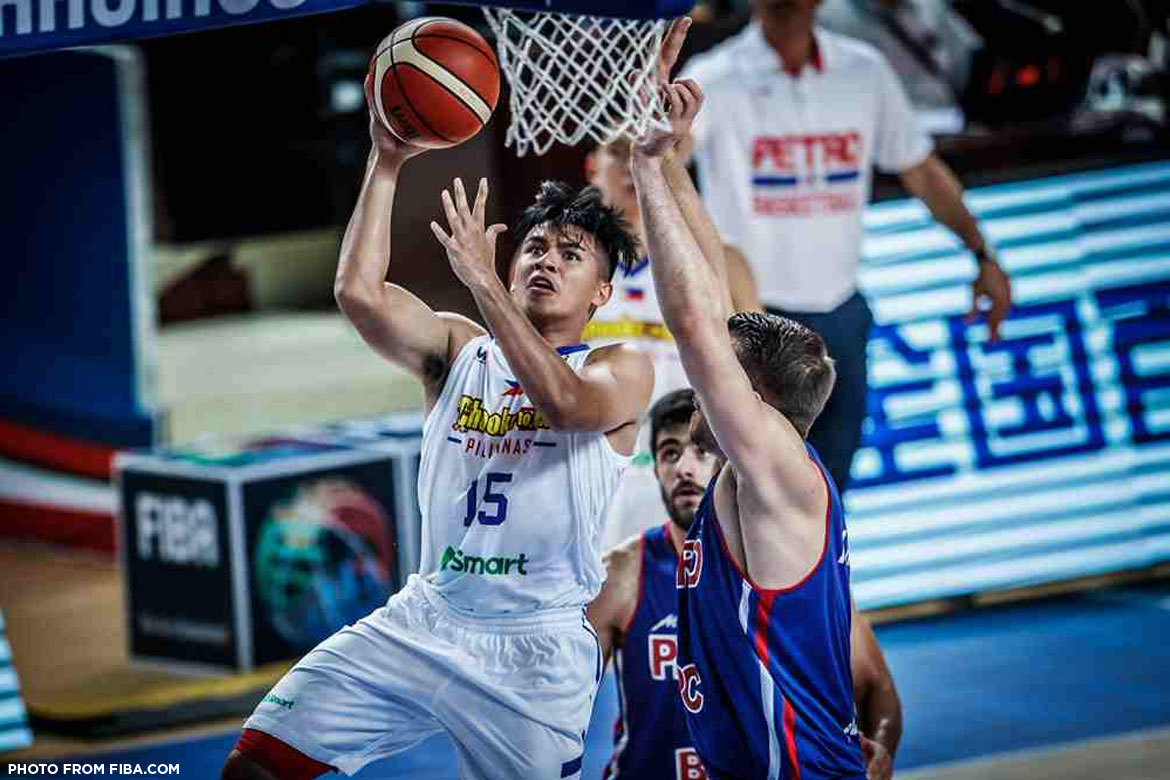 Iranian club team Petrochimi had an answer to everything Chooks-to-Go Pilipinas threw at them, handing the Philippine team a 87-66 beating, Tuesday evening in Chenzhou, China.

The loss dropped Chooks-to-Go to the third seed in Group A, setting up a showdown with Andray Blatche’s club team China Kashgar in the crossover quarterfinals. The game will take place on Thursday, September 26.

After shooting at blistering 14-for-28 clip from distance against Mono Vampire last Sunday, Chooks-to-Go struggled to replicate their form against the much-taller Iranian club team, going just 4-for-19 from range.

However, Willie Warren proved to be the bane in the Filipino club’s side, scoring 12 of his 30 points in the second frame that helped turn a two-point deficit into a double-digit lead the rest of the way. Moreover, frustration got in the way of Chooks during that span, as both Ravena and Coach Chot Reyes were called for technical fouls with 1:57 left in the half.

Chooks could only cut the lead to as low as 10 points, 66-56, after a Ravena bucket with 6:54 remaining. But Petrochimi answered right back with a 14-0 run capped by free throws from Arsalan Kazemi and Saied Davarpanah.

The Manila-based club team shot just 37 percent from the field, and was a disappointing 14-for-22 from the charity stripe. Moreover, Chooks was out-rebounded 37-54.

#ReadMore  Adamson clobbers UST by 27 for share of fourth

Norbert Torres chipped in nine markers off the bench, but Carl Cruz, who dropped 28 points last Sunday, went scoreless in this outing.