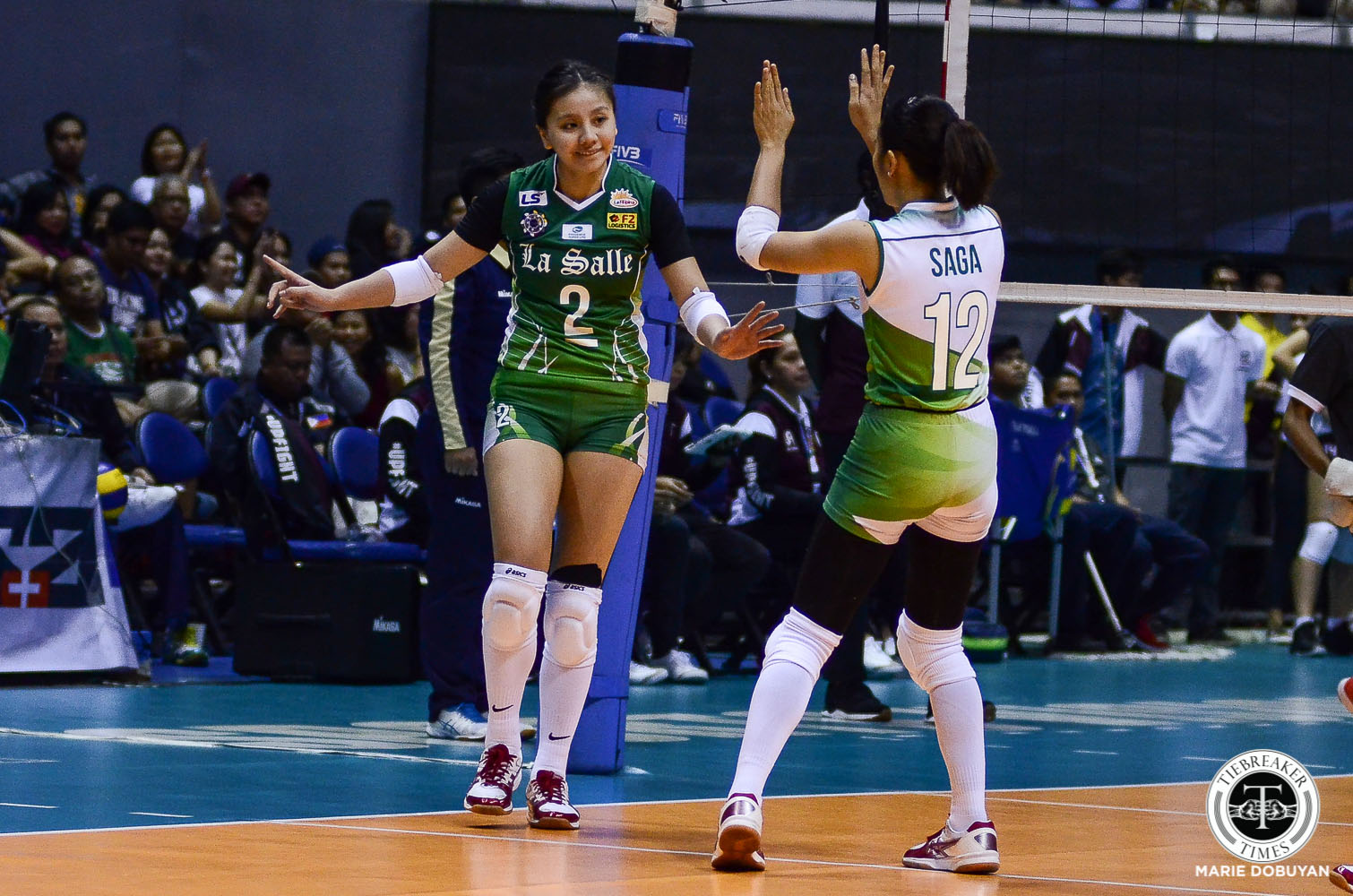 The three-time defending champions were coming off a disheartening loss to the UP Lady Maroons entering last week’s slate of matches.

The resurgent 5-foot-8 spiker then found her form, leading the Lady Spikers with 19 points in a straight-sets win over the upstart NU Lady Bulldogs last Wednesday.

She followed up with an inspired performance, dropping a career-high 20 points to help her squad avenge their first-round loss to the UST Tigresses last Sunday.

For keying La Salle’s run back to solo second in the standings, Cheng has been named the Chooks-to-Go/Collegiate Press Corps UAAP Player of the Week.

The Lady Spikers, now with a 7-3 record, were determined to prove they were better than the team that lost in straight sets to UST in the first round.

Cheng proved vital, not only because of her offensive exploits, but also as the La Salle emotional barometer.

Last Season’s Best Server trusts that La Salle will continue to play with the same energy and pride as the tournament winds down to its crucial stretch.

Cheng edged out Far Eastern University’s Ivana Agudo, National U’s Jennifer Nierva, and Ateneo De Manila University’s Kat Tolentino for the weekly honor given out by print and online media on the beat.

As UAAP career winds down, Kath Arado gets more sentimental with each final matchup