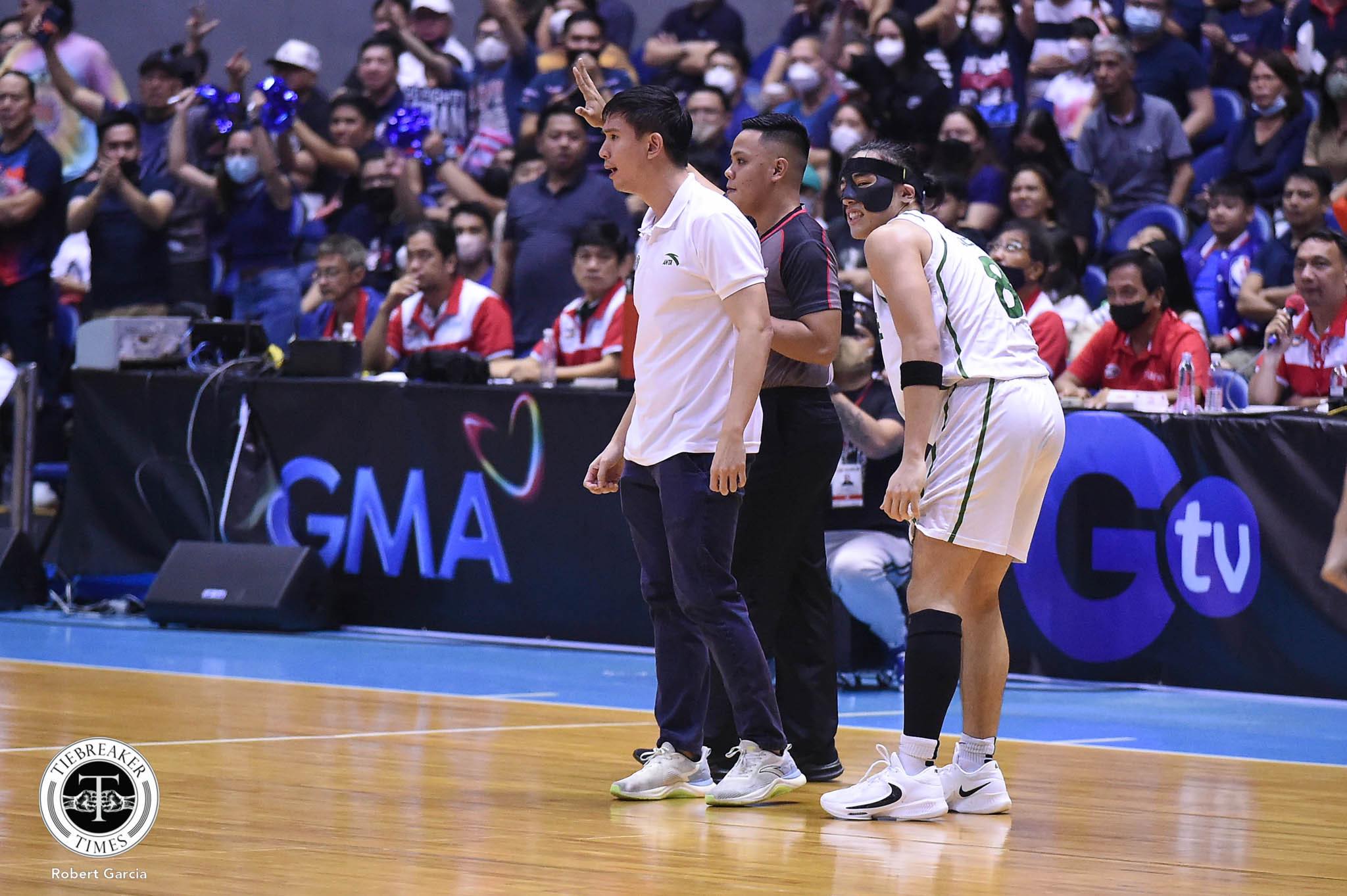 Just two minutes into his first-ever Finals game, Miguel Oczon had to be taken out.

After attempting his first shot with 8:03 on the clock in the opening salvo of the NCAA Season 98 Seniors Basketball Finals, the 6-foot gunner landed on the foot of Letran’s Kyle Tolentino resulting in a sprain.

He did not return to the game.

“I was a bit surprised – I didn’t really see it on video. I know he got hurt, but I’m surprised the referees didn’t call a foul. Tolentino comes up to me and apologizes and I don’t doubt that, I don’t think he’s out to hurt any guys,” said Blazers head coach Chares Tiu.

“The other players, I can’t say the same.

“I really thought he’d be able to come back, but when they told me he couldn’t go, I was really surprised. That’s basketball talaga and sometimes, things just don’t go your way. I would’ve liked to see him compete. I would like to go on a fully healthy team, both squads, and duke it out. But I can’t make excuses. They outplayed us and they deserve to win,” the young head coach out of Ateneo continued.

And Benilde definitely missed the production of their lead shooter, losing 75-81 to be on the brink of elimination.

Though Game Two is on Sunday, Tiu is not hopeful that Oczon will be present for the Blazers.

The likes of JC Cullar, Jimboy Pasturan, Macoy Marcos, and, even, rookie Joshua Cajucom are tasked to step up for Oczon.