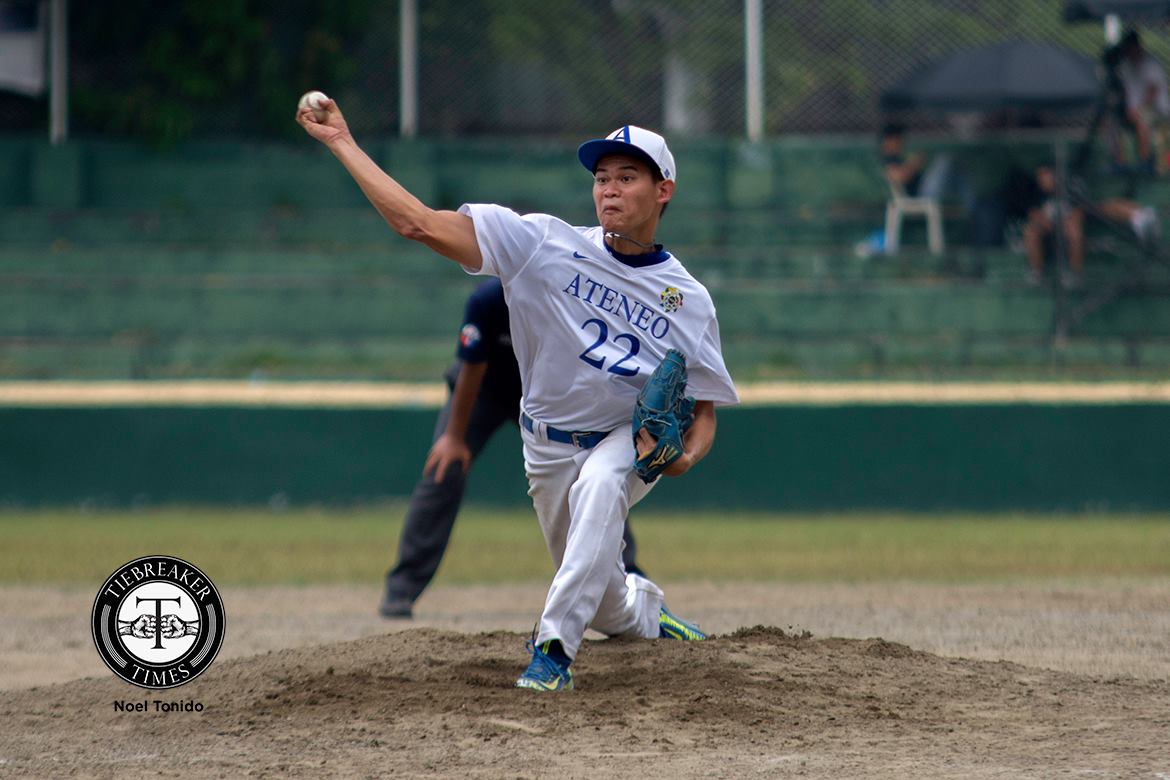 After Game One of the UAAP Season 79 Baseball Finals last Tuesday, Ateneo’s ace pitcher Paulo Macasaet did not look like he had just pitched seven innings against the University of Santo Tomas Golden Sox, nor like he had gone through the grind of the UAAP regular season.

Last February 11, 2015, then-rookie Macasaet had pitched his first nine-inning game in the seniors level against arch-rivals De La Salle University Green Batters. It was a debut to remember, as the high-powered La Salle offense was limited to just four hits in the game, leading to a 4-1 win.

Immediately after that game, Macasaet’s shoulder was heavily iced, while his body was in pain for the next two days.

Last season was supposed to be Macasaet’s crowning moment. With Andy Tan — an Ateneo great — having already exhausting his UAAP eligilibity a season ago, the lanky pitcher became the Blue Eagles’ ace.

Macasaet, who was part of the Philippine team that played in the 2016 World Baseball Classic Qualifiers in Australia, was crowned as the league’s ace of aces. However, Macasaet, who was just in his second year, eventually caved in to the pressure of the Season 78 Finals and the fatigue brought about by balancing school and the UAAP. The Blue Eagles surrendered their throne to the Green Batters in two games.

This season, the now-21-year-old pitched a total of 43 2/3 innings, including their Game One win, throwing a total of 624 pitches. Moreover, he is giving up the second-lowest ERAs in the league among pitchers who have faced a minimum of 100 batters at 1.862.

And after nine games, the proud son of Lipa, Batangas has yet to feel the slightest of pain in his body.

“Last year, I didn’t really dedicate my time to using the gym, may mga time din na nagpupuyat for studies. This year, I learned to manage my time,” he shared when pressed about what changed for him this season.

“After every start? Ice bath. Gym [the next day], go to the weight room, para lang i-maintain yung lakas ko.”

But besides being physically ready, the team believes that Macasaet is ready to make the leap.

“He is the leader of my pitching staff. The team grows around him as of now. The way he is playing right now, he is there,” Ateneo Baseball program director Randy Dizer said.

With Ateneo just one game away from winning their fourth crown in the last five years, Macasaet, who is now 5-0 this season, wants to give it one last go.