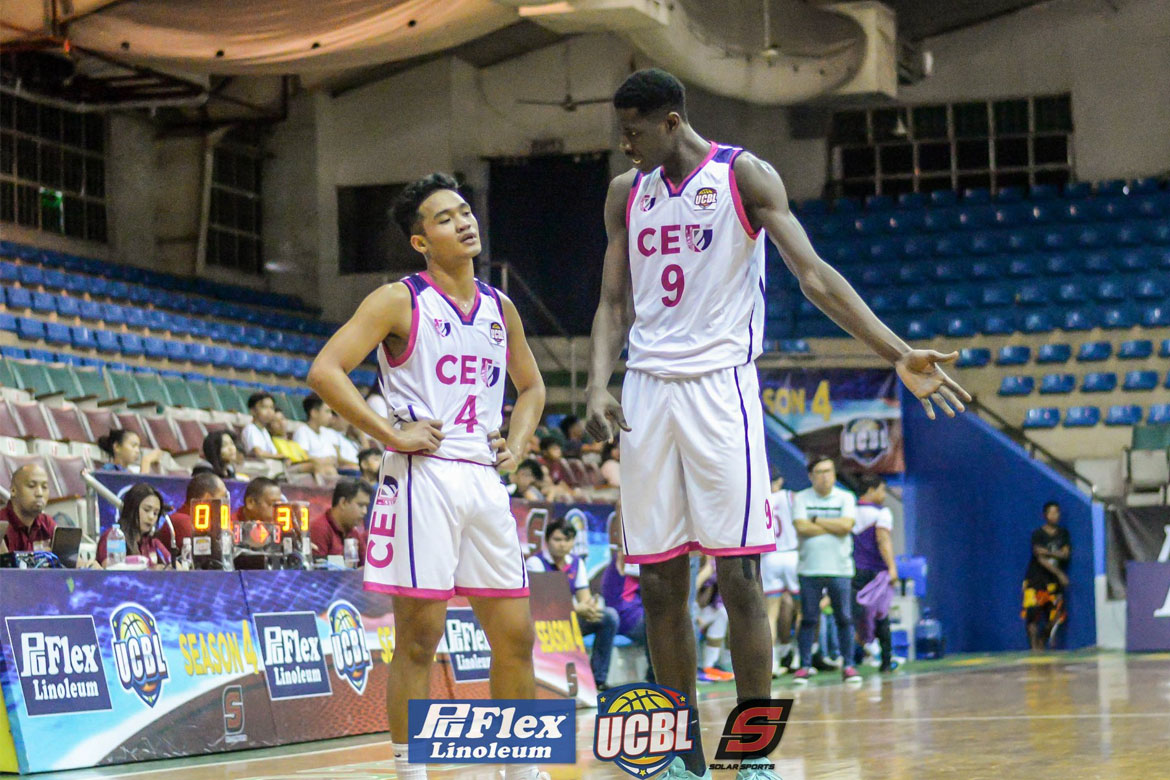 Centro Escolar University rolled to a convincing 82-57 win over Philippine Christian University-Dasmariñas while Olivarez College closed out its first round campaign in the PG Flex Linoleum-Universities and Colleges Basketball League with a bang Thursday at the Olivarez College gym in Parañaque City.

The Scorpions used a fiery start to notch their fourth win in six games – thanks to another double-double performance of the 6-foot-7 center Maodo Diouf.

Like in the team’s 85-68 win over the Technological Institute of the Philippines Engineers last Monday, Diouf was equally dominant in both ends, scoring a game-high 25 points aside on a near-perfect 10-of-11 shooting from field and 5-of-16 from the free throw area.

In a little over 23 minutes of action, Diouf also posted14 boards, three steals, and two blocks as he used his height advantage to dominate the shaded lane.

He was ably supported by Angel Paul Escalona who added 14 points, five assists, and four steals, while Van Cleef Tagal chipped in 13 points and five boards.

Meantime, the Olivarez Sea Lions used a big second quarter performance to beat the Engineers, 81-72, to finish the round with a 5-2 mark.

The No. 1 team, along with third, fifth and seventh placers after the first round play another single round – same thing for No. 2, 4, 6 and 8 teams – to determine the semifinalist.

All teams will carry their win-loss records into the next phase of the elims with the top two teams advancing to the semis.