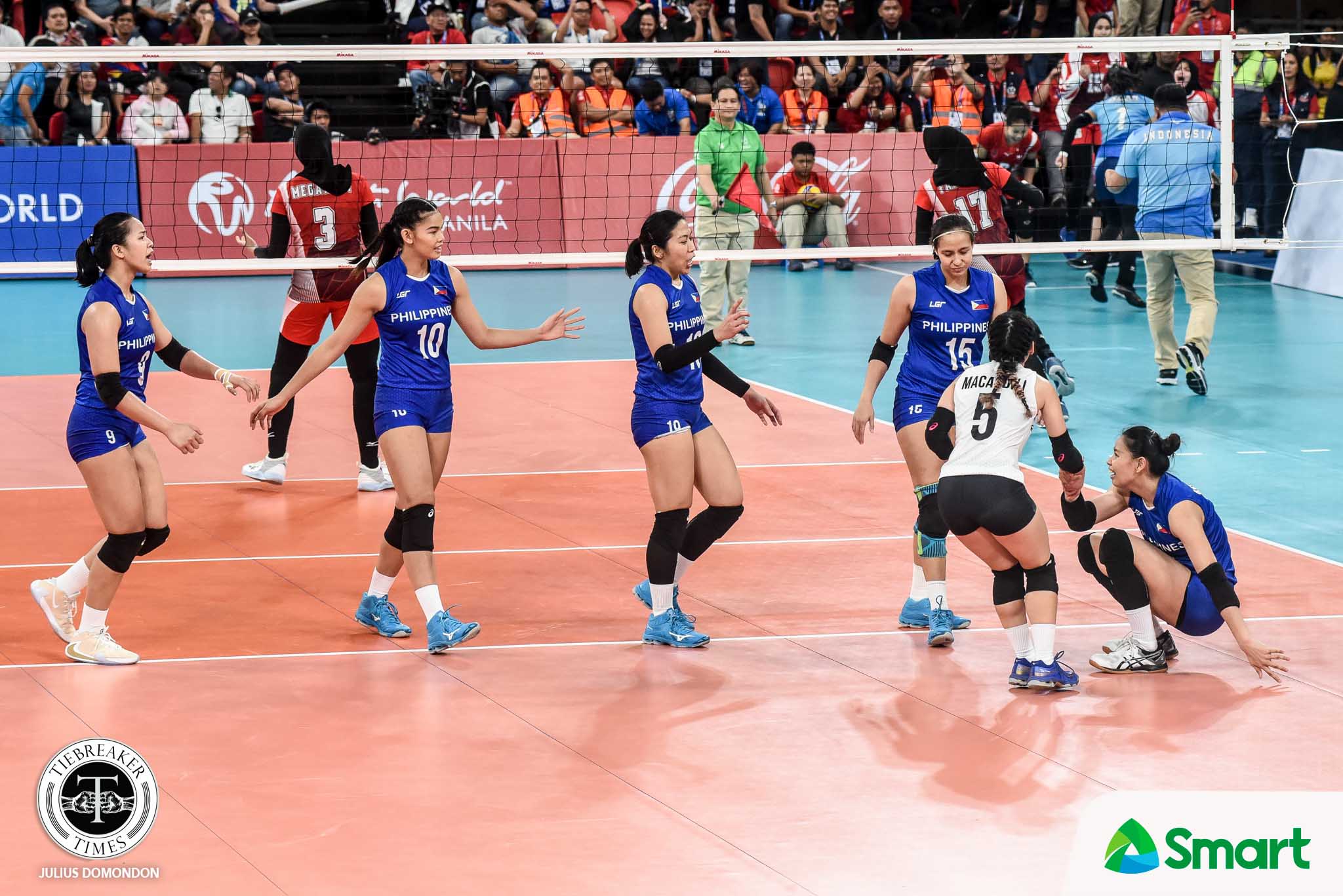 Clinging onto a 13-12 edge in the final chapter of a bronze medal match, after the Philippines had fought back from a one-set deficit, the Filipinas were bent on completing their escape act on Indonesia.

Ces Molina then seized the moment in a frantic rally between two teams, refusing to let a whole nation behind them down.

Using the decoy set up by Majoy Baron in a combination play which Rhea Dimaculangan orchestrated to perfection, Molina pummeled a hit that brought the home country’s podium bid to a crescendo.

The Filipinas sat at match point, 14-12, well within reach of salvaging a measure of pride after the dire straights of the elimination round.

The stars were starting to align for the Philippines on a fateful Monday night — until they weren’t.

Megawati Hangestri Pertiwi’s late-game heroics emerged then, stealing the spotlight from Molina’s career-defining moment. She strapped Indonesia on her back, leading a 4-0 swing that knocked the Filipinas senseless.

Just like that, the Philippines had kissed its bronze medal hopes goodbye before a crowd of 6,000 supporters. The glorious conclusion the Nationals had hoped for turned into a nightmare.

“Actually after the game, talaga sobrang lungkot ng lahat. Nag-iiyakan talaga sa dugout namin,” Molina, who wounded up with 17 points and 12 digs in a losing cause, recounted.

It was truly heartbreaking for the Filipinas, to say the least. But gracious in defeat, Molina gave it to the more composed and experienced Indonesians.

As painful as it was, though, the Filipinas will not let the narrative of being winless throughout the 30th Southeast Asian Games define their bid to bring glory to the country. From pushing the T4-led Vietnam side to the limit, to dragging reigning queen Thailand in deep waters in an epic marathon set, down to being on the cusp of an Indonesian upset, the Nationals gave the Philippines something to be proud of. 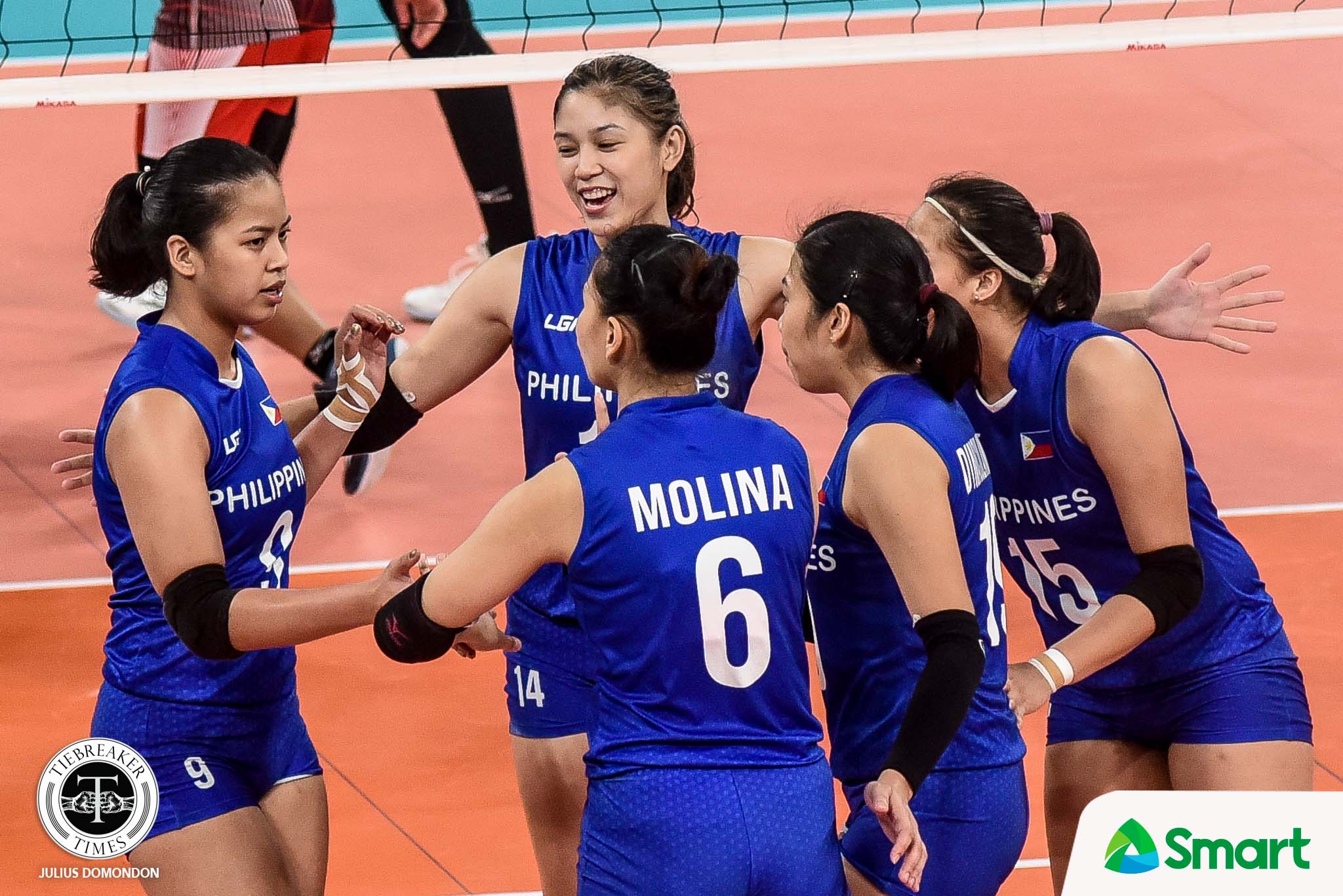 But the Filipinas know that they should never settle for less. From this point onward, there’s nowhere to go but up.