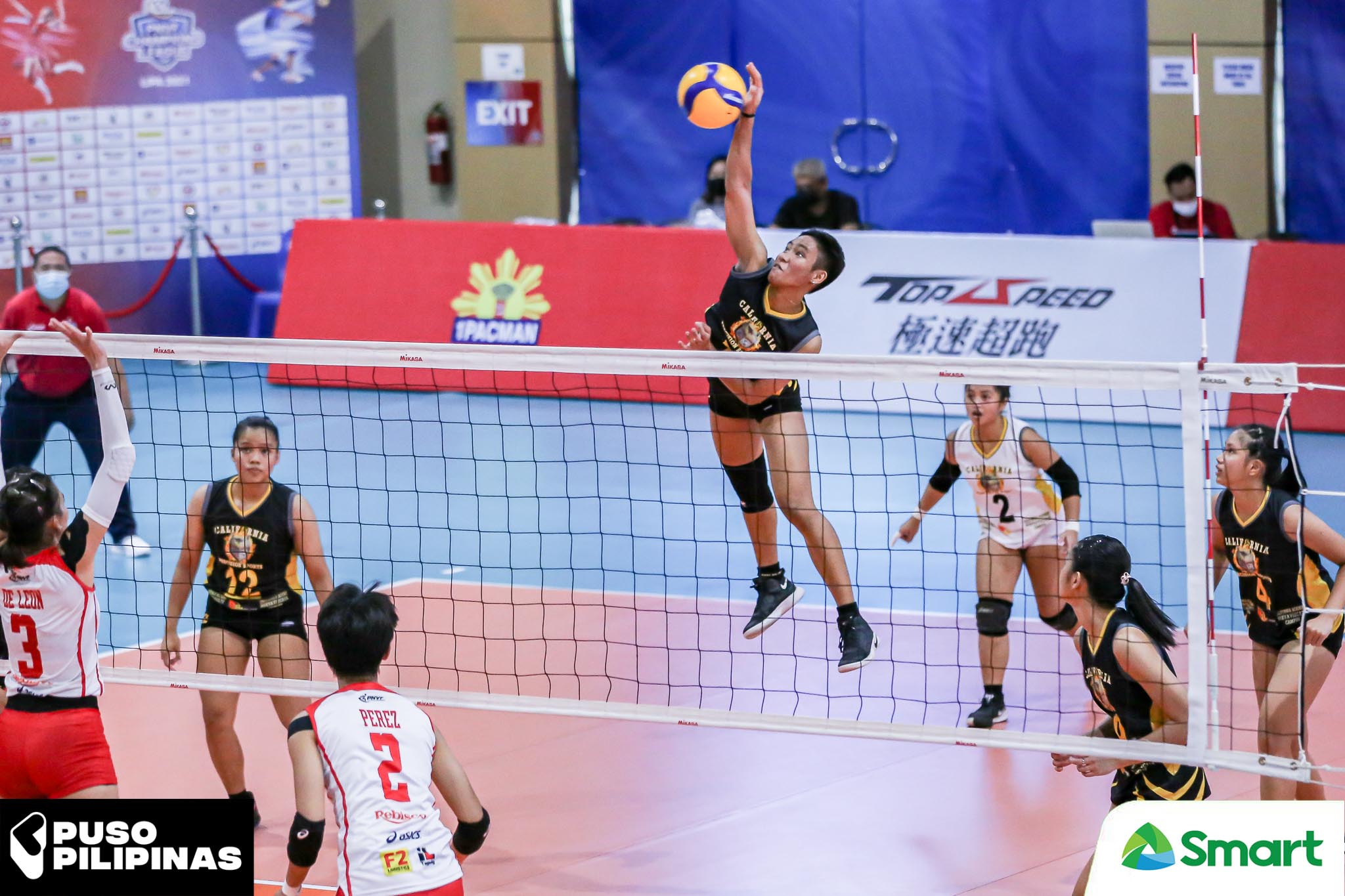 LIPA CITY, BATANGAS — California Precision Sports wielded the upset axe on Petro Gazz, overcoming a 0-2 disadvantage to take an 18-25, 12-25, 25-22, 25-14, 15-13 win on the fourth day of the PNVF Champions League here at the Aquamarine Recreational Center, Wednesday.

Jelaica Gajero, who provided eight big points in the final set for CPS, ended up with 22 points, 19 digs, and 15 receptions while Casiey Dongallo fired 21 attacks also for 22 markers.

Coming off a hot fourth set, CPS went in the final frame with guns blazing.

The young squad took an 8-5 advantage over Petro Gazz, which fielded in its starters to close the game.

Jelaica Gajero then took over for CPS, spearheading a 3-0 run, which included a one-man block on Pablo, for the 11-6 lead.

A few plays later, Grethcel Soltones fired back-to-back followed by a Jenalyn Umayam error which pulled the Angels to within one, 12-13.

Gajero then converted right back to out CPS at match-point, but Soltones answered again to close the gap to one anew.

Joyce Soliven ended the match with a kill.

The Antipolo-based varsity team ended the tournament with a 2-3 win-loss record.

CPS overcame a 19-22 deficit in the third set to kick-start its surge. They also had a hot fourth frame which saw them take a 12-point advantage over Petro Gazz.

The Angels, who used its reserves in the first three sets, were forced to field in Ria Meneses, Myla Pablo, and Remy Palma in the last two frames.

Leading the charge for Petro Gazz is Ces Molina with 22 points.

Grethcel Soltones had an outing, finishing with 14 points, 21 receptions, and 11 digs while Kath Arado ended up with 36 excellent receptions.

The Angels slid to a 2-2 standing with six points.

Petro Gazz will end its campaign against Tuguegarao tomorrow, Wednesday at 1:30.