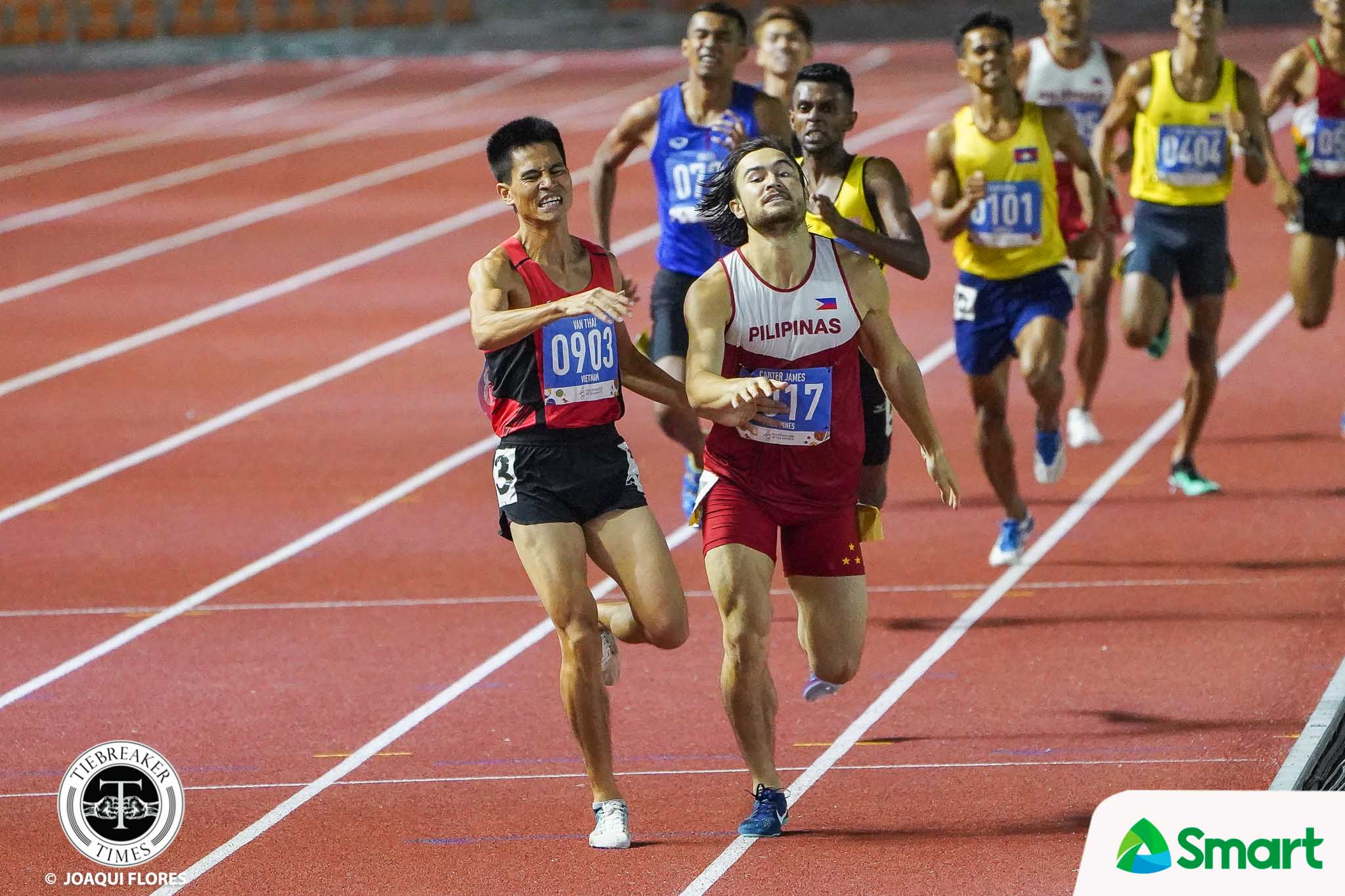 CAPAS, TARLAC — Southeast Asian Games rookie Carter Lilly was well on his way to a gold medal in the final stretch of the 800-meter race, Monday evening.

Hot on his heels in the final 50-meters was Duong Van Thai. The once-blowout then turned into a neck-and-neck race.

Close to the finish line, the Vietnamese made a mad dash, eventually swinging his left elbow into Lilly’s gut and causing him to stumble.

Thai ended up winning his second medal of the Games with a time of one minute and 49.91 seconds — 0.26 split-seconds ahead of Lilly. 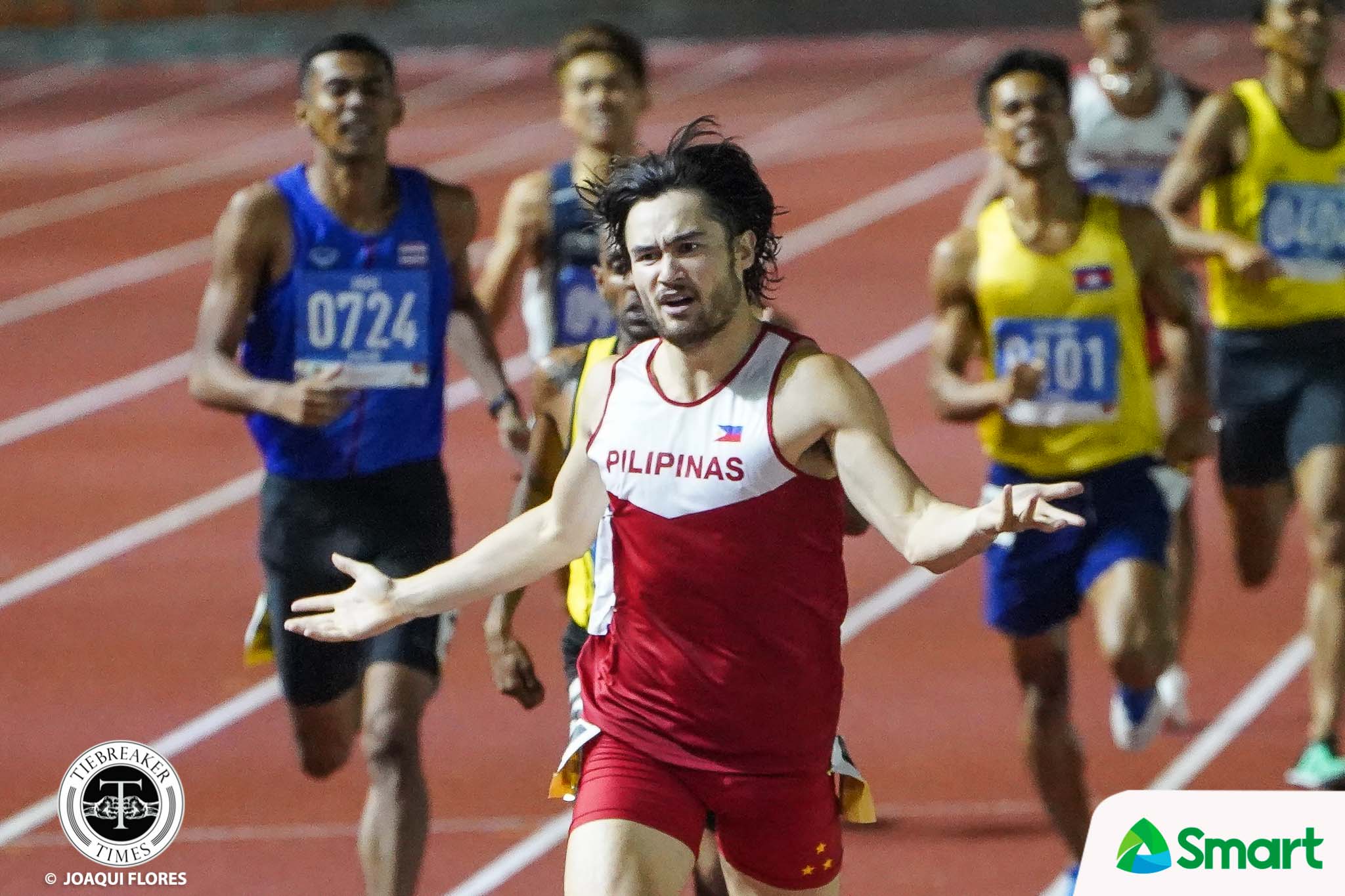 The champion received jeers and boos from the thousands of fans that packed the NCC Athletics Center. But for Lilly, it was all part of the game.

The 24-year-old product of University of Iowa was instead filled with regret with how he finished the race. And he’s not blaming anyone but himself.

“I don’t think it was too bad. I’m glad that the race was at night,” he said when asked if the humidity affected him. “But coming anywhere new, halfway across the world from where I’m training, it’s always a tough adjustment. But I felt like I adjusted pretty well.

“It’s just my first race in a while. It happens.”

Lilly won’t let this setback get in his way, vowing that in the next two years, he will get back and don his motherland’s colors once more and win that gold.

“Go back to training and get a little better.”