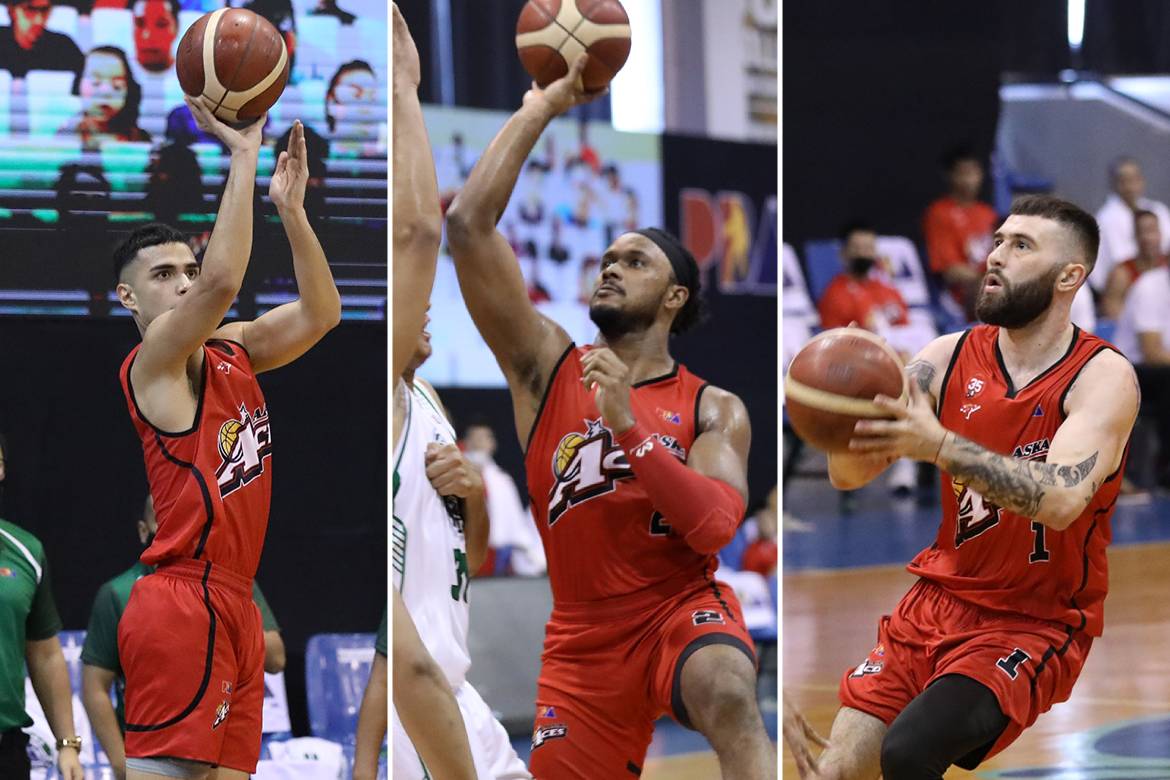 Veterans Vic Manuel and Jvee Casio steadied the ship for Alaska to weather the Terrafirma Dyip storm on Monday night. But a few young Aces also had a hand in the triumph, which got them back on track in the 2020 PBA Philippine Cup.

Robbie Herndon, Mike DiGregorio, and Abu Tratter all made their presence felt as the Milkmen rebounded from the narrow 88-92 loss they suffered at the hands of San Miguel Beer last week.

Alaska has collected its fourth win in seven games.

Herndon was the team’s second best scorer with 12 points on 6-of-10 shooting from the field. DiGregorio made 11 points spiked by two triples, while Abu Tratter chimed in 10 markers and a game-high 11 rebounds.

“I don’t think I would’ve traded for them if I didn’t think that they could contribute to Alaska.

Alaska picked up the three young guns via trade.

Tratter was the first on board back in September of last year, after Blackwater shipped him over in exchange for Carl Bryan Cruz in a one-for-one deal.

A few months after that, Herndon arrived following a deal that caught many by surprise. Along with bruiser Rodney Brondial, the Fil-Am cager was traded by Magnolia for guard Chris Banchero.

And just last January, the Aces got the sweet-shooting DiGregorio from TNT Tropang Giga for another gunslinging guard Simon Enciso. Both teams also swapped their 2023 second round picks in the same deal.

All these acquisitions are in line with Cariaso’s vision to reclaim Alaska’s glory days. And so far this season, the three have been proving the veteran mentor right.

Across seven games, Herndon is Alaska’s second-best scorer behind Manuel with an average of 12.14 points. Tratter has norms of 11.14 points and 7.29 rebounds, while DiGregorio has 10.71 markers.

“It’s crazy what a little bit of playing time can do to a player confidence-wise,” said Cariaso, as they were relatively underutilized by their previous teams. “We brought these guys knowing that they’re gonna be a big part of what we do.

“Slowly but surely, we’re staying consistent in showcasing it.”