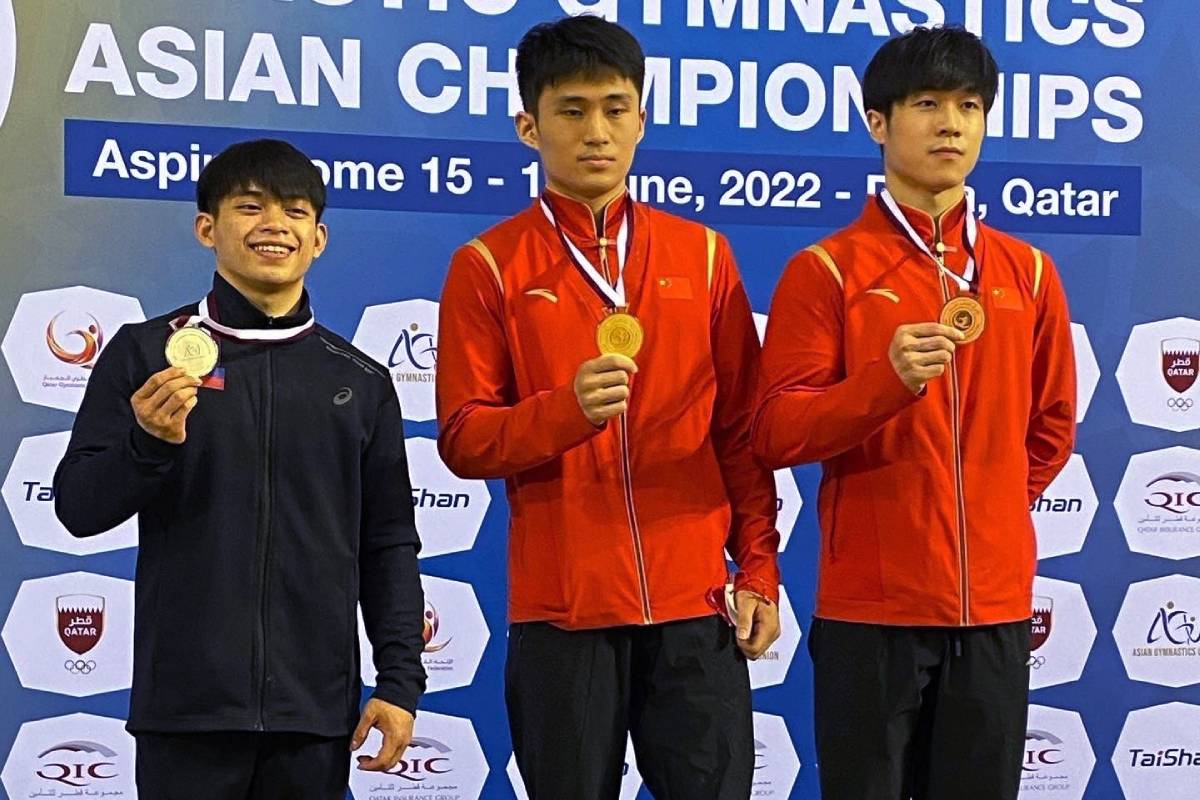 The 22-year-old gymnastics prodigy finished second in the men’s individual all-around in the 9th Artistic Gymnastics Asian Championships, Thursday at the Aspire Dome in Doha, Qatar.

Yulo’s silver is the first medal for any Filipino in the continental meet.

The reigning two-time Southeast Asian Games all-around champion finished with a total of 83.767 for the silver medal after China’s Shi Cong came from behind to snag the title with 83.833. Another Chinese gymnast in Yang Jiaxing rounded up the podium with 83.733.

Yulo also dominated the vault, where he is the reigning World Champion, with a score of 14.867 to qualify for its apparatus final. He also finished with 14.367 on the parallel bars to also move on into the final in sixth place.

The 2019 World Champion in floor exercise will also compete in the final of the said apparatus after he ended with 14.800 earlier on Wednesday. He likewise advanced into the rings final with 14.100 in the qualifiers, good for sixth place as well.

The apparatus final starts on Friday with Yulo taking the floor exercise and rings, while the vault and the parallel bars finals will take place on Saturday.