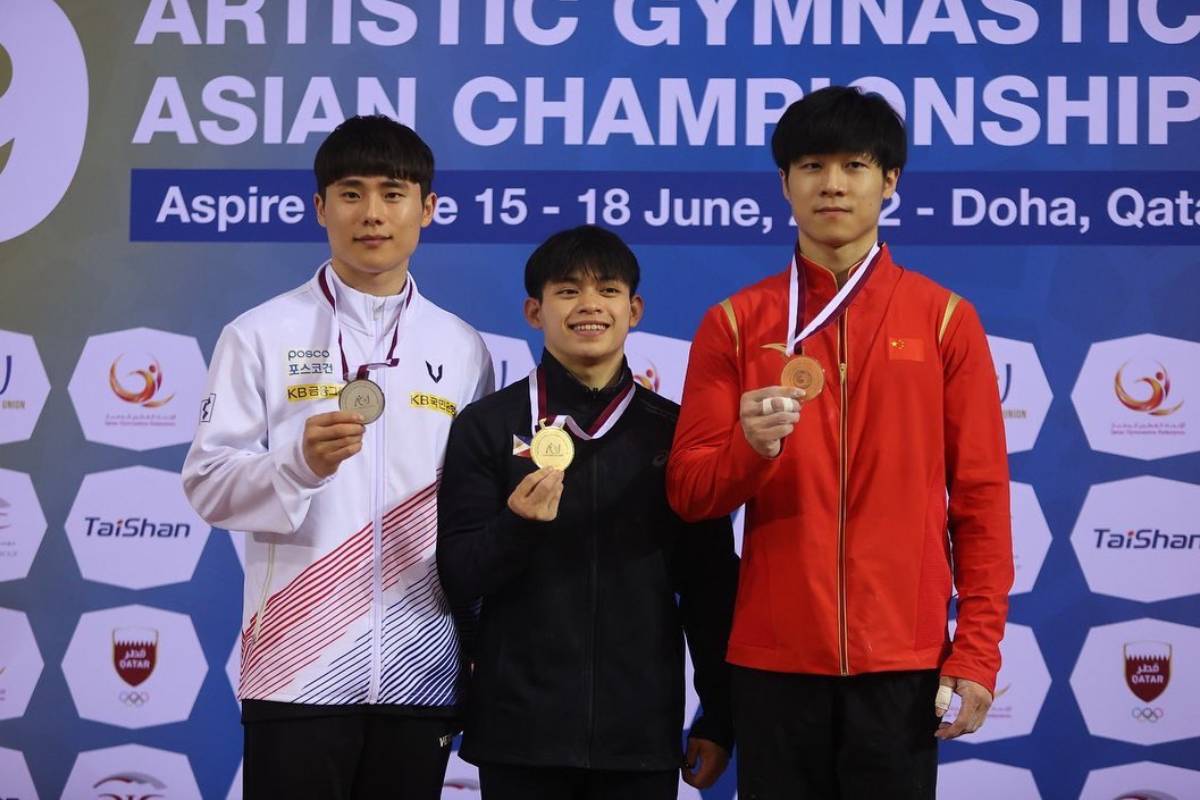 The 22-year-old gymnastic prodigy topped the apparatus final of the said event with 14.933. He captured his first-ever Asian title on Friday at the 9th Senior Artistic Gymnastics Asian Championships at the Aspire Dome in Doha, Qatar.

Heads above the competition with a routine that has a difficulty score of 6.300, Yulo made a clean pass and added a solid 8.633 execution score to finally break into the top.

This is the two-time Southeast Asian Games floor champion’s second medal in this continental championship. He previously finished with the silver in the men’s individual all-around event.

Yulo almost added another medal later in the night, as he barely missed the podium in rings with 14.000.

The 2021 World champion on vault and silver medalist on the parallel bars will take on the apparatus finals of the said events on Saturday.