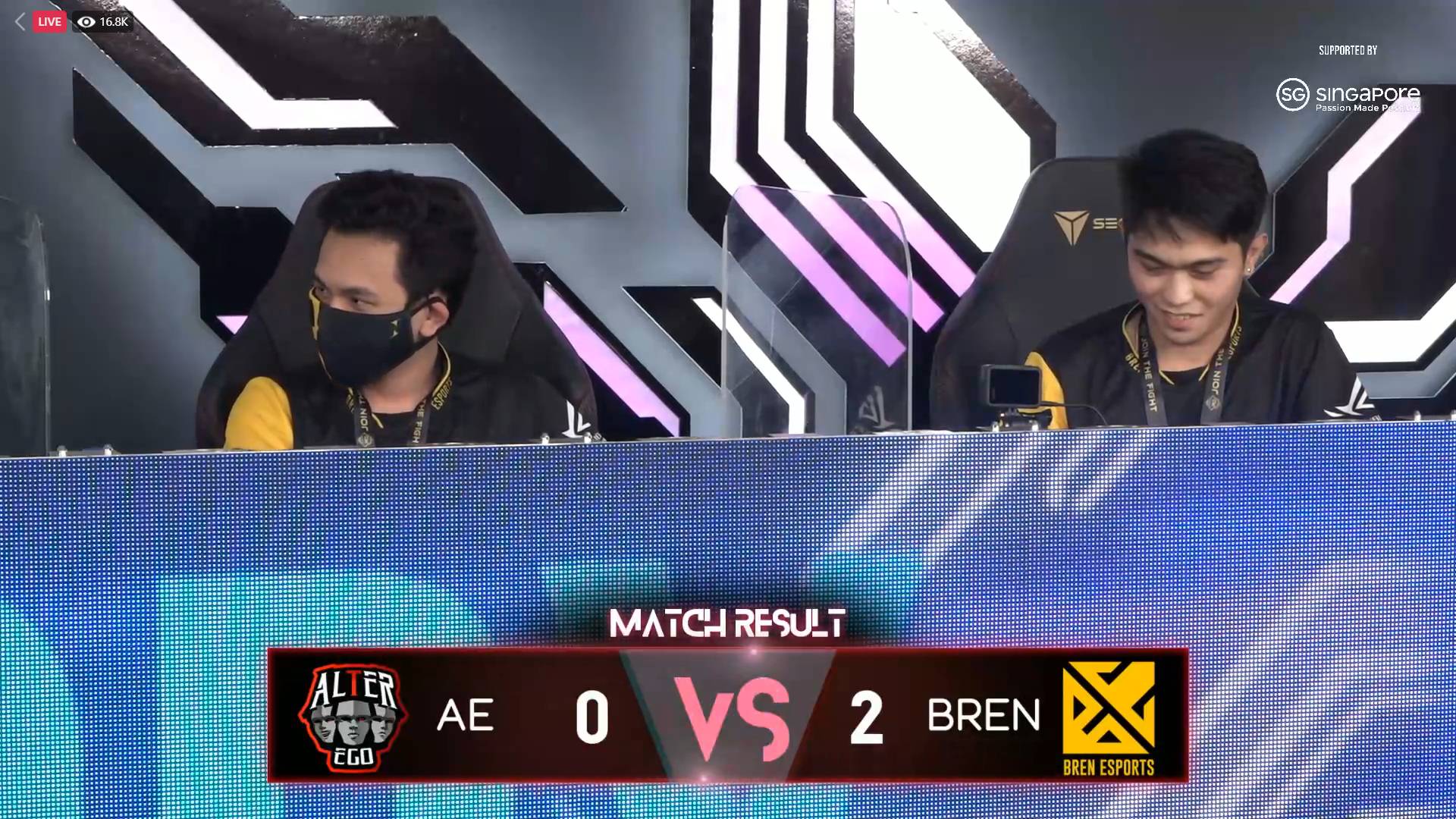 The Lusty-led BREN Esports punched its ticket to the M2 World Championship upper bracket after claiming sweet revenge on Alter Ego via a 2-0 decision at the Shangri-La Hotel in Singapore, Tuesday evening.

It was a nip-and-tuck affair in the opener, with both teams playing tug of war for neutral objectives. But BREN Esports’ excellent itemization gave them the edge in Game One. 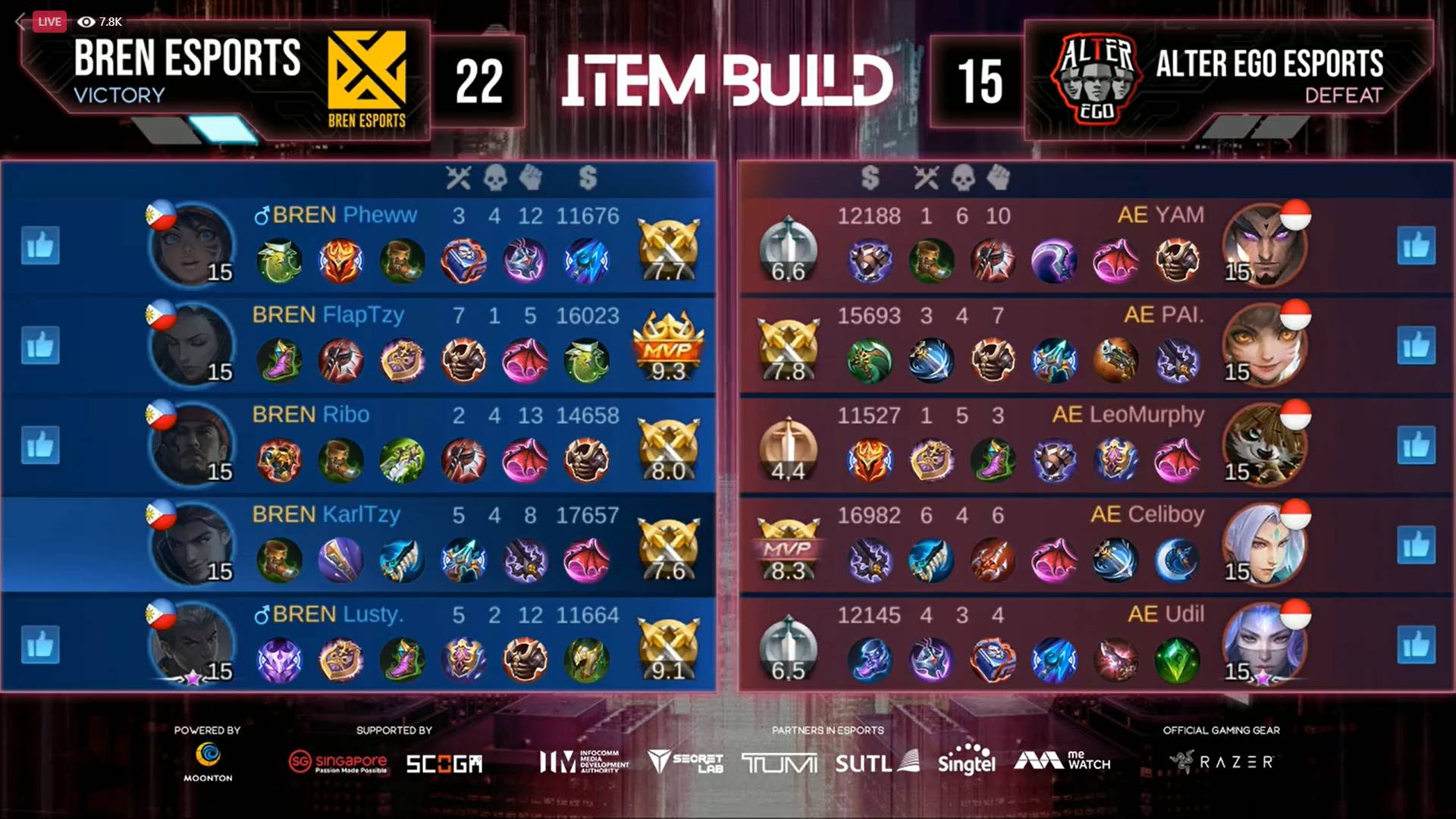 Lusty went for a Shadow Mask and Guardian’s Helmet for his tank Chou. He eventually won the MVP award in Game One with five kills, two deaths, and 12 assists.

FlapTzy’s insane sustain game with Benedetta played the perfect second fiddle to KarlTzy’s Claude. The former finished with seven kills, a death, and five assists, while the latter had five kills, four deaths, and eight assists.

Celiboy – who had a hard time in Game One, no thanks to the aggressiveness of FlapTzy, Lusty, and Pheww (Mathilda) – had six kills, four deaths, and six assists with Ling.

Game One lasted for 23 minutes and 14 seconds.

Pheww then amped up the BREN Esports machine in Game Two, spearheading the offensive strike to close out the series via sweep. 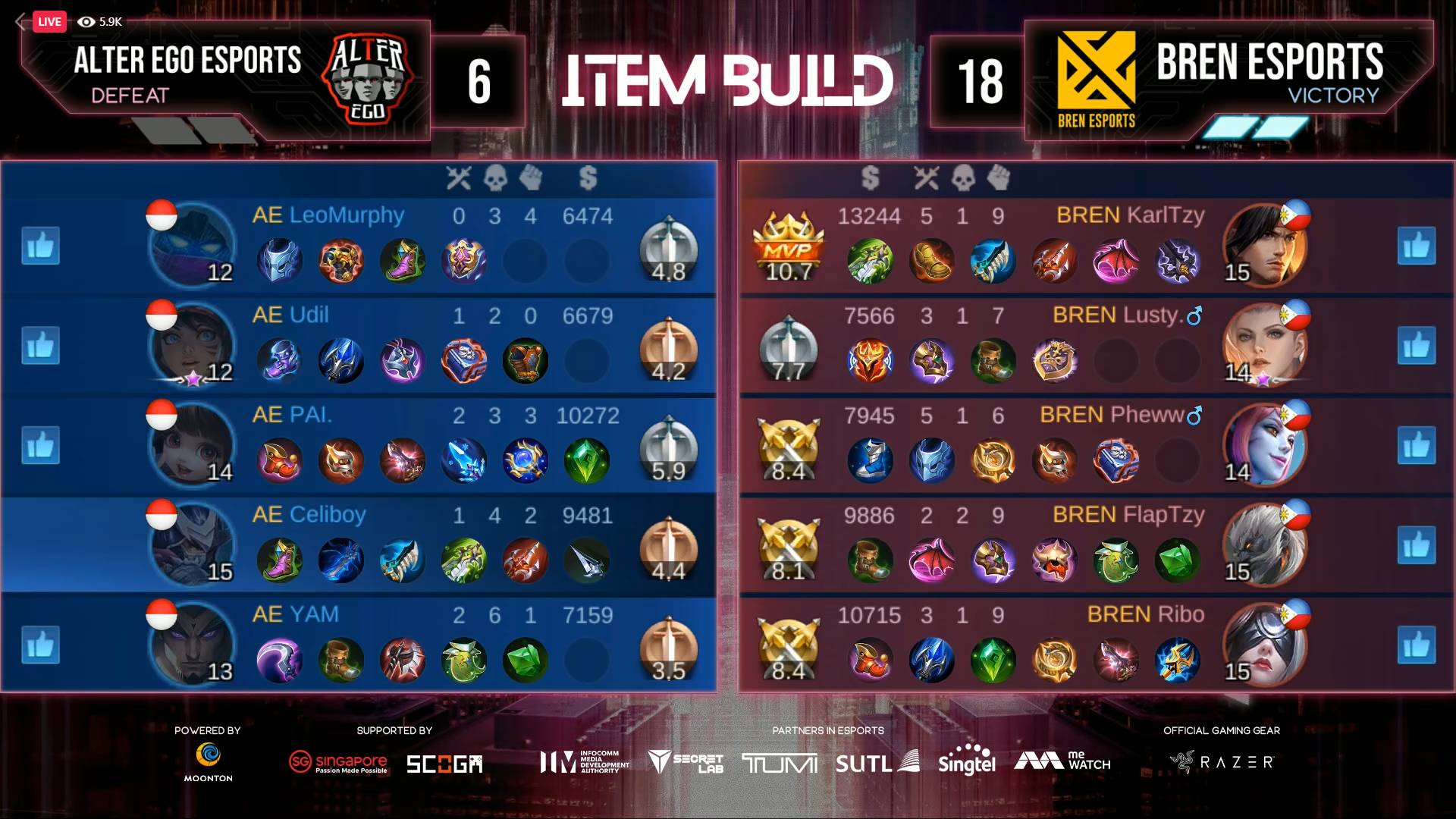 The two-time MPL-Philippines champion finished with five kills, a death, and six assists with his signature Selena. He was also the MVP of Game Two.

It was a revenge game of sort for BREN Esports after Alter Ego swept them in the grand finals of the ONE Esports MPL Invitational.

BREN Esports finished Group C with an immaculate 2-0 record. It will square off against MPL-Myanmar champion Burmese Ghouls in the upper bracket on January 22.

The reigning MPL-Philippines champion swept the Burmese Ghouls the last they met in the ONE Esports MPLI semifinals.

Alter Ego slid down the lower bracket. It will have to go through Russia’s Unique Deus Vult tomorrow.