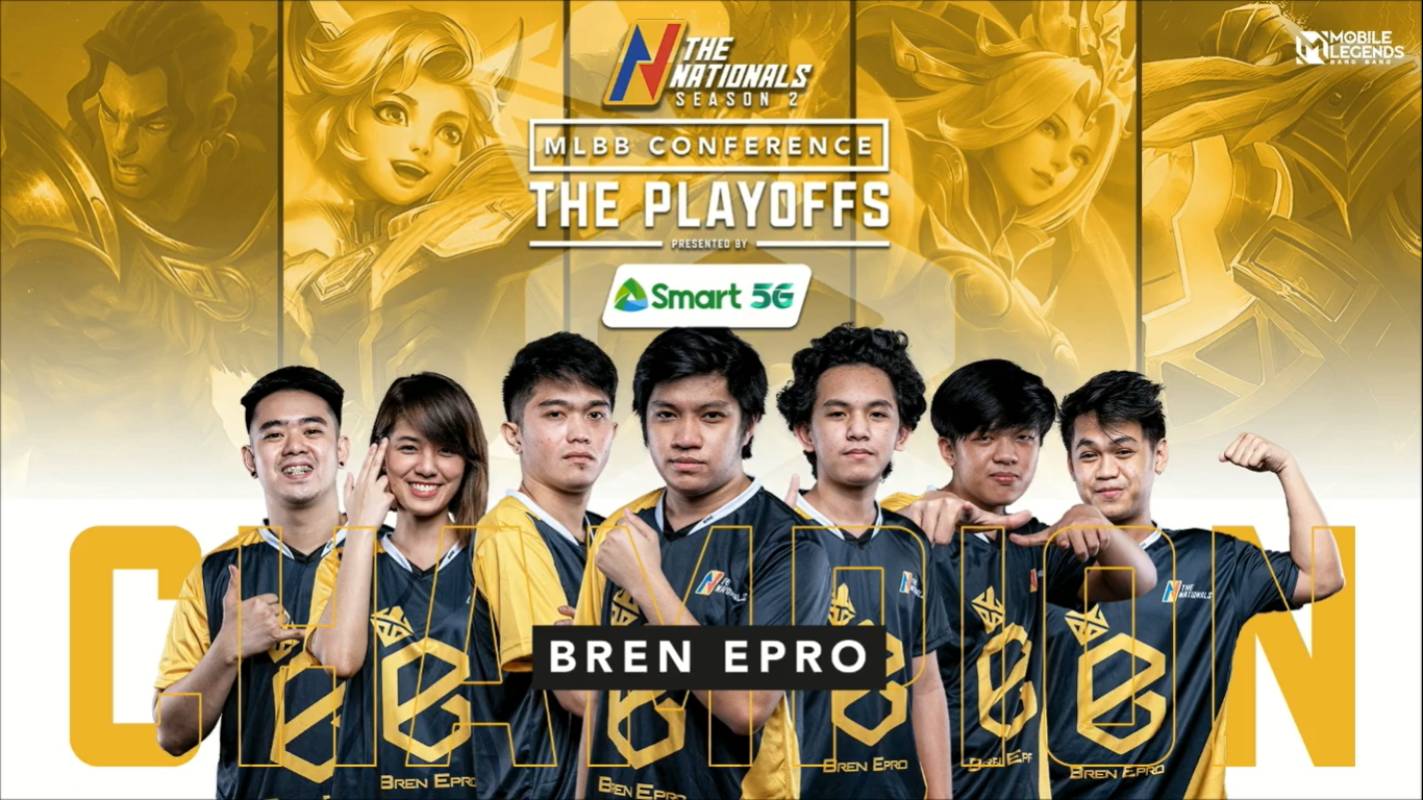 Ribo saved BREN Epro in a tight Game Five to complete the reverse sweep on rival Smart Omega, 3-2, to nab their second-straight The Nationals MLBB championship.

Ribo struggled all throughout Game Five, but the Southeast Asian Games gold medalist made sure to deliver when it matters the most.

With KarlTzy (Harith) trying to take down the lord, Ribo (Atlas) sneaked in from the bush to pop a three-man Fatal Links and eliminate BREN Epro’s biggest headache in Haze (Vale).

KarlTzy was able to secure the lord and take down Hadjizy (Roger) and KurTzy (Claude), respectively. That left Kenji the sole survivor from Omega in the clash, which then spelled doom for the SMART-powered squad.

The versatile MPL-Philippines veteran Ribo – who played multiple positions in the tournament – ended the match with a kill, five deaths, and eight assists.

On the other hand, Yellyhaze – who was the man of the hour before Ribo stole the spotlight – scored five kills and 10 assists along with two deaths. Hadjizy had six kills, two deaths, and six assists.

Smart Omega had the chance to lock the championship after winning the first and second games of the series. BREN Epro, however, was able to overcome Omega’s Diggie strategy in Game Three, which enabled the reverse sweep.

Smart Omega settled for another second place finish behind BREN Epro, dating back to the sixth season of the MPL-Philippines. Meanwhile, Laus Auto Group Playbook Esports ended its Cinderella run at third place.

BREN Epro and Smart Omega will be gearing up for the M2 World Championship this January.