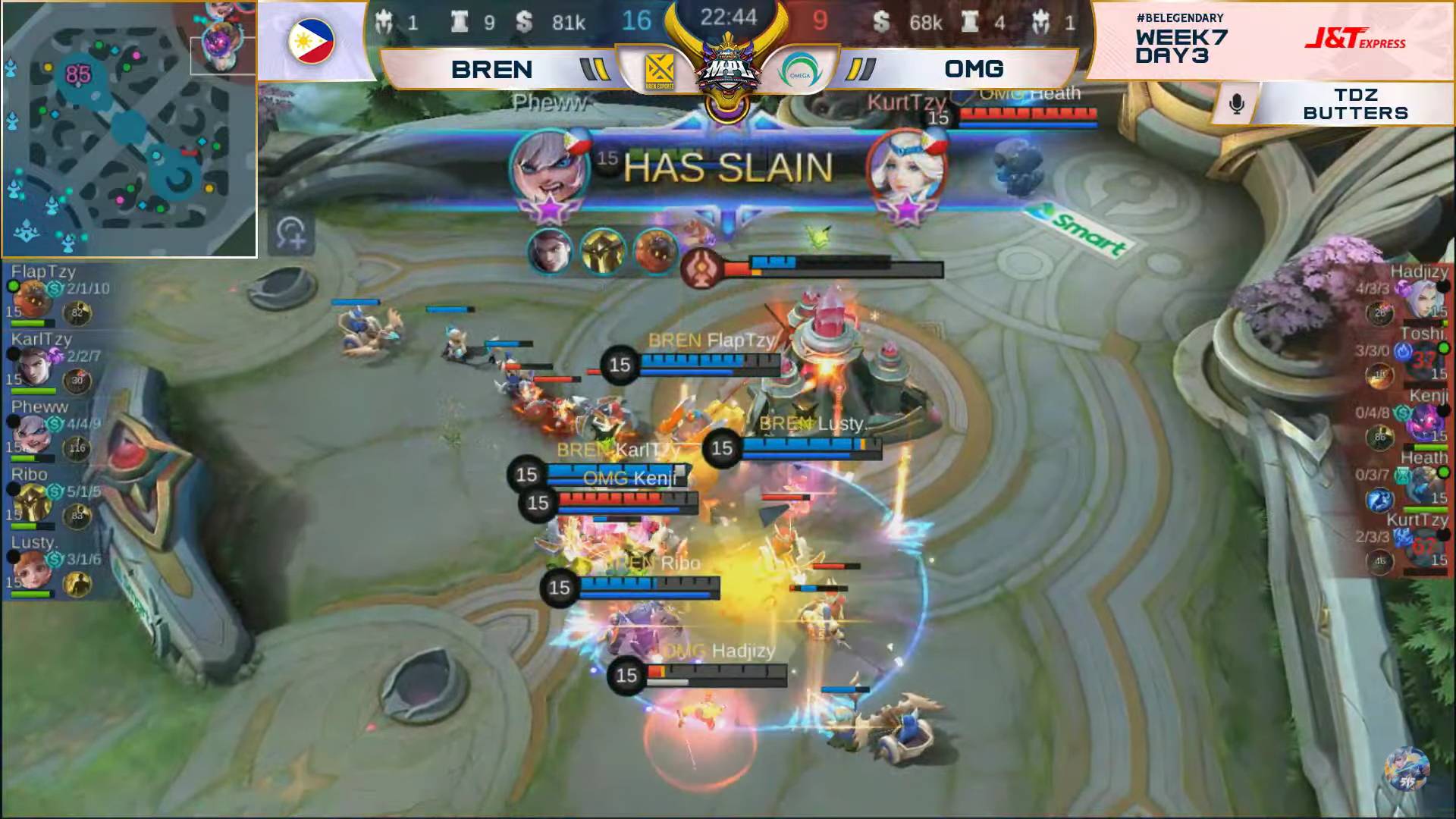 With their slot in the upper bracket hanging in the balance, Bren Esports placed all their chips on KarlTzy’s Claude — the same hero that won them the world championship.

Bren Esports also went with sustained sideliners such as the Barats and Uranus to prevent the Salic “Hadjizy” Imam’s Ling to split the map — just like in Game One.

KarlTzy finished with two kills, two deaths, and seven assists all while dishing the bulk of Bren’s damage. Meanwhile, it was CJ “Ribo” Ribo who won the SMART MVP with five kills and five assists against just one death in the 22:44-minute match. 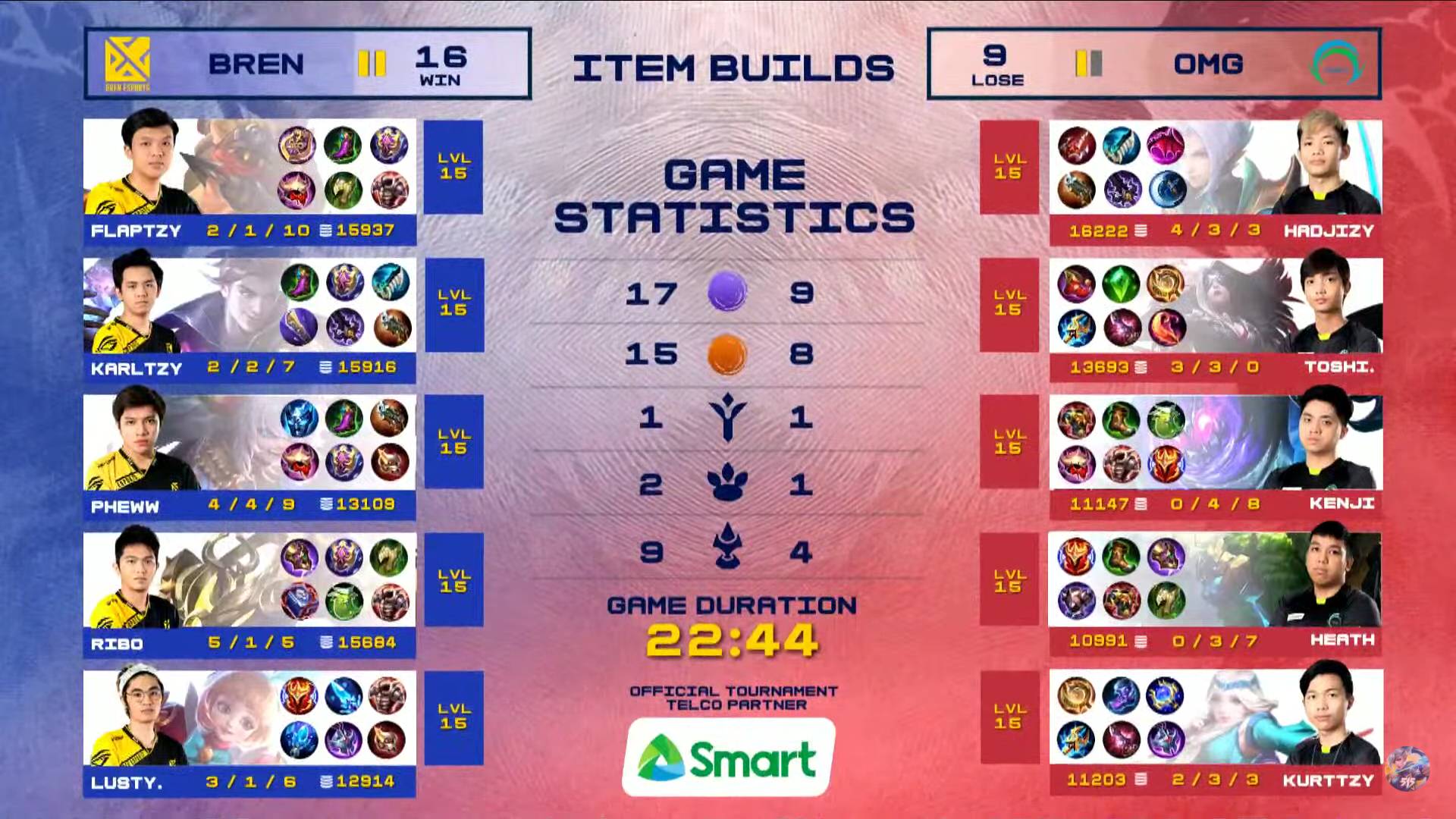 Omega Esports won the waiting game in the opener, securing a 10-4 Game One win after a long tug of war for the Luminous Lord.

The Smart-backed squad finally broke the lull when Hadjizy secured his Immortality. A Lord fight ensued which saw Omega take a four-man wipe, the Lord, and eventually, the win. 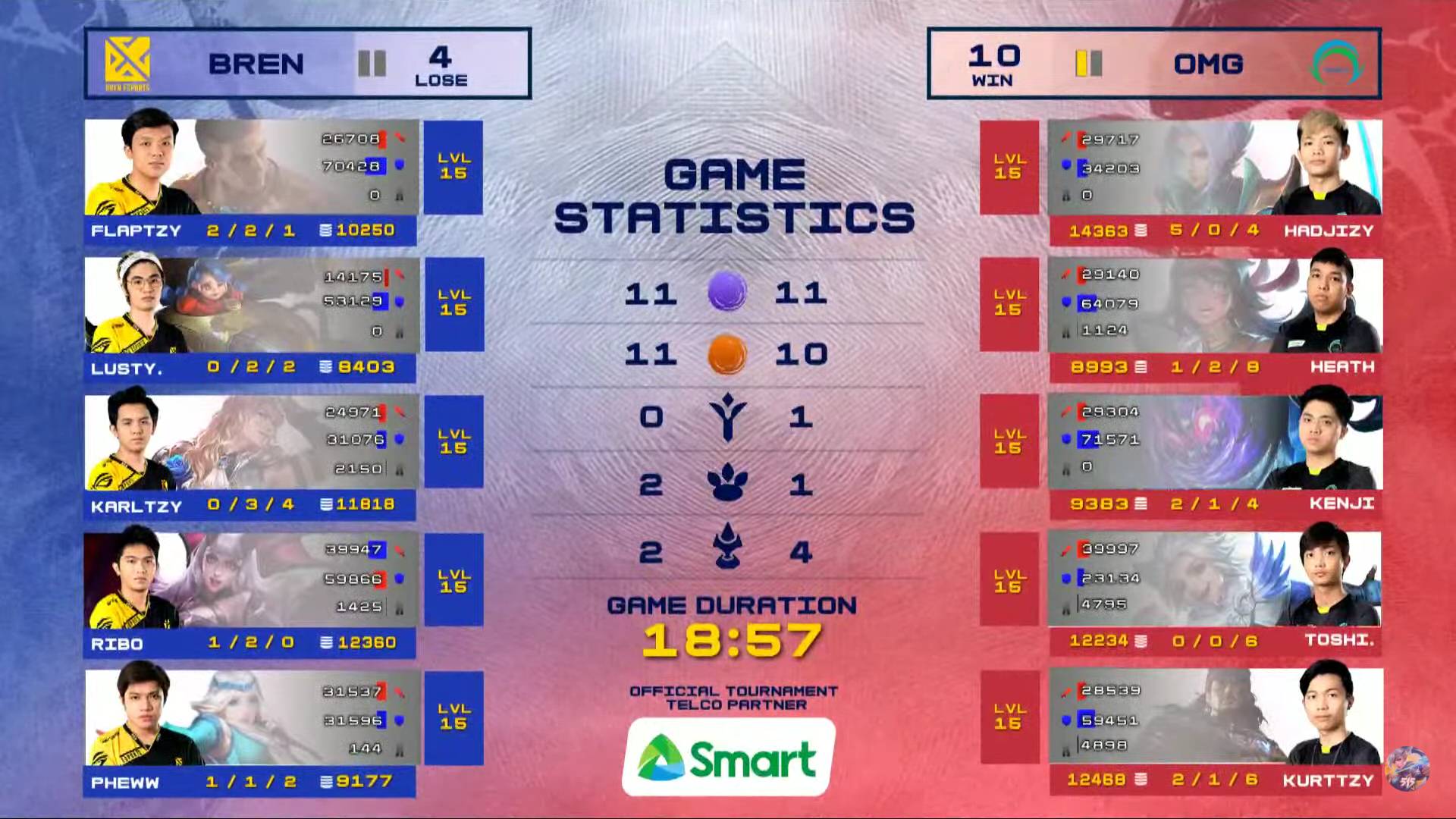 Looking to secure the upper bracket slot of their own, Bren Esports leaned on KarlTzy’s Claude to send the series to a decider.

The 2019 MPL-Philippines MVP outplayed both Hadjizy (Ling) and KurTzy (Hayabusa) with the Battle Mirror Image down the bottom lane as Angelo “Pheww” Arcangel’s Yve secured the double kill.

That proved to be the separation that Bren needed as they ran away with an 11-5 Game Two win.

KarlTzy won the SMART MVP with three kills and seven assists without a single death. 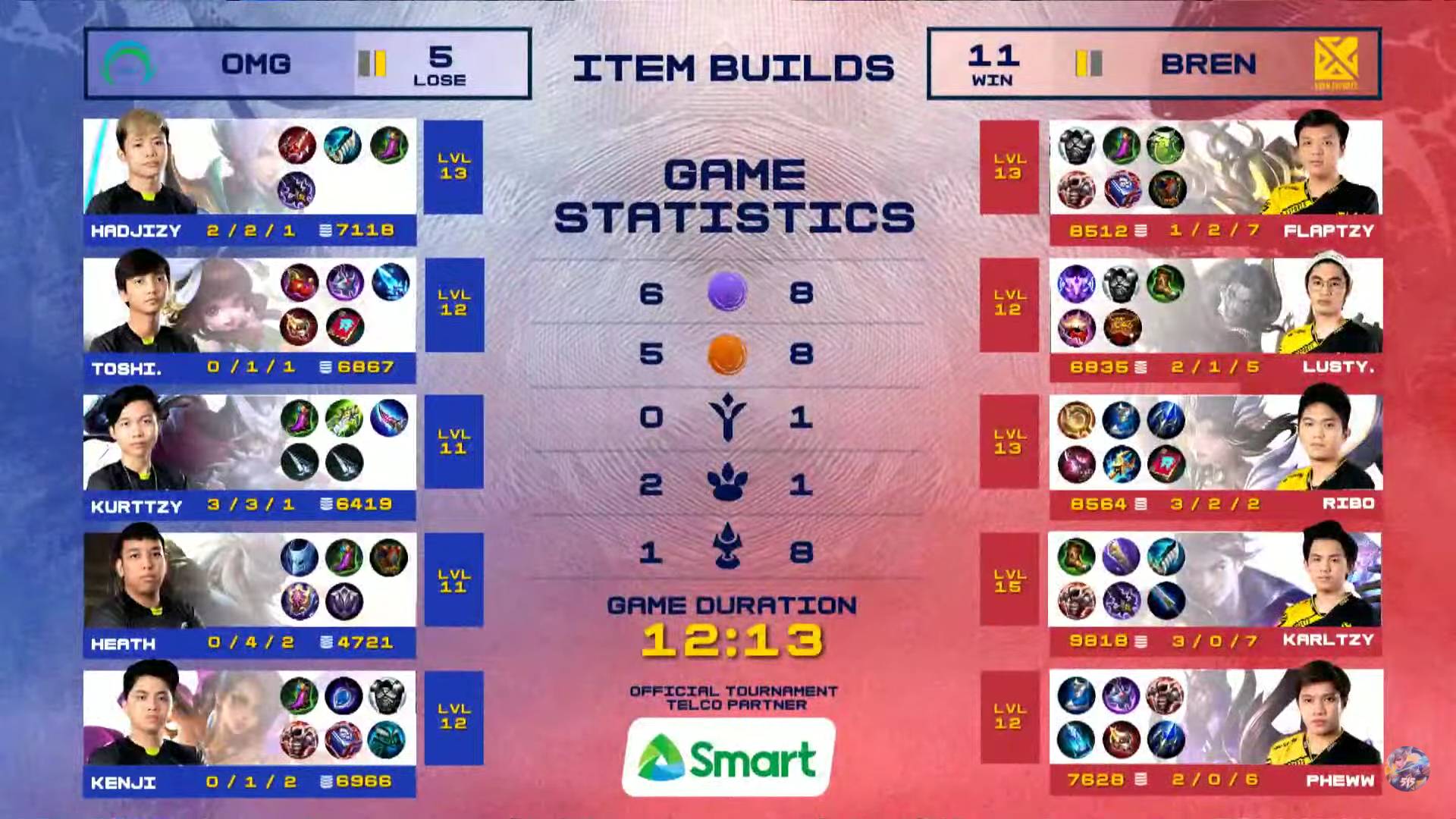 Omega Esports, despite the loss, still secured the last upper bracket slot in Group B. The Smart-backed squad finished the regular season with 21 points through a 7-6 standing.