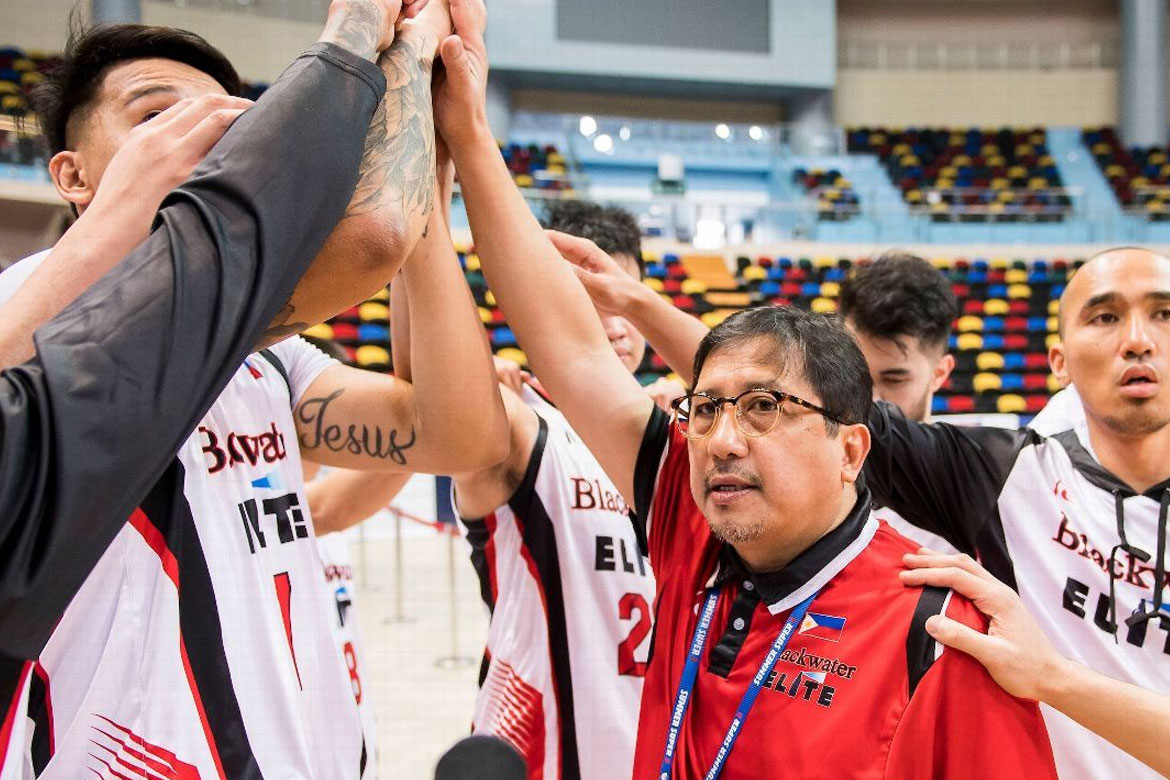 Of the two PBA ball clubs that waved the Philippines’ flag in the Asia League-hosted Summer Super 8 cagefest last July in Macau, it was the Blackwater Elite who flew back home with the most heartbreaking experience.

Back then, the Elite collected a 2-1 record in the group stages, which was good enough for a semis ticket. Unfortunately, a three-way logjam took place among Blackwater, Seoul Samsung Thunders, and the Guangzhou Long Lions.

With the triple tie, the quotient system was in effect. And it was the Elite who came out with the inferior quotient, and it was Seoul and Guangzhou that marched on to the semis – the latter went all the way to win the championship.

So for Blackwater head coach Bong Ramos, he only has one piece of advice for the iECO Green Warriors, who are set to represent the Philippines in another Asia League-hosted tilt, the Terrific 12: Just keep on executing.

“Kailangan lang every time, mag-execute sila every possession kasi napaka-importante nun kahit talo ka,” Ramos said on Wednesday night, after the Elite’s tune-up versus iECO that was called off due to a roof leak at the Meralco Gym.

Included in the Green Warriors’ lineup are Elite players James Sena and Mark Cruz, who were lent by Ramos as iECO needed personnel – iECO initially invited PBA D-League stars Trevis Jackson and Abu Tratter, but the two already had plans.

Sena and Cruz weren’t with the Elite in the Super 8. But having heard the stories and having felt the pain their teammates suffered in Macau, the two will surely remind the Green Warriors constantly to avoid what Blackwater ended up into.