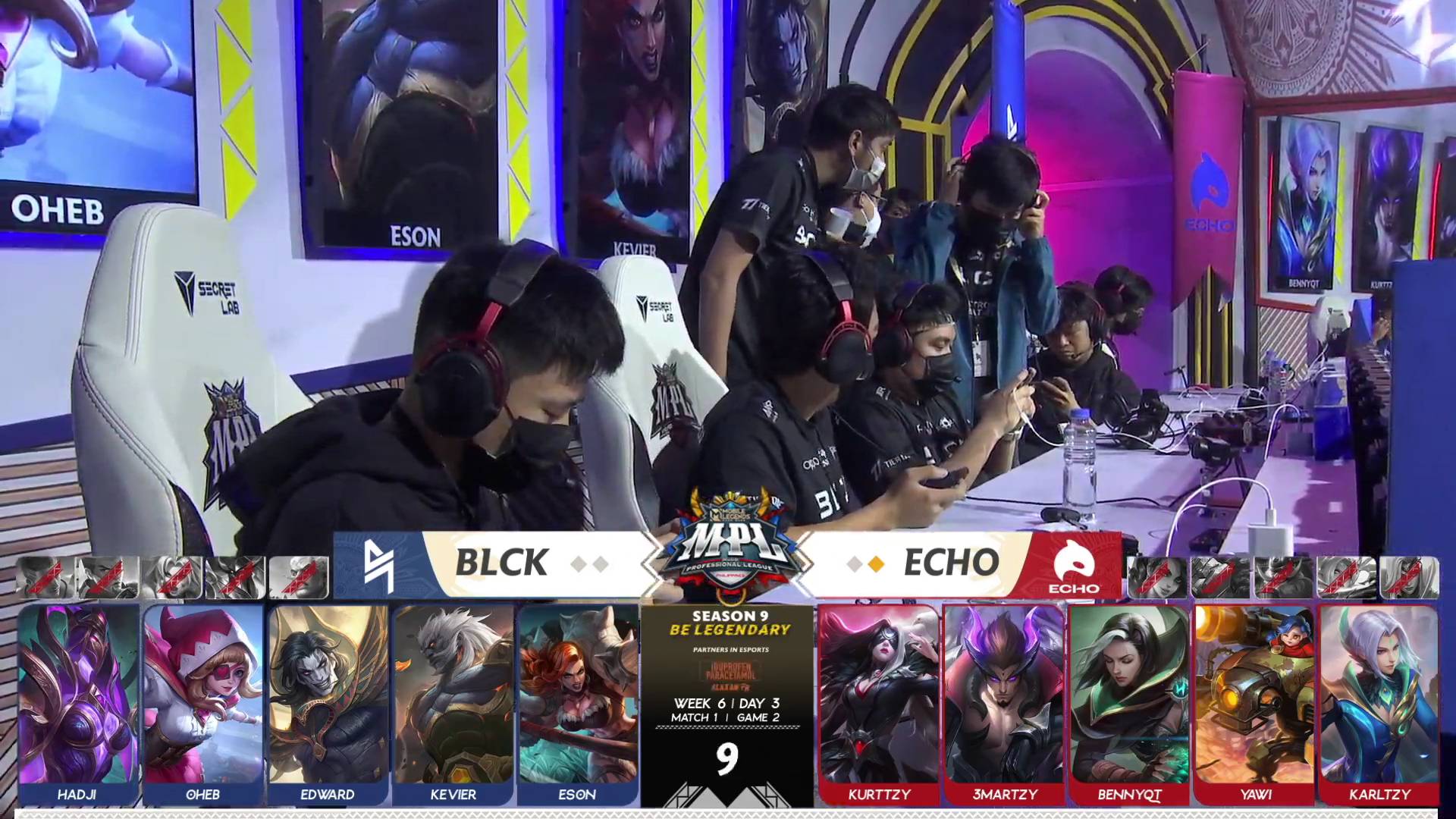 Is trouble brewing over at Blacklist International’s camp?

In Game Two, Blacklist International banned Paquito, Chou, and Masha, respectively during the first phase while ECHO took out Valentina, Karina, Franco in a particular order.

Then, the reigning world champions picked Yve first — an obvious Salic “Hadji” Imam hero — while ECHO followed it up by selecting Ling and Yu Zhong. Blacklist International then locked Baxia, the same hero that Kent “Kevier” Lopez used and struggled with in Game One, and Ruby, before ECHO closed the first phase with Pharsa.

With Phoveus being taken out, ECHO nabbed Benedetta right away. During the post-match interview, Benedict “Bennyqt” Gonzales revealed that it was a move to deny Edward “Edward” Dapadap considering that both teams took out a total of five possible experience lane heroes in the banning phase.

Khufra eventually went to Edward while Hilda was maneuvered by ESON. Yve and Baxia went to Hadji and Kevier as expected while OHEB handled Ruby.

The lack of damage in Blacklist International’s composition is glaring. With no late-game insurance — among other things — the back-to-back MPL Philippines titlist lost Game Two.

And they lost it badly.

ECHO went for a complete stomp in Game Two, annihilating Blacklist International via a lopsided 25-5 win in just 11 minutes and 10 seconds.

Indeed, most of the team’s problems in the second match can be traced back to the team’s drafting.

BON CHAN said in his Facebook post that he’s willing to accept the blame for the mishap because according to him, he’s already immune from all the bashing.

What came next, however, took everyone by surprise.

The player-turned-coach ended the post by saying that he will not be giving an explanation regarding what happened during the drafting phase in Game Two in order to protect ‘others’ — insinuating that some of the players or the team’s assistant coach played a hand in the unusual draft.

“I will choose not to explain to protect others.”

Blacklist International is currently hanging by a thread in the MPL PH standings with 11 points off a 2-9 slate at the sixth spot.